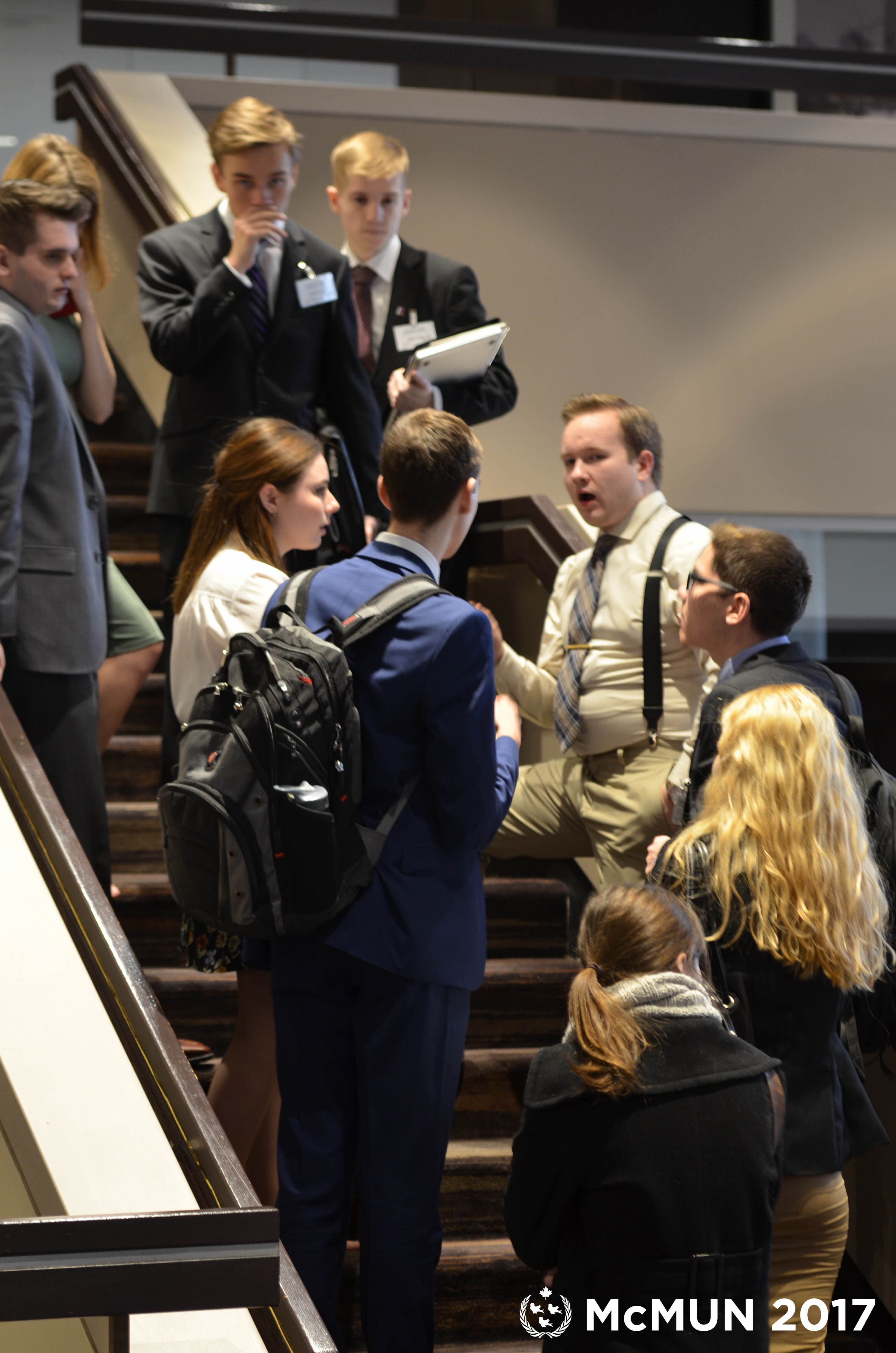 Delegates of the United Nations Environmental Assembly shared their thoughts on the committee, the city of Montreal, and the overall McMUN experience during their lunch break.

Lucas Corallo, a second-year student from the University of Toronto Scarborough, comments, “This is actually my first big university conference. I went to Harvard in high school, but there’s a totally different vibe on the university level.” They feel the conference is well-organized and has been running smoothly despite its imposing scale. “The chairs went out of their way to cater to new delegates and people who don’t have experience [in Model UN]. That’s really commendable.” Lucas brings us the opinion of the day: he prefers Quebecois French over European French.

When we approached Aimy Nguyen and Maylis Ndzi at a table in the first floor, this is what they had to say: “We like the location, and the fact that each committee is really interactive. There’s never a silence or a pause. But there’s also less chance for a student to talk because there are so many people in the same room.” They feel that the motions being passed do not reflect the interests of the entirety of the group because of the sheer amount of opinions that are being expressed. Hanza Muhamad sympathizes, expressing his frustration with General Assembly-type committees. “When we’re sitting near the back, it’s really hard for a chair to see our placards.”

The United Nations Environmental Assembly receives both constructive criticism — as displayed above — and praise, as was the case with Alex Paul, who tells us, “What I like about the Environmental Assembly is that [the Dais] are working in quadrants — they name one country from each corner of the room—and are insisting on calling people who haven’t talked. They’re doing a really good job.”

We conclude with a mindful reminder to use the least amount of paper you can so as to reduce our waste. This has been a public service announcement from the delegates of the Environmental Assembly.