United in their Division: Mrs. America and the Misrepresentation of Feminism 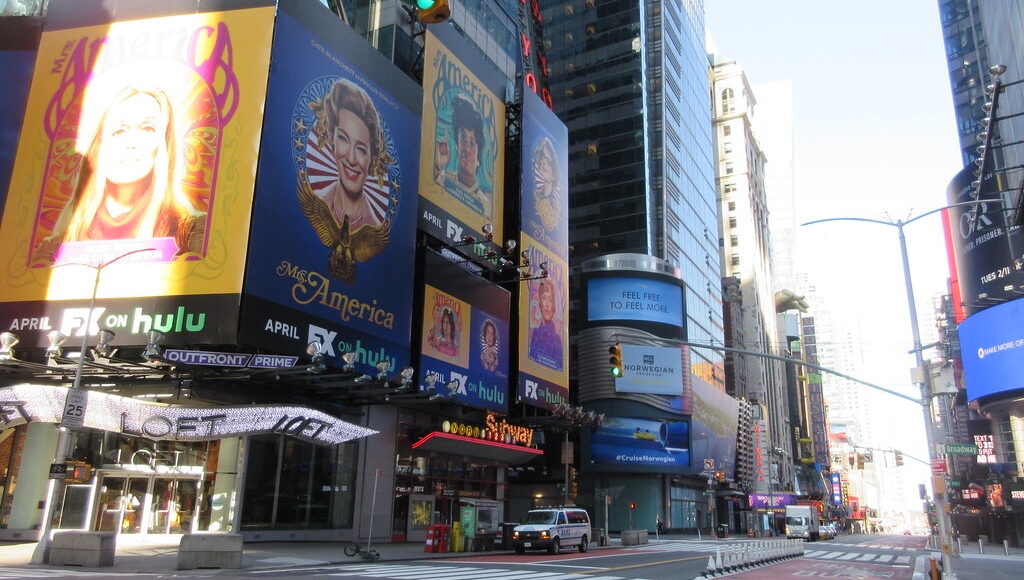 Marketed as the new best piece of feminist media, Mrs. America grossly misrepresents the movement it aims to unpack.
Share

There is no denying that an increase in feminist discourse can positively influence the advancement of gender equality. Yet often, an increase in such discourse allows revisionist versions of history to emerge that inaccurately portray the feminist movement to increase credibility. Produced by Cate Blanchett’s production company Dirty Films, the series Mrs. America is one such example. It follows the lives of various prominent actors of second-wave feminism, like Gloria Steinem, Betty Friedan, and Shirley Chisholm. However, the series’ main character is Phyllis Schlafly, the notorious leader of the Stop-ERA movement (a female-led anti-feminist movement of the period), who is portrayed as the most liberated woman there could be — implicitly characterizing her as though she were a feminist. However, Schlafly was not a feminist. With such an inaccurate lens placed on the movement, the takeaways become wildly different from the intentions of the show’s creators. Instead of giving voice to women of all forms, this series tries to argue that every woman is a feminist, threatening the credibility of feminism as a movement by cheapening and reducing its message.

The case of Mrs. America

The series certainly has a star-studded cast, including Uzo Aduba, Sarah Paulson, and Rose Byrne, who marketed it as the new feminist story we all needed in our lives. Apart from the fact that the story of second-wave feminism is not as obscure as it would lead us to believe, the series is wildly misleading when it comes to the movement’s history. The series pits prominent feminists against Phyllis Schlafly, their biggest rival. Each episode is framed around a new character, ultimately trying to tell the story of the feminist movement’s failed attempt at an Equal Rights Act amendment in the late 1960s and 1970s, an attempt stopped by Phyllis Schlafly and the Stop-ERA movement.

In their telling of yet another second-wave feminism story, Mrs. America does a disservice to the women it represents and the movement it tries to illuminate. For the series, each movement is feminist but simply expresses its convictions in opposing ways. While second-wave feminism fights for gender equality, independent women on the other side also fight for their beliefs. This could not be further from the truth. While the Stop-ERA movement was certainly female-led, its main goal was to stop the advancement of women’s rights, limiting women to home life and the private sphere, something men and Republicans latched onto. The series accurately portrays the beliefs of each group — the reproductive and public sphere rights demanded by feminists and Stop-ERA’s insistence that women have all they need at home — but, by framing both sides as equal-footed feminists, the series rewrites history.

To add insult to injury, the series portrays the second-wave feminist movement as an enlightened and inclusive one. It includes characters such as Shirley Chisholm and issues such as LGBTQ2IA+ rights in a big way to try and argue that prominent feminist groups of the time embraced intersectionality. This again inaccurately portrays the facts: second-wave feminism not only purposefully excluded lesbians from their ranks for fear of ‘losing credibility’, but they built their movement on the back of the success of the Civil Rights Movement, and yet largely fought for the rights of middle-class white women. By adding into Steinem’s speeches thoughts about race, class, and gender, the series attempts to give second-wave feminism credit for ideas that simply did not exist at the time. Of course, these narratives are important, but second-wave feminism did not amplify them.

“Every woman is a feminist”

Mrs. America further cheapens what the feminist movement stands for, suggesting that, simply by being a woman, you are a feminist. Feminism is defined as “advocacy of equality of the sexes and the establishment of the political, social, and economic rights of the female sex; the movement associated with this.” Phyllis Schlafly and her compatriots meanwhile did everything in their power to limit these very rights, confining women to the private sphere and arguing that a woman’s place is in the home. Schlafly’s story should not be silenced as it is a valuable history lesson. Still, the series uses Shlafly’s attempt to become a more serious politician to imply that her political endeavours made her an independent woman and thus a feminist. Claiming that all women are feminists in this way perhaps gives the series credibility, as men cannot argue for their own sexist views by citing anti-feminist women. But while all women understand what it means to be female, not all are feminists. Clearly, Schlafly and her followers were the exact opposite.

Revisionist narratives such as Mrs. America cheapen the work of feminism by pretending that all women were on the same page. By lumping all women into the same category, media and ideologies are doing exactly what feminism is fighting against. These narratives reduce women to one voice, one stereotype, as if all women are the same. Feminism itself argues that every woman is different and should therefore be allowed the same rights and choices as men in order to fully express their own individuality.

So what does this all mean? Simply put, women are in a lose-lose situation. Female creators can either say that all women are feminists in order to keep those who use the diversity of female perspectives against the feminist movement, or they can acknowledge the diversity of female thought and apparently lose credibility because this acknowledgement opens the door for critics. This duality is reminiscent of the inescapable public/private divide: while women are now able to participate in the economy and public life, they are still expected to tend to their home lives, simply stretching them thinner than they already were. As always, women seem unable to win.

Mrs. America taps into the ongoing issue of fourth-wave feminism’s intersectional approach. Since the turn of the century, an intersectional approach has been central to the feminist movement and thought, a large departure from previous iterations. However, this series tries to put ideas from fourth-wave feminism into the framework of second-wave feminism, essentially making the movement appear more intersectional and diverse in its approach than it was. The issues with this are not hard to see, as the series essentially glosses over much of the struggles women of colour had in second-wave feminism. By deploying this modern approach to feminism when discussing feminism of decades past, pieces like Mrs America, Bridgerton, and Moxie try to capitalize on more diverse audiences by catering to a wider range of viewers without actually doing the work of explaining history and doing it justice. Of course, it is important to be diverse and intersectional in our approach to feminism, but re-writing history is not the answer. Doing so cheapens the struggles of historical figures of colour and glosses over their exhausting and ongoing efforts to be involved and acknowledged in the fight for justice. Feminism, constantly changing and evolving, undeniably has its place in society — sugarcoating its reality in an attempt to persuade more people defeats its purpose. If everyone agreed on its tenets, we wouldn’t need feminism: its divisive nature is the very thing that makes it effective.