United States Military Spending Has Blown Through the Roof. So Have the Profit Margins of Global Arms Producers and Military Contractors. 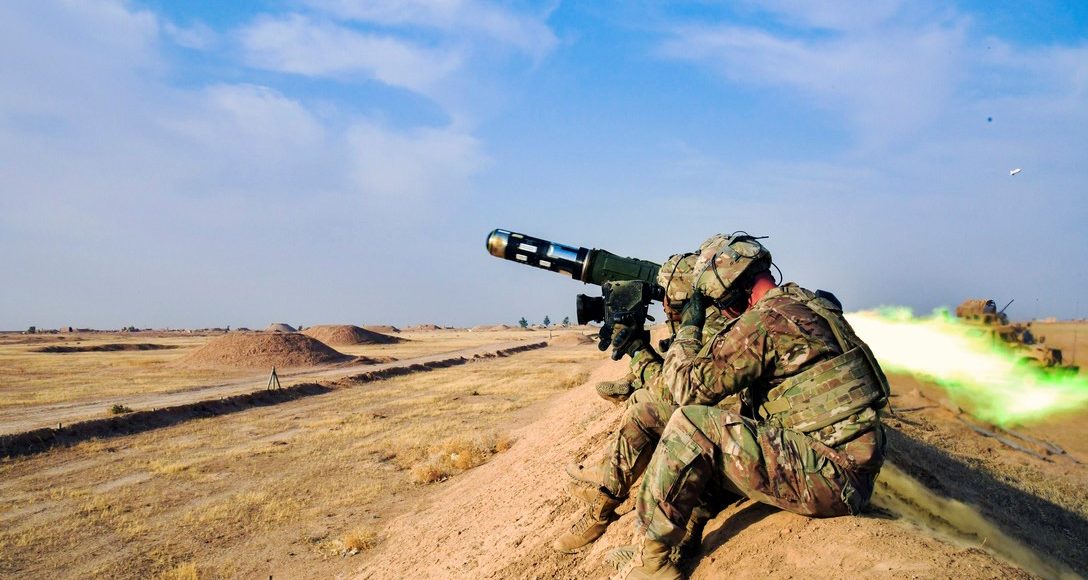 This July, the Congress of the United States passed its defense budget for the 2019 federal fiscal year.  The spending bill passed will cost the United States $716 billion, $82 billion higher than the current annual budget.  The bill, known as H.R.5515, or the John S. McCain National Defense Authorization Act for Fiscal Year 2019, passed the Senate with 87 yea votes and 10 nay votes. In the house, the same bill passed with 344 yea and 81 no votes.  Despite the significant increase in spending proposed and voted on in Congress, there was little buzz about the results of the vote in the United States.

With the booming military budget, one might expect that the American economy and its people are doing well. While some argue that the American economy has reached a “boom” phase with job growth and low unemployment, everyday life for Americans, in reality, has become increasingly difficult. In 2017, 78 percent of Americans working full-time lived paycheck to paycheck, up from 75 percent in 2016. Meanwhile, the student debt crisis has worsened: 44 million people in the United States owe a total of $1.5 trillion in student debt. Finally, according to a 2017 Business Insider Report, the median net worth for all families in the United States has dropped 8 percent since 1998, with the poorest families seeing their net worth fall by 22 percent, and the second lowest income tier seeing theirs drop a whopping 34 percent.

With these numbers in mind, why the off-the-rails spending for the military when it is so clear that the working people of the United States need better access to basics such as housing, healthcare, and education?

Although prospects for working people have worsened in the United States, American politicians have often argued that individuals should be self-sufficient and operate without government assistance. When provided, said assistance is often perceived as an entity that should be minimal. It has not been uncommon, for example, for Republican politicians to even suggest that the food Supplemental Nutrition Assistance Program (SNAP) users buy be monitored, arguing that taxpayer dollars should not be going to junk food.

Despite politicians’ frequent appeals to individual and fiscal responsibility when it comes to the everyday habits of Americans, it does not appear that they are willing to apply these same concepts of responsibility to military spending. The United States defense budget for 2019 is evidence of this hypocrisy itself. With this in mind, one could argue the financial priorities of the United States seem to be out of order. It is important to understand, however, that there is a distinct reason for this, and it is all about the money: there are individuals that stand to lose a lot of money if the United States were to cut its military budget.

As the recent bill suggests, the United States has spent considerably on its military, especially in recent years.  It currently far outspends any other country and even spends more than the next seven countries on the list of biggest military spenders combined. In 2017 alone, the United States spent $610 billion.  This amount was more than double the runner-up in defense spending, China, who spent $228 billion on military-related affairs.  While the United States already spends more money on defense than any other government by leaps and bounds, the new federal budget approved even gives the Trump administration more money than it requested for the 2019 fiscal year from the United States Congress. Global spending on military budgets remains high: about $1.7 trillion, or 2.2 percent of the global GDP, was spent on this area by the international community in 2017.

Despite having a reputation for being less supportive of wars than their Republican counterparts, the Democrats also voted heavily in favour of the bill in both the House and the Senate, with 60 percent of House Democrats and 89 percent of Senate Democrats voting for the measure.

Much of this military expansion, and therefore, the need to expand the military budget of the United States, has happened under Democratic President Barack Obama’s watch.  Although President Obama did end Operation Iraqi Freedom and Operation Enduring Freedom, which ended much of the United States’ involvement in Iraq, the Obama administration became involved in the conflicts of several other countries, such as civil wars in Libya and Syria.  Despite the fact that military spending technically went down during the Obama era, American military involvement in world affairs increased in other ways. In fact, Obama approved the biggest nuclear arms buildup “since the Cold War,” a $348 billion investment to update and expand the nation’s nuclear arsenal between 2015 and 2024. During his presidency, Obama also “expand[ed] and normalize[ed] the use of armed drones for counterterrorism” during his years in office in countries such as Somalia, Yemen, and Pakistan.

As American military spending has increased with recent defense budgets, so have corporate profits for companies in the defense industry.  In 2016, the Pentagon issued $304 billion (over half its budget for the year) in contract awards to corporations. Many of these companies profiting from the war, such as Lockheed Martin, Boeing, and Raytheon, do not hide that many (and in some cases, such as the case of Northrop Grumman, almost all) of their profits are tied to the state of American foreign affairs at any given point in time. There are only a handful of companies that focus on arms sales, and at times it has been observed that the sales of these companies are directly linked to budget-related choices made by the United States Department of Defense. The Watson Institute of International and Public Affairs at Brown University notes in its Costs of War Project that these military corporations have tangible influence on think tanks and public policy in the United States: Trump’s budget proposals resemble the proposals of the Heritage Foundation, a conservative think tank that has received significant donations from military corporations. Moreover, many former employees and associates of these corporations now have been appointed to work at the Pentagon or the Department of Homeland Security.

In other cases, corporations have literally been created for the purposes of privatizing war efforts, such as Blackwater (known since 2011 as Academi, as well as some other spin-off corporations). Upon its founding, the founder of Blackwater claimed ‘‘We are trying to do for the national security apparatus what FedEx did for the Postal Service.’’ While it is true that many have distanced themselves publicly from Blackwater, it is also true that Academi and Blackwater’s other descendants have still been securing significant profits from war-related endeavors.

At a time when some are making millions in the industry of war, many in the United States are struggling to make ends meet.  Ultimately, the United States’ priorities have been skewed by the profitability of war in a horrific and destructive way, and many innocent people living in countries the United States has been involved in have had to pay the price. It is certainly time for America’s participation and spending in foreign wars to come under greater scrutiny in the eyes of the public.  It is also time to ask: do profit-based economic systems make horrific situations like this unavoidable?

Stavroula is a M2 student pursuing a masters degree in History. She has a BA in History and Modern Greek from the Ohio State University with a minor in Russian. She specializes in North American and Eastern European politics, feminist politics, and the politics of migration. In her free time, Stavroula enjoys comedy writing and improv.