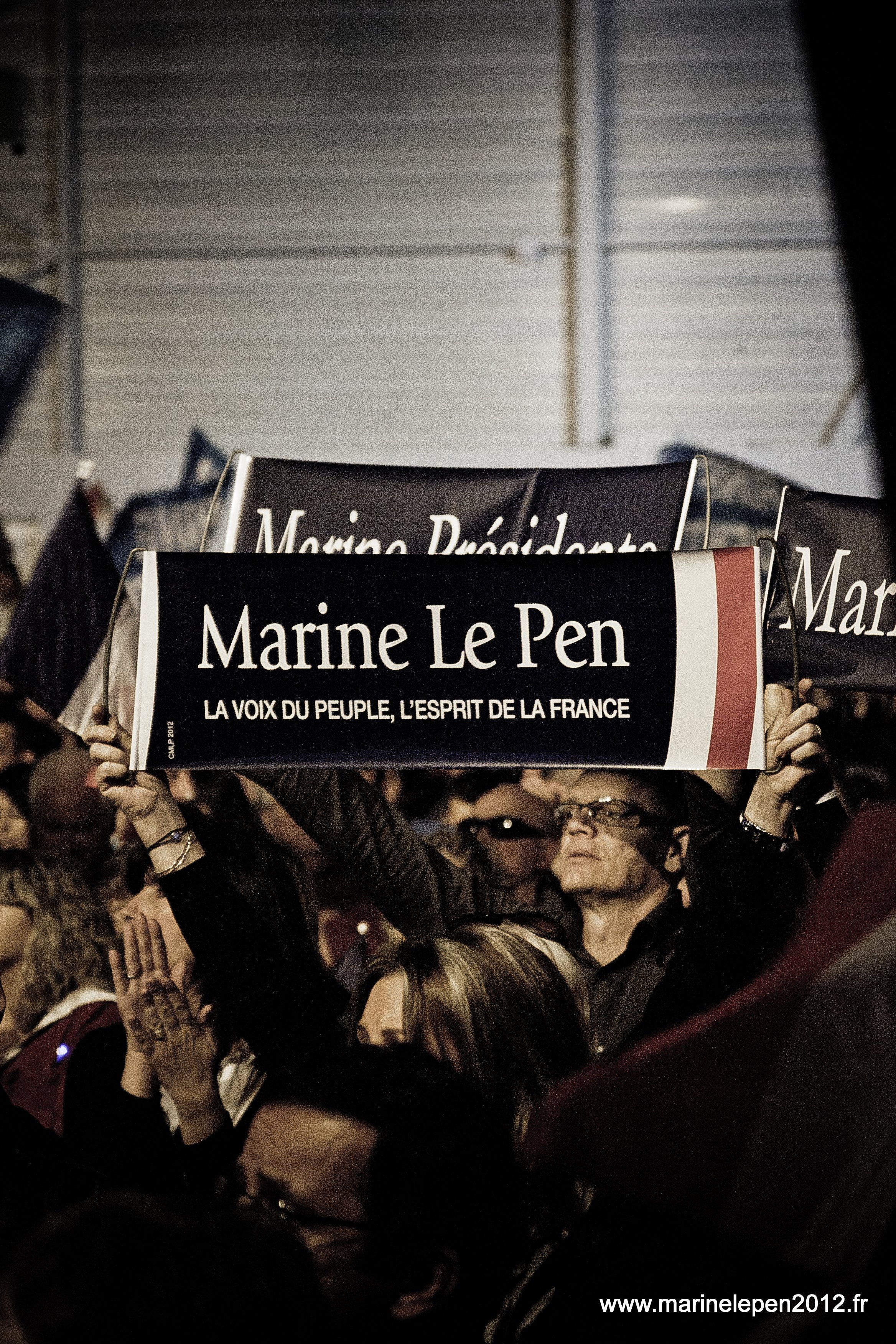 Donald Trump’s victory on November 9th has come as a shock for many. It is the victory of a populist electorate that sanctioned the elite leaders of the country. Trump’s election has created deep concerns in Western Europe, which is already on shaky ground as it watches a new generation of populist leaders emerge. The French presidential election is set to take place in 6 months, and President-elect Trump’s victory could be a sign that the French far-right party, Le Front National led by Marine Le Pen could surge to victory in another stunning upset. According to Le Pen, Trump’s election should reassure her French electorate: since the United States elected a populist president with a nationalist and economically protectionist policy proposals, France should be able to do the same. The question for analysts and pundits now becomes whether his “Trumpist tide” will spread throughout France in the coming months.

“Nothing is immutable,” Le Pen said after Trump’s win. She was one of the first politicians to congratulate Trump after his election, despite her expressed reluctance towards some of his policy stances and personality during his campaign. Indeed, Le Pen is not a Trump fan but a confirmed anti-Clinton advocate, as she sees Hillary as the pure product of Washington elites who is unable to address the concerns of the people. Le Pen shares some of Trump’s main political ideas, such as the rejection of immigration and a shift towards economic protectionism. They appeal to the same demographics as well: Trump’s victory is due to a specific electorate that Le Pen wishes to expand in France.

We sometimes forget that populations are primarily composed of the middle class, whose concerns and opinions are far from elite politicians, intellectuals and academics. This is precisely what led Trump to victory. He adopted an anti-system speech centred on the defence of the middle class, who are supposed to be the victims of globalization. He has come to call them “the forgotten” of society. As Democratic presidential candidate Bernie Sanders said, Trump’s victory is due to “the anger of a declining middle class that is sick and tired of establishment economics, establishment politics and the establishment media.“

France is experiencing the rise of a similar electorate: white voters, particularly  blue collar workers of low socioeconomic status  living in rural and deindustrialized regions of northern and eastern France. This group of voters has lost trust in the competence of traditional elites to take their best interests at heart. In the past, this electorate was reluctant to go to the polls,believing that their voices were never heard.

However the arrival of Le Pen as the leader of Le Front national has seemingly emancipated this populist electorate in France. More democratic than her nationalist father, Le Pen has led a movement of “de-demonization of the Front national“ in order to soften its image. Similar to Trump, Le Pen has accused immigrants of bringing crime and insecurity to France, as the nation struggles with a cluster of terrorist attacks, financial difficulties and a break-up of its elites within the two mainstream parties: the Socialist (PS) and the Republicans (LR), the latter of which is currently engaged in a race for primary elections. Therefore, Trump’s election comes as a godsend for Le Pen, giving her optimism that it is indeed possible to mobilize this disenchanted electorate and urge them to vote based on anger and feelings of disconnection from their leaders.

Yet, it seems difficult to see a victory of the far right party next May. First, because the voting systems in the United States and in France are different. The American two-party system gives little chances for pluralism: it is either black or white. On the contrary, France has a multiparty system with two rounds of elections: it gives fewer chances for anti-establishment parties to access to the second runoff of the election. Even if Marine Le Pen reached the second round of the election, as her father Jean-Marie Le Pen did in 2002, French political parties would call for a national coalition between the conservatives, the socialists, the radical-left, and the ecologists to prevent a Le Pen victory.

Furthermore, a few days after his election, Trump has already backed down on a certain number of issues that were key to his election: provisions of Obamacare he had said he wants to repeal would now be retained and his proposal to deport more than 11 million illegal immigrants has now been reduced to 2 million and been restricted to only specific cases. Trump seems to have adopted a softer position after his election. This could have a direct effect on the French populist electorate: if Trump is a smooth talker who then backed down on his major proposals once he became president-elect, Le Pen may do the same.

Moreover, if the President-elect of the United States keeps his protectionist commitments after his inauguration in January 2017, “there is always the chance that backlash against Trump could weaken U.S. and European ties, especially if he makes good on his promise to withdraw support for NATO.” French voters, even the populists, are attached to the historic relationship between the two democracies. The perspective that this relationship could be undercut after Trump’s inauguration could certainly have an impact on their vote.

Finally, Trump’s election to the White House has also urged Le Pen’s opponents to the French presidential election. This will encourage the Socialists and the Republicans to pursue “tactical voting” in favour of a single candidate that could counter Le Pen in May. Voters will therefore have different options in May, among which are the young centrist Emmanuel Macron, a socialist candidate (incumbent President Hollande has not yet announced his candidacy), a centre-right Republican (most likely to be Fillon or Juppé) and a radical-leftist, Mélanchon.

Trump has convinced the American populist electorate last week. If his victory came as a surprise to the world, his election has also led to further concerns about the upcoming French presidential elections. Marine Le Pen strategy to defend “French national interests” will benefit from Trump’s success. However, the euphoria of the first days has already give way to uncertainty as for Trump’s electoral promises. As Emilia Palonen, a Finnish scholar, said, “it is not all one-way.” The French populist electorate will take the next few months prior to the presidential election as a test. The French Republican (LR) primary elections this week are also crucial for the upcoming presidential election: if the party is able to gather around one leader, the chances to see a “Le Pen success” in May will be effectively reduced.French mainstream politicians still have the opportunity to rally the support so that tomorrow Trump, Putin and Le Pen will not run the G8.