United We Roll! The Campaign for a Cruder Canada 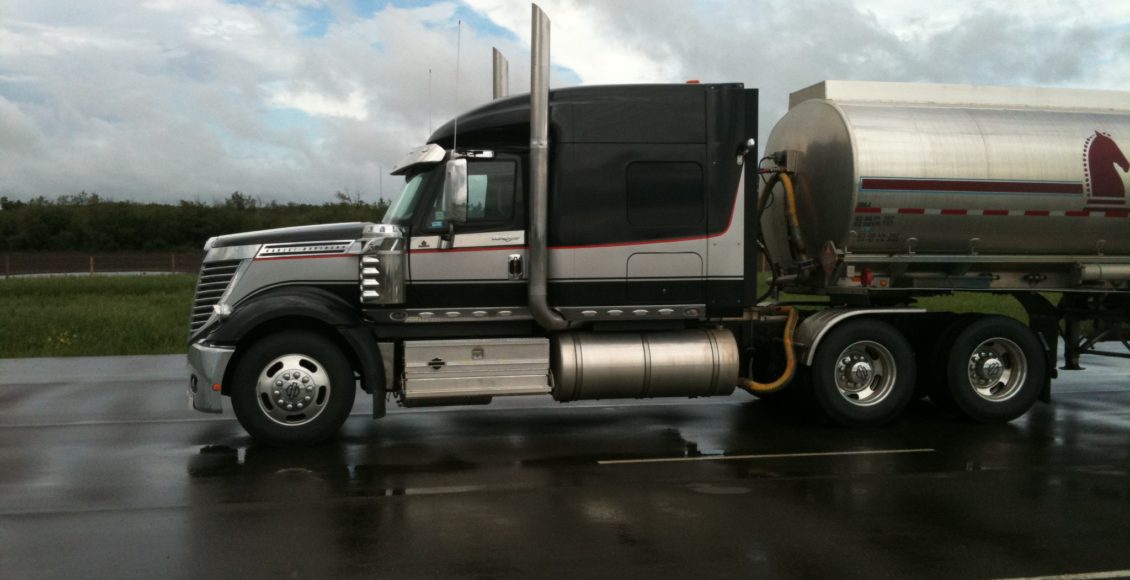 A pipeline to carry oil to tidal waters. The end of Bill C-69. The end of Bill C-48. No more carbon tax. These are the demands of the United We Roll! movement, a convoy of trucks from Red Deer, Alberta that pulled into Ottawa on February 19 to make their voices heard. United We Roll!, originally called Yellow Vest Canada, is made up of oil patch workers and their supporters who are unimpressed with the direction Canada is taking regarding natural resources and environmental regulation. Many of the participants who gathered in Ottawa shared the sentiment that the rest of Canada, which has benefited from the economic prosperity of the oil and gas industry, has turned their backs on Alberta by failing to build a new pipeline and ramping up forms of environmental protection, including the carbon tax. Organizer Glenn Carritt described businesses suffering due to limited ability to sell oil to foreign markets, as most exported oil is sold to the US at a discount. The challenges facing those who are financially dependent on oil are very real and cannot be ignored. However, United We Roll! quickly became politicized to encompass a larger range of ill-ease, including immigration, Prime Minister Trudeau, and the Liberal Government in general.

What is the legislation that is causing so much strife? C-48 is a bill formalizing a voluntary agreement to ban crude oil tankers of a certain size from loading or unloading along British Columbia’s northern coast, from the north tip of Vancouver Island to the Alaskan border. Although this does not affect the Trans Mountain pipeline, which ends at Burnaby, deepwater ports in Prince Rupert and Kitimat cannot be used. Coastal First Nations, in particular, praise the bill, citing the vulnerability of the ecosystem to tanker traffic. The northern coastline is rugged, and a spill would devastate fish, birds, and a traditional way of life. Others question the singular nature of the bill, wondering why that coast alone should be off limits when the southern ports and all of Eastern Canada remain unprotected. A proposed pipeline, running from northern Alberta to Prince Rupert and backed by many interior First Nations, is no longer possible.

Bill C-69, the Impact Assessment Act, is currently being read in the Senate. It proposes an overhaul of how environmental assessments are carried out prior to major infrastructure projects. If passed, companies would have to put greater consideration on benefits other than just economic. Assessments would need to examine how projects impact Canada’s ability to meet its climate change goals and address measures of environmental, social, and economic sustainability. Although the new act would feature a shorter processing time, it adds a planning phase with stakeholders and allows more time for the Federal government to veto projects. Critics, including the United We Roll convoy, claim the bill would reduce Canada’s international energy competitiveness by slowing and complicating an already complex process. Although the new bill would force industry to think about their projects in a new way, many environmental advocates, including Canadian Mining Association CEO Pierre Gratton, have endorsed the Act.

Calls to build the Trans Mountain expansion were most common in the convoy, inspiring chants reminiscent of those south of the border. While the Liberal government purchased the pipeline last spring, some fear it was bought simply to be shelved. The National Energy Board has renewed their support of the project, despite acknowledging the irreparable damage additional ships would cause to an already suffering orca population.

The exact intent of United We Roll! is difficult to define because of the range of messages travelling under the same umbrella. Among signs supporting oil were many protesting Canada’s signing of the UN Migrant Agreement; participants told reporters they didn’t want ‘open borders’ with ‘criminals’ coming in. Protective nationalism is not a new phenomenon, though one might wonder how many immigrants are settling in rural Alberta when less than 10% of Canada’s newly immigrated go to Alberta at all, and most of those to Edmonton or Calgary. Regardless, the core organizers have struggled to distance themselves from anti-Muslim rhetoric and white nationalist groups, with limited success. Repeatedly, speakers at events called for pipeline action in the same breath as denouncing the UN Agreement, without a clear connection. Even some organizers, despite claiming their woes are economic, have supported or participated in white nationalist groups online. Other signs called for Prime Minister Trudeau to be tried for treason, with language on online forums ranging into violence. Glen Carritt has made maintained the rally is about oil, but the movement has nonetheless given a voice to hateful conspiracies. The official GoFundMe page, raising over $140,000, contains a statement written by Carritt: “We are apposed [sic] to the current format of the carbon tax as well as the UN impact on Canadian boarders [sic].” This addition suggests that although the movement does not overtly support hate-groups, they are likely funded by them.

Fact check: the UN Global Compact for Migration, signed by 164 countries, is not legally binding and does not affect a country’s individual policies. The document is intended to improve the handling of migrants and includes such provisions as to reduce the factors that make people leave their country. Furthermore, in Canada it has repeatedly been proven that new immigrants actually reduce neighbourhood crime.

Conservative politicians have weighed in on the United We Roll! convoy, notably party leader Andrew Scheer, who told the group that they had his ‘full support.’ Scheer has been reprimanded for tweeting ‘infactual statements’ regarding the UN Migrant Agreement. Critics claimed he used hyperbolic language to create a sensation that would swing voters to his side. However, when addressing crowds in Ottawa, Scheer took care not to mention the anti-immigration and Trudeau-targeted messages present, though his failure to do so could be interpreted as validation. Other politicians had different strategies. Saskatchewan Senator David Tkachuk told crowds to ‘roll over every Liberal left’ to get their demands met, a rather untactful remark considering the truck attack that killed 10 people in Toronto last year. Tkachuk later said his words were meant to be figurative but has not recanted them. Maxime Bernier of the People’s Party of Canada also spoke words of encouragement at the rally- Prime Minister Trudeau did not. With an election looming in the fall, conservatives are affirming their positions and their values of deregulation to their bases. Scheer has not announced a plan for climate change, although he says it won’t involve meeting Canada’s Paris climate target or include a carbon tax.

It is not surprising that multiple complaints common among the far-right have appeared in the same protest. Although the rally was not aligned to a political party, anti-government sentiment was strong regarding fiscal policy. The new national carbon tax especially has been met with opposition from multiple factions: Saskatchewan recently took the federal government to court, calling the new tax ‘unconstitutional’ because it infringes on provincial jurisdiction. The federal government has justified their decision by asserting that as climate change is a national concern, so too are efforts to mitigate it. With the new legislation, provinces that do not already have a tax will receive one this spring, raising the price of gasoline by a few cents per litre. Revenues will in part be returned to households as rebates and partly fund green infrastructure such as public transport. Alberta implemented a carbon tax in 2015, which experts widely maintain has been effective in reducing emissions.

Can free industry co-exist with environmental protection? It is certainly very difficult when externalities are not borne by production. The direct effects of increased emissions or an oil spill are not felt by project managers, but a carbon tax is one way to internalize some of the costs associated with the fossil fuel industry. Environmental protection is most effective when it is holistic and widespread, and for that to be realized, stakeholder input and oversight helps. However, this argument may have been lost on rally speakers, as many said climate change was not Canada’s responsibility or denied that it is happening at all.

The convoy on February 19 held about 160 trucks, picking up several as they drove across the prairies, garnering support online and in Ottawa. These are not the views of a few out-of-touch oil barons: they are hardworking people. Media coverage of United We Roll ranges from resounding praise to concern over the more extreme messages, but popular outlets seem unwilling to state an unavoidable fact: burning fossil fuels is causing catastrophic climate change that will see increased drought, heat waves, climate refugees, and huge economic losses, and the oil and gas industry is contributing to that future. Andrew Scheer and others in his party seem to hope that climate change can be resolved without having to pay for it or modifying the status quo. A reassuring thought, but not one backed by science.  It is true that Canada cannot ignore the plight of thousands of workers in an industry increasingly facing backlash. All Canadians, like it or not, have benefited from oil revenue. Despite advances in renewable energy, our reliance on oil for transportation and petroleum products makes it difficult to transition from an oil-based economy. There is no doubt that the United We Roll! protesters and others whose jobs rely on the industry will be impacted by legislation, yet the alternative is far more precarious.