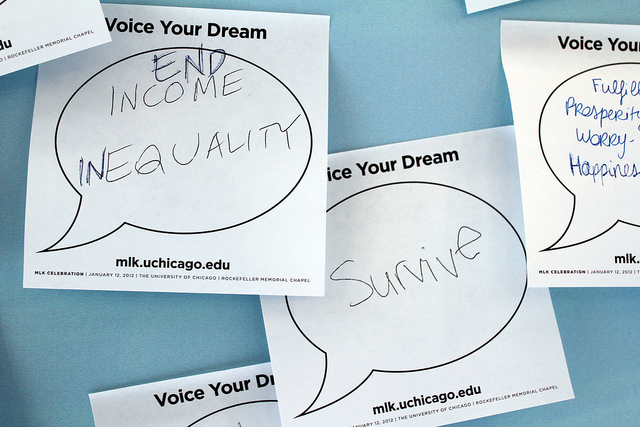 Ontario is set to introduce a universal income program targeting adults between the ages of 18 and 65 in the coming spring. It will be $1320 CAD a month for a single person and potentially more for those with disabilities. It is one among several minimum income programs that are being discussed around the world in countries such as Finland and India. While the idea of a universal income is old, it has gained a lot of recent attention as a possible efficient solution to addressing poverty and increasing employment.

While a proposal for basic income was recently shot down in Sweden, Finland is currently discussing plants to implement a program. Finland, like Ontario, is putting in place a trial for universal income. The trial program mainly targets people who are unemployed. Finland sees basic income as a way to simplify social security as well as a means of grappling with increasing unemployment. A minimum income would make it easier for people to take part-time or temporary work because they would no longer have to fear losing their welfare benefits. It also creates a greater safety net for entrepreneurs or free-lancers to take risks and innovate, which is important to development new and different technologies.

Interestingly, universal income has actually been implemented in Canada in the past. The so-called “mincome” project occurred during the 1970s in Dauphin, Manitoba. About half the town was unconditionally given around 16,000 CAD a year for four years. Before data could be properly collected, funding to the program was cut and the results were shelved. Recently, they have been rediscovered and analyzed. In the few years that the program ran, poverty decreased, more young men stayed in school, and mothers took longer maternity leave. It also showed a decrease in hospitalizations, accidents, injuries, and mental health issues. Canada already spends a lot on health care. Despite the large cost basic income programs incur, if they lead to a decrease in overall welfare costs, they will be worth the price. Overall, there were an equal number of people in the workplace, contradicting a wide-held belief that universal income will lead to a decline in employment. The mincome program was able to provide greater stability to the community, insulating many families from financial crises.

The idea of universal income dates back to the 16th century, Thomas Moore proposed government-funded livelihood in his book Utopia, suggesting government support would prevent people from stealing. Universal basic income has greatly evolved since then. Today, these programs aim to eliminate poverty by giving people better control over their funds, and have even found some support across party lines.

Conservative proponents argue in favor of universal income over welfare programs because it gives people greater control over their financial situation and can be more efficient, actually reducing government bureaucracy. Notably, Milton Friedman proposed a form of universal basic income through a “negative income tax”, which he believed to be more effective and efficient than welfare programs. Hugh Segal, a conservative ex-senator, echoes a common conservative argument “we respect their freedom to choose…they decide what is important“.

Their left-leaning counterparts argue that minimum income pays for the unpaid care work that everyone has to do and provides safety nets that people otherwise lack. The left views universal basic income as a basic right, everyone has the right to have food and shelter. People would also have greater freedom to pursue their interests rather than what will make them the most money. Furthermore, people could more easily afford to get a post-secondary education and be more likely to excel because of a decrease in monetary stress. It is possible that universal income could be a social program to which both conservative and liberal parties will willingly lend their support.

Implementation of basic income would require large increases in taxes or cuts to many social programs in order to be supported by the government in many countries. Where this money comes from is a real issue. While more social programs may be cut, the need for these programs would hopefully decrease as shown in Dauphin, Manitoba. In countries like the United States, more than half of Americans are one financial crisis away from poverty  and basic income could ameliorate this. Beyond financial security, there are a number of potential benefits to universal income including greater job mobility. This is particularly important as the technology sector continues to advance, automating more and more jobs. A universal basic income may be able to provide security and opportunity to people who lose their jobs in this changing market. It could make it easier for people from lower-income brackets to attend post-secondary schools. Furthermore, basic income could encourage people to do jobs that are necessary but don’t pay well. Overall, minimum income programs could offer greater security and autonomy for families, which could be particularly beneficial in current job markets.

It is important to continue to fund pilot programs like those in Ontario and Finland so we can learn more about the effects of basic income and how it can work to eliminate poverty. These experimental communities are not necessarily representative of larger, more diverse populations, but they are an important place to start. Ontario intends to implement programs in urban and rural communities, as well as among indigenous populations, which will provide a good basis for further research into the benefits and downsides of universal income. Canada may lead the way in the restructuring of welfare for a changing economy with basic income measures as the basis, providing greater financial security across the board.