An Unlikely Match: Analyzing the Consequences of a Saudi-Russia Oil Deal 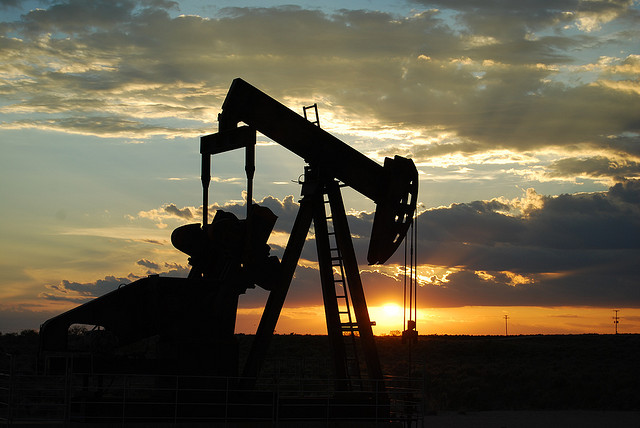 Last month, Russian and Saudi Arabian leaders announced that they would collaborate on a deal to bring falling oil prices back to optimal levels. Concrete details have yet to be determined and announced to the public, but the potential partnership of two of the world’s largest oil producers and historic enemies has interesting implications for the global economy and international relations.

To say that Russia and Saudi Arabia form an “unlikely match” would be a massive understatement. These two powers have long stood on opposite sides of international policy. Saudi Arabia enjoys a close relationship with the U.S and other Western powers, and has taken a pro-West stance in many global conflicts. For example, the Saudis have played a significant role in the anti-Assad coalition in the Syrian Civil War. Furthermore, Sunni-majority Saudi Arabia’s greatest regional enemy is Iran, a Shiite-majority country, and tensions between these two countries have always run high. Conversely, Iran and Russia are close allies, often back each other on anti-West foreign policy decisions, and cooperate to back Assad in Syria, against the Saudi and American coalition. Finally, Russia and the U.S. have maintained an antagonistic relationship for most of modern history, and their enmity has extended to the policies of their allies.

Riyadh and Moscow’s main goal in cooperating is to improve oil prices, which have been in a slump for the past few years due to overproduction. To combat this issue, the Organization of the Petroleum Exporting Countries (OPEC) has called for an output freeze to stop oversupplying and raise oil prices back. The main issue blocking a production freeze is that no oil-producing country wants to drop the lucrative market for the sake of the common good. To do so would risk losing out on oil revenues while countries that continue to produce at high levels benefit from decreased competition. It’s a classic case of the prisoners’ dilemma: collective gains of cooperation are lost to individuals’ desire to maximize their own gains. This explains why talks earlier in the year failed to coordinate an output freeze. Despite agreeing that something had to be done to stop oil prices from falling and that an output freeze might be part of the solution, Russian and Saudi ministers have declined to commit to an immediate output freeze. Russia and Saudi Arabia are particularly guilty of continuing to produce at high levels, despite the adverse effects it has on the global oil market.

If a formal deal can be struck, it would have far-reaching consequences on international politics and the global economy. Many market analysts have expressed doubts that a deal between the two countries will ever come to fruition or, if it did, whether it would change much. Assuming that a deal does get struck, here are some interesting factors to consider.

Firstly: does the alliance between the two historic suggest greater prospects for future international cooperation between previous rivals? Moscow and Riyadh’s partnership demonstrates the powerful motivation that mutual economic benefit can provide in looking past ideological and political differences. The need for economic cooperation will only increase as globalization further integrates international markets and global economies become increasingly reliant upon one another. If Saudi Arabia and Russia are setting the example for the future, there may be greater hope that past enemies can move beyond other issues for the sake of collective economic benefit. If states can put political differences and historic tensions aside for the good of global markets, the global economy may be able to function unimpeded by political difficulties between countries.

Secondly: does the Saudi-Russia deal threaten the strength and stability of OPEC? For years, Saudi Arabia has been the de facto leader of the cartel and has had the highest production rates out of the member-states, but OPEC and the Kingdom have had issues in the past. In the 1980s, a similar oil glut struck the market and OPEC leaders called for output freeze among its members to drive the price of oil back up.Saudi Arabia complied, but the other states did not. While the Saudis dropped production, “other members of OPEC continued to produce, leaving Saudi Arabia to shoulder the burden of lower production and prices.” Saudi Arabia was cheated by the other OPEC states, and has since been wary of dropping production rates for “the collective good.” This negative experience failed to produce any benefits for the Kingdom and may play a role in current events. Now that relations with Russia have opened up, the Saudis may see a partnership with this non-OPEC member as a more attractive and lucrative option than the OPEC countries, and could potentially defect from the cartel. Saudi Arabia and Russia are the world’s two biggest oil producers, and together, control an enormous portion of the global supply. If the two countries formed their own cartel to compete with OPEC, the Saudi-Russians would have immense influence over the market and prices due to their huge combined supply. This would not only threaten the OPEC states, but all oil-producing states (including non-member U.S.A) would have to contend with a Saudi-Russian force with significant power over oil supply and price.

Finally, and perhaps most importantly: does the newly-formed friendship between the Russia and Saudis represent a reorientation of political alliances and a changing world order? America and Saudi Arabia have remained close allies, but their relationship seems to be deteriorating as political differences become more apparent between the two. Most recently, a bill passed in US Congress that will allow the families of victims from the 9/11 attacks to sue the Saudi Arabian government for their participation in the attacks, inciting outrage from the Saudis as an attack on the Kingdom. President Obama has accused the Saudi government of “provoking sectarian conflict in the region”. From the Saudi side, the kingdom is unhappy with the American government’s cooperation with Iran and for allowing the “Sue the Saudis” bill to pass in Congress. The Saudis’ decision to cooperate with Russia could be purely due to economic motivation and the relationship between the two may never extend beyond that. Alternatively, it could be the result of the declining Saudi relationship with the Americans. Previous foreign policy decisions, such as the 2003 invasion of Iraq, have already alienated America from the region. If America’s reputation is indeed declining in the Middle East, the Saudi-Russia deal could be the catalyst for the shifting of international alliances and the reduction of American influence in the region. Compounded by the sustained enmity between Russia and America – their relationship has remained strained since the Cold War – the shifting allegiance of Saudi Arabia may lead to greater tensions between Washington and Moscow, and increased prospect for conflict.

Once the deal’s finer details are ironed out, the global community will have a clearer picture of how the agreement will influence the global economy and power structure. The deal could have serious consequences that change international relations in immense ways. The deal may change little, or never come to realization. The consequences will depend on Riyadh and Moscow and whether they have the best interests of the international community in mind.