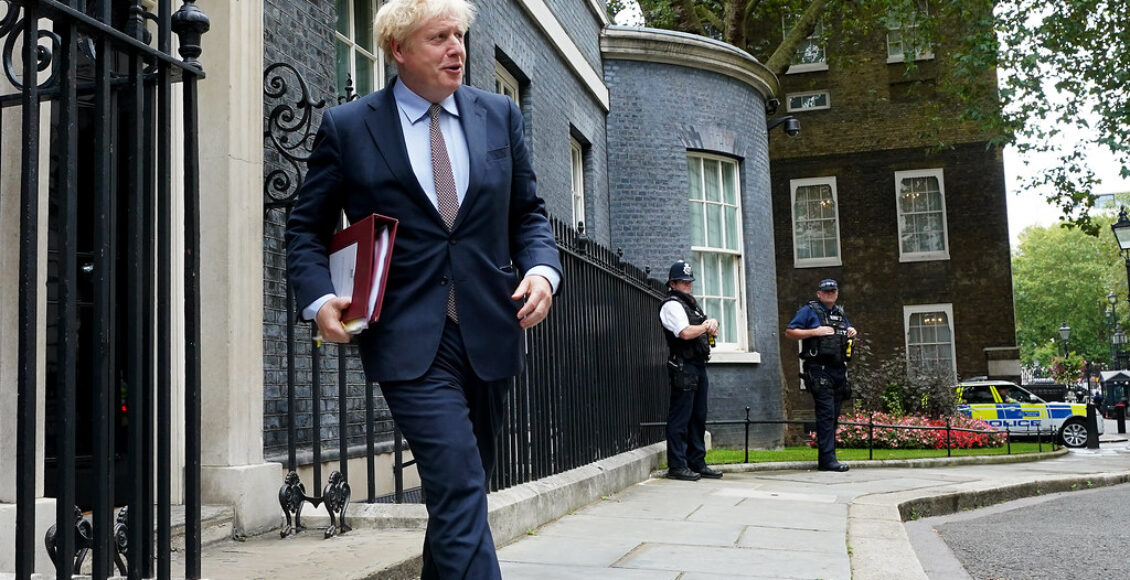 According to England’s 2017 Health Survey, an estimated 28.7 per cent of adults are obese, and “a further 35.6 [per cent] are overweight.” The National Health Service (NHS) defines obesity as a Body-Mass Index (BMI) of 30 or more, whereas being overweight signifies a BMI between 25 to 30. The cost of obesity on the NHS has been estimated at over £6 billion per year, prompting a call to lose weight from Prime Minister Boris Johnson in July to save the NHS as it struggles to cope with COVID-19. This approach is a dramatic U-turn from a leader who once berated the overarching “nanny state“ and called sugar taxes “sin taxes.”

There have been various attempts to tackle the so-called “obesity epidemic” through policies like sugar taxes or advertising laws, but the COVID-19 pandemic has reinvigorated these efforts. Still, nutritionists have questioned Johnsons’ controversial policies insofar as they turn a blind eye to the increasing socio-economic determinants of obesity during COVID-19, as well as the demonstrable harm these policies cause to already vulnerable groups.

Aside from the conventional health risks of obesity like diabetes or cancer, studies show that obese individuals “who contracted SARS-CoV-2 were 113 [per cent] more likely than people of healthy weight to land in hospitals.” Likewise, they are 74 per cent more likely to be admitted to an Intensive Care Unit, and ultimately 48 per cent more likely to die. Medically speaking, obese individuals are more vulnerable to COVID-19 due to reduced airflow and lower immunity levels. This vulnerability is compounded by social stigmas attached to obesity, causing certain individuals to avoid seeking medical care. So, on a superficial level, this points to a linear relationship between BMI and vulnerability to COVID-19 complications.

Not only does obesity seem to exacerbate COVID-19 complications, but recent studies also suggest that the pandemic is responsible for an increase in obesity rates across the UK. Scientists point to the curtails of weight loss programs, surgeries, and other weight loss measures, along with measures limiting gym access and discouraging physical activity. From a nutritional standpoint, the pandemic has also pushed individuals towards “processed food with longer shelf life” — especially for those already struggling to cope financially and time-wise before the virus. Ultimately, this catch-22 seems to underpin a vicious cycle of increasing obesity and COVID-19 vulnerability, wherein both factors exacerbate one another in a self-perpetuating manner.

Amid mounting evidence of a relationship between obesity and COVID-19 complications, it is all the more important for the government to pursue evidence-based policies oriented towards saving lives instead of scapegoating already at-risk populations.

How does Johnson propose to ‘tackle’ obesity in the UK?

Besides more conventional policies like flat taxes and advertising laws, Johnson proposed a far more controversial plan to tackle obesity. For instance, he proposed a mandate that restaurants “include calorie counts” on their menus to curb “unhealthy” eating. Although this may seem like a good initiative at face value, evidence on these strategies’ effectiveness suggests otherwise. One study on a similar policy implemented by the Ontario government in 2017 concluded that “focusing on caloric content may be an ineffective, and perhaps detrimental, strategy to effect change in the obesity epidemic.” These findings shed light on the shortcomings of calorie counting methods that do not necessarily improve individual health. They do not differentiate between the types of processed foods consumed and their various percentages of fat, carbs, proteins, and so forth. Therefore, any policy aimed at combatting the obesity epidemic must distinguish between weight and health, while the general relationship between health and BMI should also be heavily scrutinized.

Not only is calorie counting an ineffective method for improving health, but it may also have even worse effects on overall health. This is especially true for the 6.4 per cent of adults in the UK that develop eating disorders (EDs) during their lifetime — where these reported statistics likely to be lower than the real numbers. In other countries, like Canada and the US, these percentages are estimated to be as high as 10-15 per cent of adults. Indeed, this same study established that “among individuals with EDs […] 62.9% acknowledged that calorie tracking contributes at least moderately to their ED.” As mental health deteriorates during the COVID-19 pandemic, it is important to underline that “eating disorders have the highest mortality rate of any mental illness,” according to a study by ANAD, stating that 20 per cent of people with serious eating disorders die.

Aside from the dangers of calorie counting policies, Johnson also proposed the cruel idea of school-mandated weigh-ins, overlooking the myriad pressures faced by overweight children and their parents that predate the COVID-19 pandemic. According to leading health expert, Yoni Freedhoff, given that “watching people with obesity be blamed, shamed, and berated for their condition has in the past two decades become a regularly repeated primetime reality-show spectacle,” mandatory school weigh-ins seem like an excessive and unproductive strategy for promoting physical health.

Indeed, weight is reportedly the foremost cause of schoolyard bullying. Parents cannot be solely blamed for their child’s weight; most do not have the time and resources — especially during COVID-19 — to make “permanent intentional behaviour change in the name of health.” Low-income areas of London exhibit higher rates of childhood obesity compared with other parts of the UK, signalling a relationship between poverty, privilege, and weight. Targeting childhood obesity is akin to singling out the poorest among society who do not have the means to address it.

Addressing the root causes of obesity

Johnson’s policies frame the obesity epidemic as an individual problem rather than a societal one, prompting the UK’s Health Foundation to describe the government’s strategy as a “missed opportunity” to address the root causes of obesity. The Scientific American criticized Johnson’s plan as a “misguided war” on obesity, emphasizing “personal responsibility rather than attacking poverty and inequality, the root causes of obesity.” Given this link between obesity and poverty, it seems weight is not linked to a lack of willpower on behalf of overweight persons but, rather, a lack of money, skills, and time. A recent study highlighted this linkage, suggesting that an increase in obesity rates will disproportionately affect those in precarious positions, namely those who have lost their jobs. As such, policies that mandate calorie counting, weighing, and flat taxes do not target the root causes of obesity. Instead, they are superficial measures that ignore existing socio-economic cleavages that have been further exacerbated during COVID-19.

By implementing ineffective obesity policies intended to “save” the NHS, Johnson has only succeeded in scapegoating those that already did not have the resources to lose weight and worsened the situation of those living with EDs. This growing epidemic of eating disorders is estimated to cost the UK £15 billion a year, further showcasing how Johnson’s approach to tackling obesity would in no way “save” the NHS. Ultimately, a holistic approach to health in the UK should address both obesity and the growing prevalence of eating disorders — not target one at the expense of the other.

If Johnson truly wishes to “save” the NHS, he should promote healthy eating habits instead of fad policies that target the less wealthy and contribute to eating disorders. These policies do not improve our health, “even if (they) help us lose weight,” underscoring the fact that being thin does not automatically make you healthy. As opposed to calorie counting measures, eating healthier requires prioritizing “whole and raw foods over highly processed foods.” To make healthy eating a reality for all citizens, tackling obesity must therefore take into account the effects of socio-economic cleavages on health outcomes, wherein “ultra-processed” foods — which represent half of all food in a typical British home — are more accessible, less expensive, and less time consuming than their healthier alternatives. Going forward, addressing poverty and its consequences must take centre stage in any discussion about obesity or “saving” the NHS.