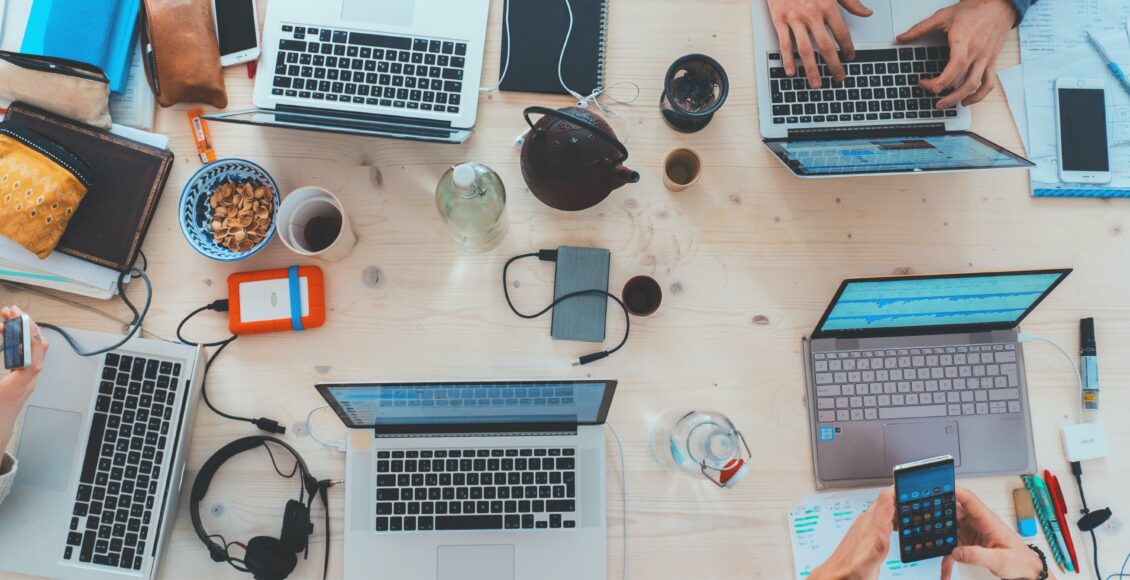 Fourteen months into the COVID-19 pandemic, Louis Dubois* needed a job — and fast. But in April 2021, he was not looking for conventional employment.

Instead, Dubois hoped to find an internship relevant to his field of study. “I didn’t work last summer in a professional setting. Going into my fourth year, I thought, ‘I need an internship now so that I can have better internships when I finish university. Better, paid internships,’” he explained.

Fortunately, Dubois found an internship at a start-up undertaking an initiative that interested him deeply. As an intern, he played an essential role in growing the company while gaining vital experience for a future career. Unfortunately, the internship was unpaid.

Dubois is one of an estimated 300,000 unpaid interns in Canada. Exact figures are unknown because these roles are relatively informal; students “work” at companies for a few months but often without official documentation. Regardless of the exact statistics, the unpaid internship is certainly a cornerstone of the Canadian undergraduate experience, with thousands of prestigious summer positions available and a far greater number of students desperately hoping to fill their resumes with relevant work experience. However, the proliferation of unpaid internships is a symptom of a worrying trend in the workforce, wherein minimum wage labour is valued less than an unpaid summer position, so only a lucky few can set themselves up for success.

What is an unpaid internship?

According to the Canada Labour Code, an intern is “a person whose primary purpose for being in the workplace is to gain knowledge or experience.” In federally regulated workplaces, interns must be paid at least minimum wage in their province or territory. Still, other employers are not obligated to pay their interns so long as they are working as part of an educational program or can be considered to be “learning” more than “working.” If this was not ambiguous enough, different provincial labour laws and internship program requirements muddy the already cloudy legal waters.

The experience of “learning” is difficult to quantify, especially in the workplace. If you ask an intern, they will say that they are learning something.

“I learned I wasn’t interested in the job and industry,” explains Arya Lewis*, another student doing unpaid work for a start-up. “I’m doing social media, which I hate, in an industry I don’t want to be in. Sure, I’m learning things about social media and the fine arts world, but beyond that, there’s only so much you can learn.”

For other students, internships related to their chosen field help them refine their academic goals and build a network that can help them get a job in the future.

“Since I want to work abroad and this is a global, well-connected organization, strategically, [the internship] makes sense,” said Emma Levesque*, an unpaid intern for a well-known non-profit based in the United States.

Many students covet Levesque’s internship due to the prestige of the position. The application process is lengthy, requiring multiple essays, a resume, an official academic transcript, a writing sample, and two letters of recommendation. Earning an internship offer for a position like Levesque’s is a feat within itself; it is easy to see why employers are eager to accept applicants with such prestigious internships on their resumes.

Internships are incredible experiences for students, and earning a sought-after position is a testament to their drive and intelligence. However, the ubiquity of unpaid internships disproportionately benefits financially privileged students who have greater opportunities to gain essential experience for their future careers. While employers understandably want to hire the most qualified candidate, they must acknowledge that these qualifications are a privilege afforded to the few students who possess the “right” work experience.

“Companies love to frame it as, ‘it’ll give you good exposure, get your foot in the door, it’ll be good for your CV.’ But [unpaid internships] attract the sort of person who can afford not to be paid for full-time work. Sure, I’m one of those people, but I have three other paid jobs,” said Lewis. “I don’t think it’s sustainable.”

“I’m doing [the internship] because I have the resources,” admits Levesque. “Being unpaid makes the internship unavailable to a lot of people. It is an equity concern – I know money isn’t unlimited, especially with NGO work — but I think it is necessary to pay interns.”

While the organization Levesque works for will start paying their interns in the fall (after her contract ends), many others have not announced any such changes. For example, internships at the United Nations remain unpaid while also requiring students to relocate to the assigned UN office at their own expense. (For reference: the average rent in Manhattan, the location of the UN Headquarters, is almost $4000 USD per month.)

Isolating the effect of unpaid internships on society is admittedly impossible due to the lack of concrete data, but we can speculate. We can assume that companies are more likely to hire a candidate with relevant experience, even for an entry-level position. Full-time students can gain this career-relevant experience during the summer, primarily through internships. Students who can afford the costs of living without making money during the summer apply for — and are offered — prestigious unpaid internships, giving them a substantial advantage in the post-graduation job hunt. Consequently, there may be a disproportionate representation of people from higher-income backgrounds in important organizations which require internship experience for their applicants, such as major corporations, influential NGOs, and governments. This is particularly worrying in fields like politics, where decisions and actions impact people from a broad range of backgrounds.

“People who take on these roles are often not the people who are affected by these policies,” explains Levesque. “There’s a disconnect from people affected by policy not getting policy positions. I worry that we’re not building the right workforce for the problems we have today.”

So, what can be done?

If you ask an unpaid intern, the answer is: pay your interns. However, fledgling organizations may not have the financial means to pay all their employees and require their services more than anyone. (All interviewees — paid and unpaid — criticized companies who could afford to pay their interns for not doing so while expressing understanding for smaller organizations that could not.)

“I’m playing a part in growing the company,” said Dubois. “I can understand why they don’t pay their interns: it’s not like they have a direct source of income yet.”

Paying interns is not an option for many organizations eager to hire students and give them the experience required. Students like Dubois are happy to help with projects that interest them, assuming the position is not full-time so they can still work a paid job. But they want credit for those second, less-specialized positions too.

“The real issue is companies don’t value other work experience as valuable experience,” said Dubois. When applying for internships, he was told to remove his grocery store position from his CV for career-specific positions as it was not what recruiters wanted.
“I didn’t get that. It shows that I can do work — I struggled in that job! That was some of the hardest work I had done in my life so far! But it wasn’t going to help me get hired.”

*All names have been changed to protect the privacy of the interviewees.

Featured image by Marvin Meyer is free to use under the Unsplash License.