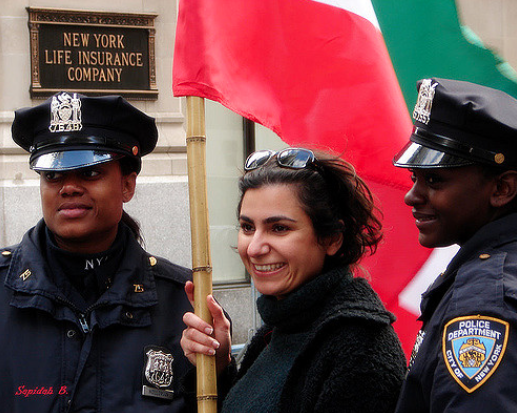 January 15, 2016 marked a historic day in the eyes of many Iranians as international sanctions were lifted following the declaration that Tehran had complied with all terms of the nuclear deal. The absence of sanctions opens up a realm of new opportunities for Iran’s financial and public sector. The years of crippling sanctions were characterized by stagflation, damage-control policies, and major trade restrictions that affected basic commodity trading. Now, Iran has essentially re-entered global markets and has the potential to be a promising competitor among developing economies. However, some economists argue that, whilst Iranian prospects appear to be bright in the long run, it may take some time before the economy recovers and yields growth or a better standard of living for its citizens. Furthermore, Iranian growth can be hindered by relentless falling oil prices and new geopolitical concerns in the Middle East.

Iran’s economy is estimated to gain a gross domestic product (GDP) of $406 billion, now that there are less restrictions on the Central Bank of Iran (CBI), domestic financial sectors, and on trade. Firstly, the CBI now has access to its frozen assets overseas worth around $30-50 billion back into Iran’s economy. Secondly, foreign direct investments (FDI) are expected to increase by 50% in promising industries like steel, cement, automobile manufacturing, and nanotechnology. Thirdly, Iran is blessed with an abundance of human capital, reserves of oil, natural gases and minerals, making their trading prospects appear to be much brighter, since major costs of trade imposed by sanctions have been eliminated. With regards to US and Iranian ties, relations continue to improve with adherence to the nuclear deal terms and the prisoner swap on January 16. Conversely, sanctions on entities and individuals suspected of terrorism and human rights violations still remain intact. U.S. President Barack Obama and Iranian President Hassan Rouhani have made their stances clear about foreign policy as still being cautionary. Also, Iranian stock markets have been falling ever since sanctions were lifted.

The most significant effects of the sanctions being lifted are the wonders it could do for Iran’s economy. The sanctions forced Iran to cut down on oil production by almost 1 million barrels a day by 2015. Presently Iran is trying to make their oil exports more appealing, especially to European markets, by boosting production to about 500,000 barrels a day and offering discounts. This increased oil production is a way to get to competitive levels with OPEC, but also contributes to the falling prices of oil worldwide which have already been pushed down by 75%. Although Iran’s oil sales can prove to be very profitable, present circumstances challenge that prospect. This is because firstly, Saudi Arabia seems to be quite resilient with its low prices, which might compel Iran to continue the oil price war and bring itself a smaller revenue. Secondly, China is currently the largest importer of Iranian oil and natural gases, but their recent stock market instability could lead to lower levels of imports, affecting the Iranian economy adversely.

Many analysts of Middle Eastern tensions have argued that Saudi Arabia-Iran rivalry is manifesting itself in various forms – such as the the oil price war, and proxy wars in Yemen and Syria. Actions on either side could be to expand their market share and influence on both the Middle Eastern economy and geopolitical region. Although price wars benefit consumers, producers of countries that rely on oil exports find their revenues to be shrinking. Consequently, with lower returns entering these economies, governments may have to pursue contractionary fiscal policies, like cutting down on public spending and increasing taxes. Therefore, the extent to which price wars between oil producing countries can continue, especially in the cases of Saudi Arabia and Iran, is also a point of debate, as it may soon affect consumer expenditure and confidence. The political incidents between Saudi Arabia and Iran may serve as aggravating factors in these price wars. On January 2, Shia cleric Nimr-al-Nimr was executed by Saudi Arabian authorities, which sparked protests in Iran followed by the burning of the Saudi Arabian Embassy in Tehran. If Saudi Arabia-Iran relations descend further to the point of military confrontation, oil refineries might be attacked leading to more fluctuations in oil prices. However, analysts agree that the chance of direct attacks are highly unlikely and purely speculative.

China’s economy is another factor that plays an instrumental role in the Iran’s future economic performance. Despite international sanctions, trade between the two countries was well underway. While Iran exported natural gases, minerals, and oil to help with China’s new infrastructure projects, China supported Iran’s nuclear facility development and sold the country weapons. Furthermore, the latter part of January saw Chinese President Xi Jinping and Iranian President Hassan Rouhani strike a trade deal of $600 billion over 10 years. However, the recent stock market crash and a general global economic slump has pushed Chinese imports down by 8.7% and the imports are expected to decrease further. Therefore, if Iran fails to find favourable buyers in Europe to sell its oil, China alone would not be able to buy abundant amounts to support the kind of growth Iran is expecting. Iran could gain substantial returns by focusing on FDI. However, banks and businesses would have to be assured of a stable economy to invest in despite the growth decrease of 3.5% in 2015, mostly induced by stagflation. Therefore, monetary and fiscal policies would have to be carefully crafted to stabilize the rial, but also to kickstart economic growth before the Tehran Stock Exchange sees an influx of investments.

Similar to Saudi Arabian concerns, Israel have expressed alarm at the removal of sanctions. Both regional competitors and other Gulf countries are afraid of Shia expansionism. Critics of the nuclear deal also endorsed the view that the extra capital Iran might gain from fewer restrictions and an expanded economy might be funneled into the hands of militant groups, like Hezbollah and Hamas, fighting proxy wars in Yemen, Iraq, and Syria. However, Western powers believe that Iran could be a good ally in the coalition against the Daesh. Saudi Arabia and Israel benefited from Iran’s isolation from global markets, but in the future the former countries might see their revenue from various exports being competed away.

Overall, a great deal can be spoken about Iran’s economic potential. However, an immediate economic boom in Iran, following the removal of sanctions, is hindered by the current state of the global economy, Iran’s domestic problems with inflation, and political tensions in the Middle East. Presently, the common Iranian citizen still has smaller purchasing power than estimated levels after the effects of contractionary policies have been felt. With that being said, a population of 80 million will finally have access to basic commodities such as certain foods and medicines that were not available to Iran or were difficult to purchase due to trade costs. Still, a certain period of time needs to pass before we can truly see the effects of the lifted sanctions.