The Value of Pragmatism: Challenges and Opportunities for Eurozone Reform 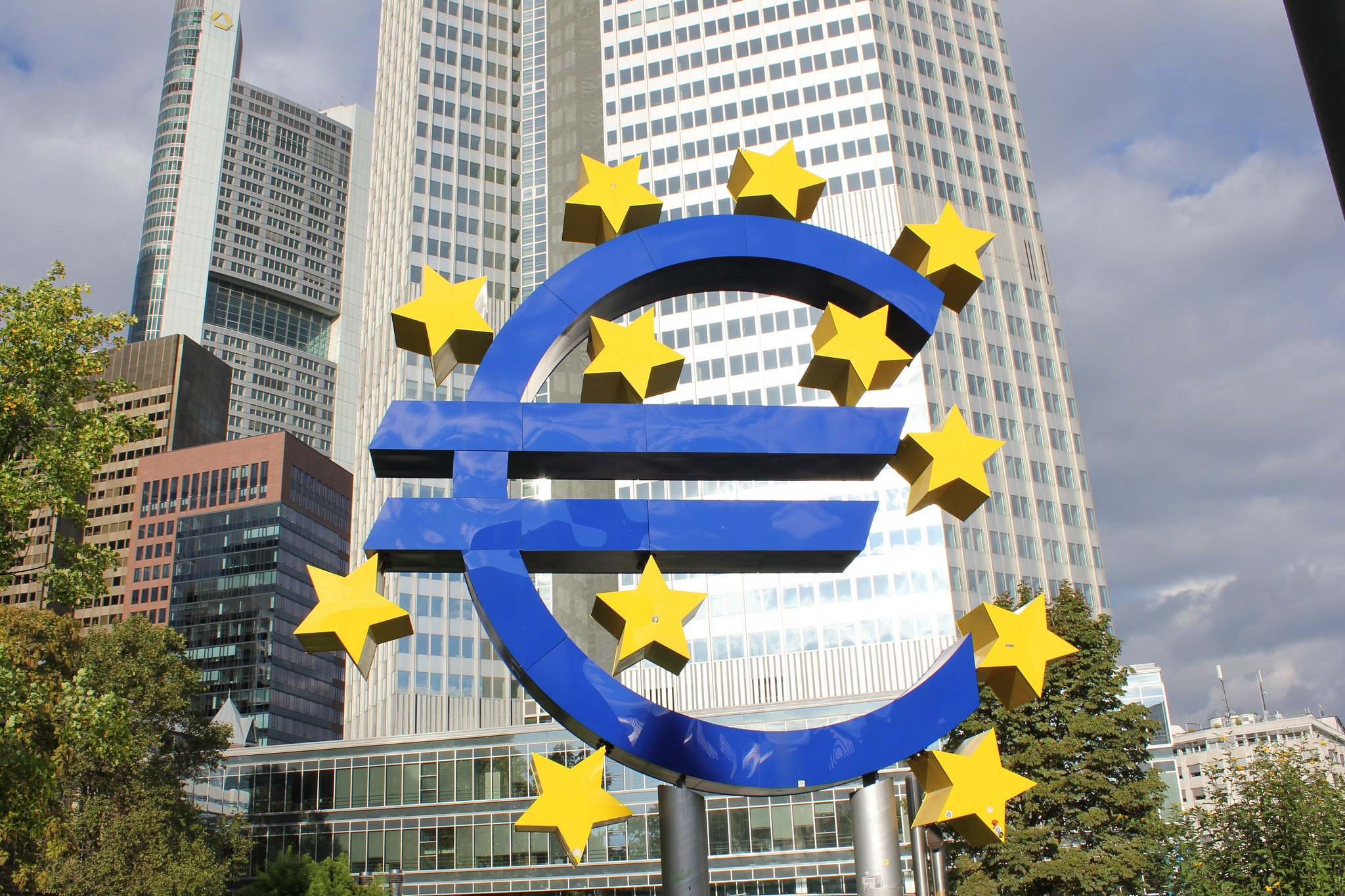 The fiscal and monetary spaces of the Eurozone should not remain separated. https://flic.kr/p/LTKCHE
Share

The Eurozone’s imperfect monetary union eats away at the political and social project of the EU as a whole. As inequalities among Member States grow, power imbalances, resentment, and grievances follow. Unless the existing monetary governance mechanisms are adequately complemented by fiscal governance institutions, the EU’s half-baked attempt at supranationalism will ironically and toxically continue to feed into Eurosceptic, nationalist, and populist tendencies. With the election of Emmanuel Macron to the French presidency in May 2017, a two-year window of opportunity for Eurozone fiscal integration has been opened. This window could very well close with the June 2019 European Parliament elections. It remains to be seen whether Chancellor Angela Merkel will be able to surmount domestic Eurozone reform opponents, particularly in her coalition-building negotiations. Hence, not all hope is lost for a stable, sustainable, and prosperous single-currency area.

The Eurozone lacks the fiscal coordination to address its structural weaknesses. While the European Central Bank has allowed the Eurozone to benefit from an effective and coordinated monetary policy, no policy has been devised to adequately support a coordinated fiscal policy. Without supranational fiscal policies matching supranational monetary ones, the euro is bound to remain vulnerable to asymmetric shocks.

The Eurozone’s structural weaknesses are rooted in unreliable adjustment and stabilisation mechanisms at the level of the Union, allowing exposure to external shocks. Currencies act as shock-absorbers; the Eurozone countries, as they belong to a sub-optimal currency area, would benefit from floating exchange rates. Member States initially legitimated the use of a single currency due to the significant trade integration it would promote. Also desirable were the lowered transaction costs and exchange rate uncertainty a single currency would bring about. However, these countries remained unevenly impacted by external shocks, which should have initially condemned all aspirations of economic integration. Ultimately, the creation of a single-currency area was inevitable as its perceived political benefits exceeded its economic costs. After the area was established, linguistic and cultural barriers, as well as disparities between national social safety nets rendered labour, wages, and prices unable to act as reliable shock-absorbers to the heterogeneous economies of the Euro Area.

The Sovereign Debt Crisis and Attempts at Reform

With the collapse of financial institutions, high public debt, and rapidly rising bond yield spreads in government securities, the sovereign debt crisis has severely affected Europeans’ confidence in their economies since 2009. Portugal, Ireland, Greece, and Spain (PIGS), as well as Cyprus, were hit hardest by the crisis, to the point where their governments were unable to re-finance public debt or bail out banks during the crisis. The economic structure of the Eurozone, especially its lack of fiscal coordination mechanisms, not only contributed but also further protracted the crisis.

Some attempts at reform must be noted. In 2012, the Luxembourg-based European Stability Mechanism (ESM) sought to palliate the structural weaknesses of the Eurozone as a monetary union, through the instant provision of financial assistance at times of severe financial distress. As a “lender of last resort for sovereigns,” it aimed to replace the European Financial Stability Facility (EFSF) and the European Financial Stabilisation Mechanism (EFSM), both established as temporary backstops to the Eurozone’s sovereign debt crisis. With a maximum lending capacity set at EUR 500 billion, the ESM aimed to provide financial assistance in exchange for the Eurozone Member State’s signature of a Memorandum of Understanding on policy implementation. As such, financial assistance would be conditional on reform. The ESM and EFSF met relative success. Both institutions boast the achievement that Cyprus, Ireland, Spain, and Portugal successfully exited their respective financial assistance programmes without follow-up arrangements.

Nevertheless, the Eurozone continues to display worrisome weaknesses. Presently, five European economies feature gross debt levels higher than their output, and current accounts remain dangerously imbalanced across the Eurozone. Greece (176%), Italy (132%), Portugal (133%), Cyprus (110%), and Belgium (108%) struggled to reduce their raging public debt levels in 2016. On average, public debt levels across the Eurozone amounted to 90.1% of GDP in 2016. This is particularly alarming considering that the Maastricht convergence criteria require Member States’ debt-levels to remain below 60% of GDP.

Contrastingly, Germany has a high and persistent current account surplus, amounting to 8.4% of GDP in 2016, and projected to remain above 8% of GDP until 2018. These figures suggest the existence of current account deficits in weaker Eurozone economies. The extent of the imbalances and their macroeconomic implications for the Eurozone led the European Commission to call onto Germany for the development of policies to overcome its accumulated excess of national savings to investment ratio.

As the sovereign debt crisis has shown, relying on Member States’ goodwill and budgetary coordination  under the Stability and Growth Pact cannot guarantee stabilisation at times of crisis. In response to continued challenges, the European Parliament adopted a trans-partisan resolution in February 2017 outlining its recommendations for further Eurozone integration and reform. It recommended measures such as the transformation of the ESM into a European Monetary Fund modelled after the IMF, and the creation of a Eurozone Finance Ministry with budgetary capacity. The resolution claims such measures would put to an end to the “too little, too late” Eurozone crisis management.

By itself, the first option is sub-optimal. An EMF would only allow for asymmetrical and reactive adjustments to continue, while further enshrining the deflationary bias of the current monetary union. Making a short-term measure permanent does not equate to proper stabilization in the long-run. Furthermore, an EMF would only hold little legitimacy in the eyes of the electorate – an unrepresentative, unaccountable, and opaque governance structure would only perpetuate existing fears of ‘those European technocrats’.

By contrast, an effective monetary union complete with a Eurozone budget would allow for the euro’s recent macroeconomic recovery to sustain itself over time. It would also provide stabilisation mechanisms and allow Member States to restructure sovereign debt without fears of liquidity traps. Moreover, Eurozone Member States could offset economic desertification and grievances associated with the regionalization of productivity promoted by the monetary union. Finally, a Eurozone budget would depend on a common tax revenue, as well as the capacity to borrow in the open market through ‘Eurobond’ debt issuance. This would not only strengthen the Eurozone’s market credibility, thus attracting investment and encouraging growth, but would also require the EU to address its democratic deficit. A fiscal union is thus also politically optimal for the European political project as a whole. Indeed, and as French Socialist MEP (Progressive Alliance of Socialists and Democrats) Pervenche Berès emphasizes, the Eurozone is nothing less than the “nuclear core” of the EU, a core upon which hinges the European project’s political stability.

The Franco-German Couple and Eurozone Reform

As the product of the Franco-German partnership, the Eurozone only awaited a refreshed French leadership and a new German mandate for reforms to be initiated. On the one hand, the overwhelming victory of Emmanuel Macron in the French elections in May 2017 opened a historical two-year window of opportunity for Eurozone fiscal integration (bounded by the June 2019 European Parliament elections). On the other hand, the weakening of the CDU/CSU’s power in the Bundestag in September 2017 could dampen such a promising outlook.

To the great delight of macroeconomists, the renewed French leadership has taken a particularly strong stance on Eurozone reform. French Finance Minister Bruno Le Maire declared: “either the Eurozone moves from being an imperfect monetary union to a true economic continent, or it could disappear”. The two-year window of opportunity opened by Macron’s election to the French presidency provides the 19 Eurozone Member States with the chance to silence the single-currency area’s opponents. President Macron’s plans for Eurozone reform show deeper fiscal integration is the way to do so. Indeed, he advocates the creation of a European Economic and Finance Minister, a Eurozone Parliament, and a separate Eurozone budget, amounting to hundreds of billions of euros.

On the other side of the Rhine, Chancellor Merkel would have rather remained silent on her neighbour’s plans before the German federal elections, knowing the controversy stirred by the terms ‘fiscal union’ in Germany. She nevertheless, yet rather reluctantly, conceded that the appointment of a Minister, and the creation of a budget for the Eurozone would have to be considered in the future.

In the aftermath of the elections, taking a resolutely favourable position to Mr. Macron’s reforms would be too costly for Ms. Merkel. The rise of the Alternative for Germany (AfD) and Free Democratic Party (FDP) indicates that over one in five Bundestag members takes a critical view of Europe’s bailout policies, which will inevitably affect other parties’ stance on Eurozone reform. Ultimately, room for political manoeuvring seems scarce in this post-election setting. It will undoubtedly be difficult for Ms. Merkel to build a stable coalition in power, while committing to higher levels of European integration and spending.

The lasting influence of former Finance Minister and Bundestag Speaker Wolfgang Schäuble on German politics will also affect Merkel’s Eurozone commitments. Schäuble is known for his unyielding austerity economics, and has strongly opposed all risk-sharing and stability-promoting proposals. He has thus strongly rejected President Macron’s plans. Furthermore, Angela Merkel will have to confront many German taxpayers’ deep-seated opposition to fiscal integration plans. If anything, the German election results and the CDU/CSU’s ensuing coalition-building negotiations with the fiscally liberal FDP are bound to dampen willingness to reform. In the weeks leading up to the German elections, the FDP used vivid anti-integration rhetoric, warning voters against the dangers of a “money pipeline” from German coffers to Southern European pockets. Ms. Merkel will thus play a balancing game between the FDP’s Eurozone concerns and domestic concessions.

There is however ground for hope. It seems the German Chancellor would have valuable domestic horses to trade in her coalition-building negotiations, which are expected to draw out well into December 2017. The valuable post of the Finance Minister is vacant, while concessions could be made on immigration policies as well as education and infrastructure. Pragmatism in German coalition-building negotiations is thus Macron’s only hope for successful Eurozone fiscal integration in the next two years.

The Value of Pragmatism

As long as the Eurozone lacks a proper fiscal union, not only will the risk of sovereign debt crises continue to loom large, but the EU’s half-baked endeavours of supranationalism will remain the target of Eurosceptic, nationalist, and populist discourses. Institutionalising short-term bailouts will not do the trick. Promoting both economic responsibility and solidarity, as well as investment and reform in the Eurozone, is paramount to the viability of the European project in the long-run. The continued separation of fiscal and monetary spaces makes neither economic nor political sense. Thus, a true fiscal union is necessary.

Before May 2017, Eurozone reform would have been unthinkable. However, the election of Emmanuel Macron to the French presidency has opened a two-year window of opportunity for reform and breathed hope and vision into the Eurozone. Nevertheless, the German elections empowered the FDP’s anti-integration discourse in Berlin and Brussels. With domestic concessions, Merkel retains the power to silence Macron’s opponents and engage in meaningful Eurozone reform. Only time will tell whether the German coalition-building negotiations will yield a positive outcome for Eurozone reform.