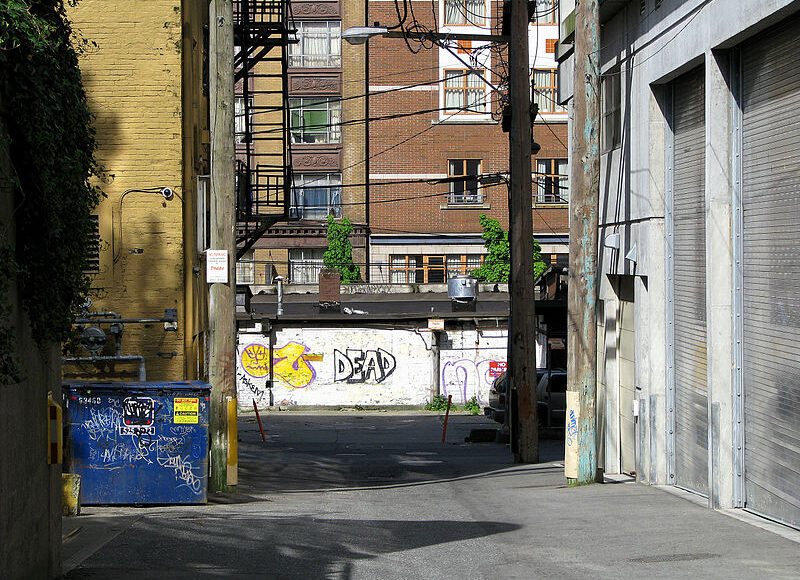 This is the second article of a two-part series on addiction in Vancouver.

Despite environmental factors like disconnection and marginalization emerging as significant risk factors for addiction, drug prohibition cultivates an environment wherein users are fearful of seeking treatment and support, even without a global pandemic. As Vancouver and British Columbia continue to search for answers to the province’s longest public health emergency, radical actions have already occurred. Vancouver is home to North America’s first safe injection site. And though it seems laughable to distribute pure heroin throughout the Downtown EastSide (DTES), the drug in its uncontaminated form does not entail the same detrimental health outcomes that accompany the contaminated versions on the street. However, without any underlying attempts at alleviating the social and environmental aspects of addiction, it’s clear that such responses don’t get to the crux of the problem.

Faced with “the visible, undeniable failure of existing approaches,” Switzerland resolved its own heroin crisis by drastically re-orienting its drug policies. Notably, its Federal Office of Public Health permitted Heroin Assisted Treatment (HAT) trials that legalized heroin prescriptions. Beyond providing the drug, HATs offer important support that helps addicts “get their lives back on track.” Although this is considered a treatment of last resort, the extent of the current crisis clearly necessitates more dramatic action.

Since its implementation, the Swiss model has demonstrated “improvements in physical health, mental health, and social integration, as well as reductions in criminal behaviour and other substance abuse.” Moreover, despite fears that they merely enable an addict’s habit, HATs have been associated with a reduction in usage and higher rates of patient retention, with most eventually quitting. Furthermore, a Canadian Senate report on Switzerland’s drug policies discovered that “[a]round twice as much is spent on the criminal prosecution of drug use and trafficking as on treatment.” Although implementing HATs in Vancouver seems outlandish and extreme, a majority of Swiss support their existence.

Still, introducing HATs entails a significant social obstacle. While many endorse helping addicts, some are understandably uncomfortable with having support centres nearby. However, Ruth Dreifuss, the Swiss president who enacted their revolutionary drug policies, lives in close proximity to one herself, and asserts that they ought to be in central, easily accessible locations. Consequently, concentrating services solely in the DTES emerges as another obstacle to enacting the successful policies that addicts require.

Although Switzerland’s 1994 adoption of HATs pioneered a growing opposition to drug prohibition, Portugal took the more radical step of decriminalizing personal drug use and possession in 2001. Subsequently, possession became a civil, rather than a criminal, offence. Offenders are brought before the Commission for the Dissuasion of Drug Addiction and funnelled into a system of treatment and recovery. Moreover, unlike prohibitionist strategies that shame and degrade addicts, the Portuguese model “is based on respect,” focusing strongly on each individual’s relationship with drugs. It treats addicts humanely and provides non-judgmental, compassionate support “by asking citizens what [the system] can give at that given moment.” As noted by Dr. João Goulão, who spearheaded Portugal’s progressive drug policies, “[t]he most important part was making treatment available to everybody who needed it for free.” Accordingly, the fundamental goal is enabling these individuals to become active participants in their community. As opposed to prohibition’s top-down treatment, the Portuguese cater treatment to the individual and provide the necessary tools to participate in society. This could include providing IDs, offering various types of therapeutic support, helping them find jobs, or even giving tax breaks and wage subsidies to businesses that hire former addicts. The Portuguese healthcare system even has outreach teams that travel the country and initiate contact with users. Ultimately, this underlying support infrastructure is the integral element of Portugal’s changed drug policies. Without it, Dr. Goulão acknowledges that decriminalization would have only worsened the situation.

In the wake of the country’s own drug epidemic, decriminalization had its share of skeptics. Fears such as massive increases in drug consumption, especially among youth, increased crime, and Portugal becoming a “drug tourism” destination surfaced. However, these never manifested. Following decriminalization, the number of drug-related criminal offences decreased, which eased the strain created by drug cases on the criminal justice system and allowed it to function more efficiently and effectively. Observing these outcomes, João Figueira, chief inspector of Lisbon police’s drug unit, recognized the futility of police practices under prohibition. Accordingly, Figueira asserts that the changed policing practices under decriminalization improved citizens’ view of the police and freed up resources once tied up in the endless cycle of busting addicts. And as the treatment of addicts began to improve, Portugal’s healthcare system became more cost-effective and experienced improved outcomes, including users being more willing to seek treatment and support, fewer drug-related deaths, and a decrease in problematic drug use. In turn, a UNODC report on Portugal’s drug policies found that they “did not cause an increase in levels of drug use.” Meanwhile, youth drug use increased in the immediate years after decriminalization, but eventually declined. Further demonstrating the success of the country’s drug policies, the Portuguese are united in resisting a return to prohibition.

Currently, drug prohibition forces people struggling with addiction into a seedy underworld ruled by a “culture of terror.” Instead of incentivizing a return to society and community, prohibition inspires a subculture that forces addicts to act criminally and inhibits their re-connection. Moreover, considering that homeless individuals are at higher risk of leaving treatment programs and relapse, it is evident the two are not mutually exclusive. Although it is unreasonable to state that we merely need to replicate Swiss and Portuguese policies, the two countries’ outcomes demonstrate that effective alternatives exist, and provide models that can be adapted to a Canadian context. When analyzing these progressive policies, however, it becomes clear that their implementation requires a dramatic change in the role of government, and possibly even some evolution of our economy. Expanding the existing health-care infrastructure to include the treatments used in Switzerland and Portugal involves political, economic, and social change. As Switzerland and Portugal recognized, treatment and support centres must be central and easily accessible, leaving no room for ‘not in my backyard’ sentiments. Moreover, amidst other Vancouver social issues, such as rising housing and living costs, pushback against comprehensive support for addicts can manifest as frustration that other citizens are not being provided with the assistance they need. This is an understandable sentiment for Canada’s most expensive city. But if the overarching issues of housing, income, and employment insecurity are pervasive throughout society, then perhaps they are indicative of deeper problems in our economy and the policies that we have adopted.

In the past, I discussed harm-reduction strategies, like InSite, with an aura of skepticism. In a previous article, I stated that InSite is “at best a band-aid solution and at worst enabling” the current opioid crisis. However, as I’ve learned more about addiction and drug policy, I’ve realized that this statement was partially wrong. True enough, safe injection sites alone are, at best, only a band-aid solution. That being said, I would not go so far to characterize the existing drug policy as a “disaster.” Rather, taking lessons from Portugal and Switzerland, Vancouver has only dipped its feet into the waters of approaches that have produced positive outcomes for addicts and the communities in which they live. What’s becoming clearer now is that it has to jump in the deep end and accept the long road to recovery. As noted in a renowned study on Switzerland’s drug policies, “no democratic country has managed to shrink its heroin problem rapidly.” Vancouver once took a risk when it became the first North American city to implement safe injection sites. To re-establish itself as a leader in strong, effective drug policy, it must commit to the compassionate approaches that empower those struggling with addiction and enable them to reconnect with the communities in which they live.