Russia in the final phases of the Syrian Civil War. 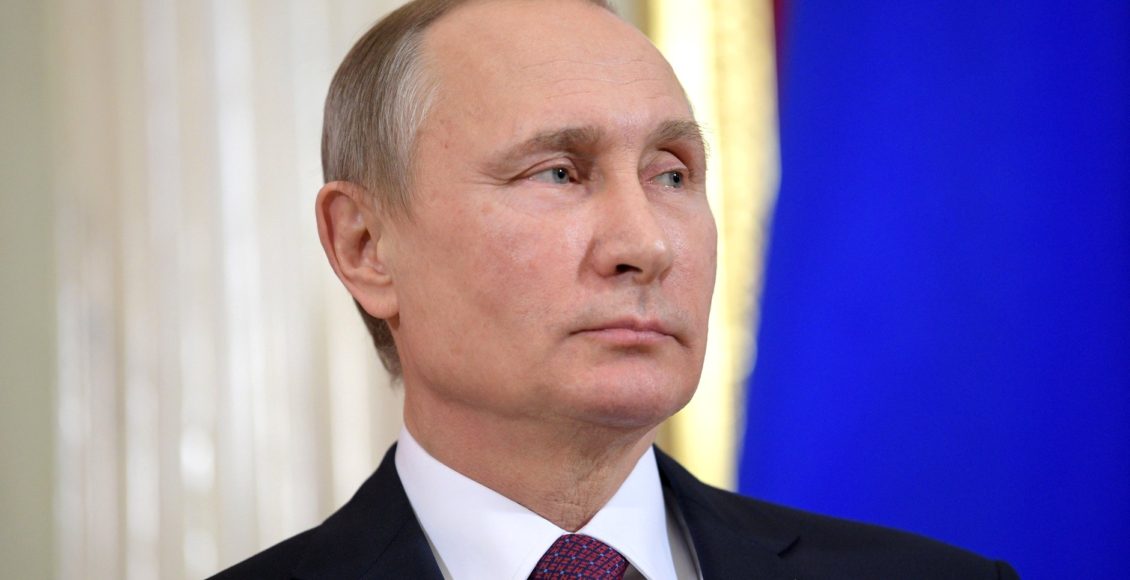 On February 7, Igor Konashenkov, spokesman for Russia’s Ministry of Defence, released a statement to the international media. Some time earlier in that week, a Syrian passenger jet had made an emergency landing at the Russian-controlled Khmeimim Airbase on Syria’s coast, routed on its way to Damascus by rockets from the ground. The fire, he explained, had been friendly. Syrian air defence had trained its missiles on the plane on the suspicion that it was a harbinger of an Israeli strike on the area, the latest in a stream of rocket attacks directed not at the Syrians per se, but at their Iranian allies.

As the Russian Defence Ministry saw it, the Syrian army’s confusion was perfectly justified. After all, Konashenkov complained, it has become a “common practice” of the Israeli Air Force to wield passenger jets as “cover” during the airstrikes they mount over their northern neighbours. Using airbuses as a “block,” the Jewish State could effectively prevent retaliatory fire from Syrian missile defence systems by rendering the associated civilian costs very grave. Israel’s tactics in Syrian skies have become so constant and so manipulative, implied the Russian Defence Ministry, that they could be unequivocally blamed for the landing of that airbus on Russian-controlled ground that week.

On its face, this sequence of events seems unremarkable. Israel’s anti-Iran targeting threw the object of Iran’s aid in the region, the Syrian military themselves, into a moment of confusion, jeopardizing the safety of civilian travellers and requiring a Russian landing pad for a wayward plane. The Kremlin simply took to the media in order to publicly grumble about the blunder.

But below the surface, perhaps Russia’s willingness to openly bemoan Israeli tactics in Syria is the latest iteration of the Federation’s crumbling foreign policy in the region. As the Syrian Civil War winds down and Russia enters its fifth year of intervention within it, the country seems to be getting tangled in its own web of contradictory and covert international partnerships. Positioned as the mutual ally between multiple sets of enemies in the Syrian theatre, the Russian presence that once smacked of Cold War calculation now seems improvised, stochastic, and altogether unsustainable.

When President Putin announced in the late summer of 2015 that Russia would send its air force directly into the Syrian Civil War, the decisions and partnerships that followed signified a kind of imperial opportunism. Virtually immediately upon arrival, defence forces constructed the forward-operating Khmeimim airbase (the same one on which the Syrian jet landed this month), and implanted within it its advanced S-400 missile defence system. The navy entered and heavily fortified the nearby port of Tartus, reviving the eponymous Soviet-era base there with new technology and personnel. Geographically, within a year of its initial intervention, Russia had already reclaimed a tangible foothold in the eastern Mediterranean, the likes of which it has not enjoyed since the height of the Cold War.

Meanwhile, under the official auspices of defeating ISIS, the country’s incompatible compacts began to take shape. Russian defence sent armaments and aerial support to the Syrian Democratic Forces (SDF), a predominantly Kurdish coalition led by forces that had hoped to build an independent state on the territory out of which they chased ISIS. But, ever eager to maximize allies, Putin also bolstered the Turkish intervention in northern Syria. Erdogan, too, had ostensibly sought to cripple the Islamic State, but more immediately, he hungered to crush the nationalist aspirations of those same anti-ISIS Kurdish groups aggregated in the SDF. And Russia’s position as the friend these two enemies is the confounding alliance still largely subsumed under the anti-terror motive that Putin had sold to his own population and the world.

In reality, Russia’s chief aim in Syria has always been the reinstatement of the Assad regime, and with that objective comes another confusing and contradictory set of partnerships. Since 2015, Russia has carried out extensive aerial strikes on behalf of Assad, bombing both rebel and civilian targets in order to reassert regime control. It has collaborated closely with Syria’s pro-Assad military on a tactical basis, has infused them with firepower and training, and has furnished them with the elite Russian-built S-300 missile defence system, transferred to Syrian control in October 2018 following the latter’s accidental downing of a plane that contained fifteen Russian servicemen (in a situation not unlike the one from the beginning of this month, the Syrians, having mistaken the aircraft for an Israeli spy jet, fired on it over the Mediterranean, a debacle for which Putin similarly blamed Israel). Most critically, however, this extensive alliance with the once-faltering regime has required an indirect yet constant partnership with that regime’s other major backers. Iran and Hezbollah, who view an Assad-controlled Syria as a strategic geographic bridge between their two organizations, have also worked to reinstate the leader, embedding themselves among those same Syrian forces on the ground as Russia aids from the air.

Bonded as it is to Iran and Hezbollah through a mutual commitment to Assad, Russia has also nursed a quiet, cryptic partnership with Israel, the archenemy of that state and its Lebanese satellite. Although the relationship’s full extent is difficult to discern, proof of its existence lies in the policy of “deconfliction,” an active agreement for military coordination between the countries’ defence ministries that emerged at the outset of Russia’s 2015 intervention. Affirmed by periodic meetings between Russian and Israeli military personnel, the tenets of the agreement give Israel free rein to launch strikes on Iranian targets in Syria, provided that the country’s air force does not obstruct Russia’s own pro-Assad operations there. Essentially, under the cover of Syria’s constant warfare, Israel can chip away at the growing Iranian presence in the region while Iran’s ostensible ally looks on in tacit permission.

In sum, Russia has armed and collaborated closely with the pro-Assad Syrian army, who have, in turn, collaborated closely with — and been armed by — Iranian actors and their Hezbollah affiliates. Israel hits Iranian targets, which are defended by Russian-donated Syrian air defence systems, and Russia allows this Iranian targeting, so long as the Jewish State takes care to keep Moscow out of the crossfire. All the while, Russia’s own operations target not only ISIS but also the US-backed Free Syrian Army and Saudi-supported Nusra Front, effectively concentrating Russia’s opponents in the United States and the Gulf, while reinforcing a tangential partnership with anti-Gulf Iranian actors.

So long as the war itself persisted in full force, the contradictions between these alliances could be blurred and elided. Provided ISIS continued to hold its territory, for instance, Russia could interface with both Kurdish nationalists and their Turkish opponents, supporting the former’s quest to erode the Islamic State’s presence in Northern Syria, while assuring the latter that the land around the Turkish-Syrian border would not become Kurdish territory once ISIS had died. As long as rebel strength persisted, the Russian military could continue to work with Assad’s army in willful tunnel-vision, acceding to Israeli adventures on the one hand, and to Iran-Hezbollah maneuvers on the other. While all these allies and covert partners focused on the ultimate ends of the conflict, Russia keenly made itself at home in the interim. Only now, as the civil war sputters toward its end, must that fleeting empire confront the eventualities it was premised on ignoring.

Today, in the first stages of that confrontation, Russia is fickle and flailing. It alternates between publicly chastising and cooperating with its partners, attempting to satisfy each by sacrificing pieces of its relationships with others. It is a perpetual seesaw that explains why Putin darted from closed-door meetings in Jerusalem in January to an exasperated denouncement of Israeli “provocations” above Damascus just two weeks thereafter. Or why Moscow sold Ankara its elite S-400 missile defence system this past summer, even as a Russian-aided airstrike last week killed an estimated 36 Turkish soldiers in efforts to coax Erdogan out of Syria’s Idlib region (the two sides have since reached a precarious ceasefire). It is duct-tape diplomacy, conceived in order to exploit a horrendous conflict for all the partnerships it is worth, but ill-suited for that conflict’s denouement.

At the beginning of Macbeth, the protagonist speechifies about the notion of “vaulting ambition,” a kind of lust for power so potent that it “o’erleaps itself,” crossing its own wires and tumbling toward a space beyond reason. And in a form not unlike that described by the play’s wannabe king, Russian foreign policy seems to be catching up with itself, too, revealing its own contradictions and inherent impermanence. As the Kremlin chases a Cold War-era dream anew, it seems it is running out of interim chaos into which to vault. With the Syrian Civil War coming to an end, perhaps this is what it looks like when Moscow starts to overleap itself.

Featured image found on Wikimedia Commons by Kremlin.ru, licensed under CC by 4.0

This article has been updated on March 9th, 2020 to indicate that the Russian-controlled Khmeimim Airbase is not on Syria’s northern coast.