The Vicious Cycle of the War on Drugs 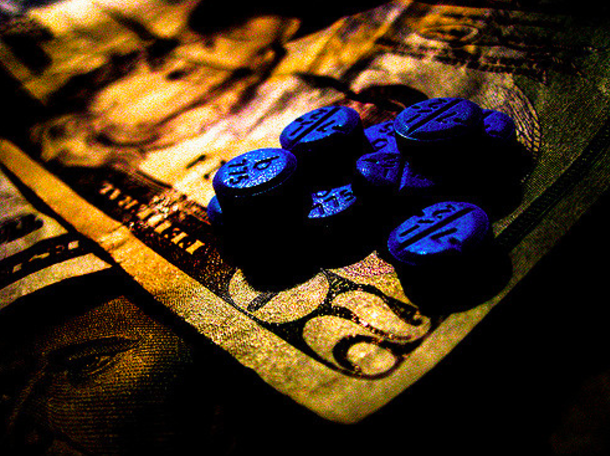 The War on Drugs has been central to discussions at numerous assemblies in the United Nations. The most recent assembly took place between the 19th and 21st of April in New York. The assembly noted the alarming irony that, despite increased efforts in the war against drugs, global drug consumption has increased. The worldwide drug industry is said to be worth $300 billion, whilst the total spent to eradicate the industry is a comparatively measly $288 million. Traditionally, political leaders have reacted to an increase in drug-related violence by adopting measures to completely criminalize the use of any and all psychoactive drugs. Critics have suggested that, having failed to mitigate rising abuse, existing drug policies ought to be reformed. Partially legalizing – and heavily regulating – the market might be a more cost-effective use of resources, and would reduce rampant human rights violations.

Politicians have argued against further investments in the area of drug control, pointing to decades of negative returns. Economists frequently bemoan the futility of the War on Drugs. They want to see a change of strategy in the fight against the narcotics industry. As things stand, millions of dollars are frittered away in the attempt to disrupt the supply of drugs. American military units have been deployed on expensive missions to uproot or spray drug crops with chemicals. Cartel ambushes are common. Funds are also directed towards special task forces that target drug gangs and extradite members to American soil, further straining public finances. America spent over $30 billion in 2016 alone on such programs, hoping to reduce the supply of drugs flowing into the country. Despite the complexity and financial cost of such counter-supply operations, however, drugs continue to arrive at the intended destinations.

For this reason, economists have suggested switching from a supply-oriented policy to a demand-sided one. Instead of targeting supply of drugs, they contend, the more efficient course would be to lower demand for them. However, governments should not seek to simply drive up prices. Psychoactive drugs’ addictive properties make them fairly inelastic: a rise in prices will not significantly decrease purchases. Such a policy would have the perverse effect of strengthening the drug industry. When part of an integrated approach, increased funding for well-developed drug education at schools has been shown to have a positive effect on drug use. Superficial propaganda, on the other hand, has largely been counterproductive. Students exposed to the latter sort of program tend to continue using drugs much as before, although appear to have been discouraged from doing hard drugs like heroin. Better-tailored programs, from the improvement of rehabilitation facilities and the legalization of marijuana to the de-politicization of media coverage, could significantly cut consumption of psychoactive substances, while reducing the burden of the War on Drugs to taxpayers by an estimated 10 times.

The War on Drugs has developed into a highly politicised issue. Harsh realities of drug-related health concerns and problems of racial marginalization are often overshadowed by political grandstanding. Conservative anti-drug campaigns’ main victims have overwhelmingly been members of minority groups. During the Reagan presidency of the 1980s, the ‘Just Say No’ campaign (headed by the First Lady Nancy Reagan) created a righteous frenzy in American society. At a point, new state legislation was being introduced mandating long prison terms for the sale or consumption of even small amounts of drugs. However, the people getting arrested came overwhelmingly from the Latino and African-American communities. According to Human Rights Watch, drug-related incarceration rates for African-Americans were approximately 3 times the figures for whites. As a reaction to the constant hyping of anti-drug campaigns in the media, a counterculture would emerge that essentially glorified drug use, nullifying the effects of such campaigns.

“We know that just oppression, just prohibition does not work, we know it for certain.” So ran a statement made in an interview with The Economist regarding the costs of the War on Drugs in Latin America. Such sentiments are shared by many Latin Americans, especially in the Andean countries. In an interview in 2011, President Juan Manuel Santos of Colombia called not only for decriminalization, but also for the legalization of certain psychoactive drugs. Several political leaders in the region have voiced their support for such measures.

Diplomatic relations between the US, Europe and Latin American countries have always been strained on account of the War on Drugs. Producers in Colombia, Peru, and Bolivia are the biggest exporters of cocaine to the US, but third parties have frequently suffered the effects of American responses. Among the unintended consequences of chemical bush spraying are the long-lasting damage caused to Latin American ecosystems, damage that residents must endure. Moreover, the constant tussle between American-allied forces and local guerrilla groups like FARC in Colombia has fostered a dangerous atmosphere of instability. Quite often, the rule of law and faith in state institutions have been undermined. Perhaps this should come as no surprise when it is powerful drug cartels and not governments that provide the people of a country with public goods. Sometimes cartels will be the sole purchasers of farmers’ drug crops, who in turn rely entirely on such cartels for basic livelihoods. Cartels have also known to recruit juveniles as employees. Human rights violations have become an everyday occurrence in areas under cartel influence. In 2006, a staggering 60,000 people were murdered in Mexico following President Felipe Calderon’s crackdown on the cartels.

A new approach is desperately needed. Should Latin American countries adopt decriminalization, they would be following the successful precedent set by Portugal in 2000. In that country, the idea behind decriminalization was to substitute rehabilitation and treatment programs for incarceration as a means of dealing with abuse. Prior to decriminalization, a report commissioned by the European Monitoring Centre for Drugs and Drug Addiction (EMCDDA)  found that, upon purchasing drugs, youngsters had rarely considered the health risks attached to drug use. Such findings prompted the government to channel resources into education programs and treatment facilities.

Of course, decriminalizing drugs will not necessarily be as effective in Latin American countries. Major differences exist as regards population size, demographics, average poverty rates, international ties, and – perhaps most importantly – institutional frameworks, like legal systems and economic structures. Secondly, Andean countries face problems not just with drug consumption. Many ordinary people in the region have found their incomes dependent on a thriving drug industry. It is very difficult to form an accurate prediction of what would happen if decriminalization were adopted across the region. However, War on Drugs-style prohibition has failed to such a degree that other options must be considered, at the very least as a way to curb the terrible violence.

Concentrated in the western hemisphere, the War on Drugs is limited in geographical terms. Even in other parts of the world where drug industries are growing, the effects are not felt too widely. India, for example, has become one of the biggest traffickers of heroin, as well as one of its largest consumers in the South Asian region. Indian authorities, like their American counterparts, have fixed their sights on supply rather than demand. Yet India severely lacks the resources to do as thorough a job: an estimated 18,500 acres of land used to cultivate drug plants continue to function. As an emerging economy with a steadily growing underground sector, the global War on Drugs is highly consequential for the future of India’s workforce.

The failure of the War on Drugs has been brought to the fore by many political actors. But richer countries are not willing to modify their tactics just yet. This makes it difficult for definitive or meaningful resolutions to pass at the United Nations level. Indeed, civil society’s increasingly important role in voting for reformist representatives, and in fundamentally rethinking strategies, ought to be lauded. Ultimately, national drug laws reflect trends in a specific country’s drug industry, as well as its consumption culture. For the sake of global welfare, governments must not adopt policies that may benefit one country at the expense of others. The US and Latin America should be quite illustrative of that.