A Villain Among Heroes: Marcos’ burial in the Cemetery of Heroes 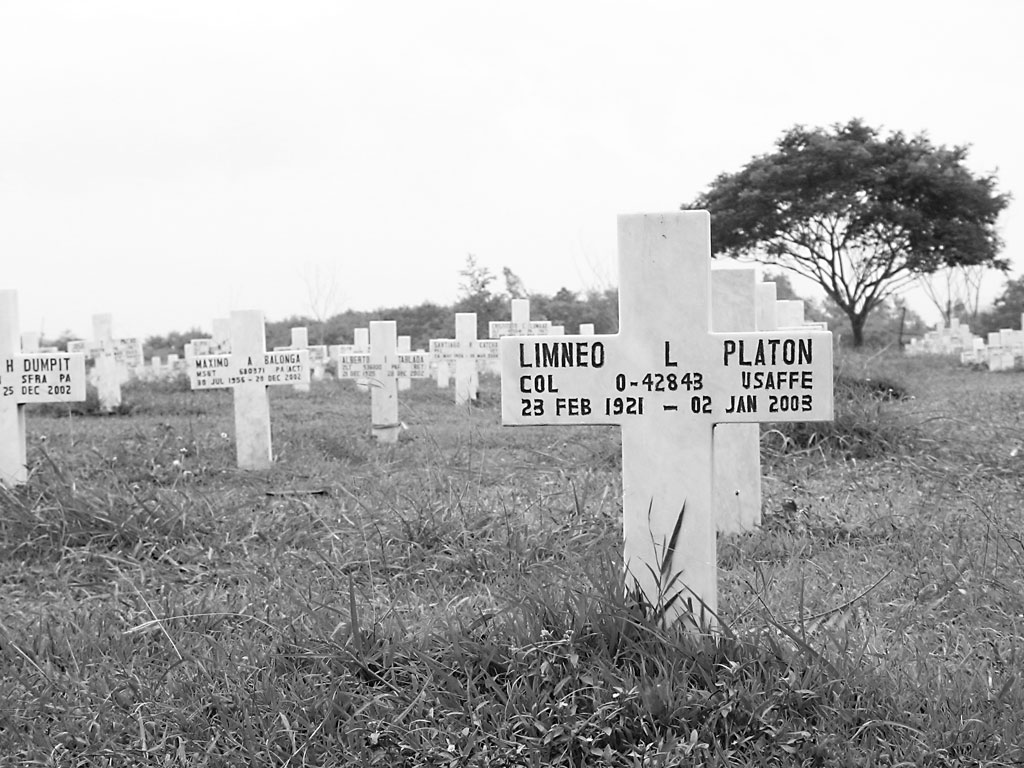 The Marcos family has been attempting to move Ferdinand Marcos’ preserved remains, which have been memorialized in an air-conditioned room in Ilocos Norte, to the Cemetery of Heroes for over 25 years. Throughout this time, incumbent Filipino presidents did not permit the burial of his remains on the site as it was only reserved for the heroes of the country – an honour many Filipinos, besides President Duterte, feel he has not earned. On November 8, 2016, the Supreme Court of the Philippines approved the burial of Ferdinand Marcos’ remains at the Cemetery of Heroes (Libingan ng mga Bayani), in a 9-5 split decision. The dictator’s burial happened ten days later, despite nationwide protests.

Across the country, citizens took to the streets in protest of the Supreme Court ruling. Those who lived through the Marcos regime urged the younger generation to never forget what truly happened during the time of martial law, which lasted over a decade. An estimated $10 billion was stolen from the Filipino people and put to personal use, people disappeared if they spoke against the dictator, the media was censored, elections were rigged, people were brutally tortured, and Marcos’ monopolies took away Filipino jobs. To this day, torture victims still experience the physical and psychological trauma of Marcos’ regime. They share their harrowing stories to the youth in hopes that the younger generations will not allow history to repeat itself.

President Duterte finally approved the Marcos family’s request for their former patriarch’s burial despite the crimes he committed against the Filipino people. He claims that his decision was objective and sound, as the tyrant was a soldier and a president—disregarding the fact that “his” medals of valour have no truthful basis. The Supreme Court of the Philippines defended their decision based on five reasons: there is no law that prohibits Marcos’ burial at the cemetery, the President has the right to reserve land under public domain for specific uses, Marcos qualifies for the burial because he was a former President and soldier, disqualification on the basis of him being “dishonourably discharged” do not apply to Marcos because such restrictions only pertain to the military, and he cannot be disqualified as he was never convicted of immoral crimes. The burial was conducted with a 21-gun salute and a full military honour guard that brought the dictator to his burial site; however, no media broadcasts were allowed during the ceremony.

Despite Marcos’ actions, there are still Filipinos who believe in him and support his family. His wife, Imelda Marcos, serves in the House of Representatives, his daughter, Imee, is the governor of Ilocos Norte, and his son Ferdinand junior (known as “Bongbong”) was a senator who narrowly lost this year’s vice presidential election. Marcos supporters were conducting counter-protests in support of the Supreme Court ruling and President Duterte’s decision. The Marcos family remains powerful, with their influence especially strong in the province of Ilocos Norte, where the dictator was born. Their prominence in the political sphere is what could have led president Duterte to allow the burial of their patriarch. Prominent families dominate Filipino politics, and Duterte was an outsider when he won the presidential election. With his win, he needed to gain allies. Despite his claims that his mother led protests against the dictator, he is still willing to form good relationships with the Marcos family because of their economic and political influence.

While there are those who support Marcos and those who detest the dictator, the fact remains that he is buried at a cemetery reserved for the heroes of the country. A tyrant and thief‘s remains are buried alongside national artists, soldiers who fought for their country, and leaders who made a difference: does this mean his actions are forgiven? Former president Joseph Estrada argues that what’s done is done, and it’s all a matter of moving on. The Human Rights Victim’s Claims Board (HRVCB) states that the dictator’s burial does not affect the reparation claims of torture victims. The current president and the Supreme Court have ruled that he qualifies to be buried with other heroes. These are just a few political figures who urge the citizens to move on, but is it all really that simple?

Asking for forgiveness means that the other party is sorry for their actions. Despite reparation efforts, there are still over 50,000 human rights violation claims to be resolved almost 30 years after the dictator’s death. The Presidential Commission on Good Governance (PCGG), which was established after the Marcos regime to recover the ill-gotten wealth accumulated by the Marcos family, revealed that senator “Bongbong” Marcos was hindering the distribution of ill-gotten wealth found in an off-shore account in Panama amounting to $40 million USD (Php1. 84 billion). The Marcos family has never even apologized for any of the actions taken by their patriarch and they continue to operate within the country.

Duterte claims to have declared war on corruption, but his approval to bury the Philippine’s most corrupt president in a cemetery for national heroes is inconsistent with his message. Marcos’ presence among Filipino heroes is not only a disgrace to their sacrifices for the country, but a reminder that history can be changed depending on who is in power. While Marcos cannot simply be removed from the grave, although protesters call for the exhuming of his coffin, Filipinos owe it to their country to remember that he does not belong there. Corruption, torture, murder, and plunder are not what a hero is known for. While his body is still there, Filipinos must remember it as “The Cemetery of Heroes and One that was Definitely Not.”