Voices from the Margin: Punjabi Farmers and Modi’s Farms Bills 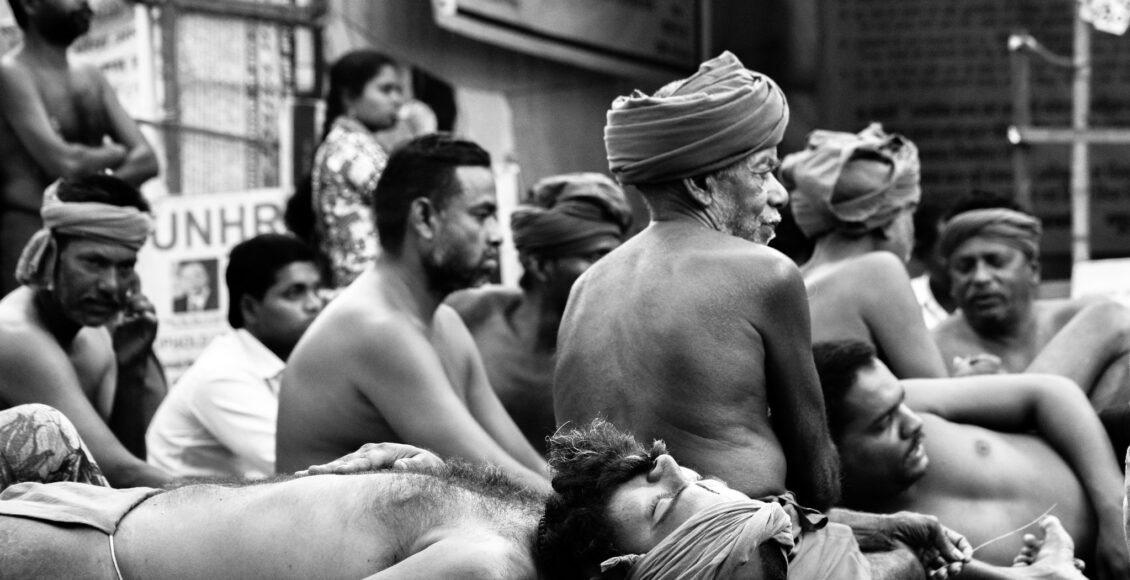 Amid a transformative global health crisis, 2020 has been a vector for social change and popular uprising worldwide. In September, the Indian Parliament passed three agricultural bills which quickly became the most recent catalyst for mass mobilization. Under the leadership of Prime Minister Narendra Modi of the Bharatiya Janata Party or “Indian People’s Party” (BJP), the Central Government claims that the bills are intended to provide a legal framework for farmers to expand their market output. However, many pointed to the bills’ underlying flaws that would negatively impact farmers’ revenues and further alienate Sikh populations in India.

The 2020 Indian farm reforms: outlining the path to revolt

The three Farm Bills — passed by the Parliament in mid-September 2020 and approved by President Ram Nath Kovind later that month — constitute an ambitious reform to India’s current agricultural business system. The bills aim to break government-regulated mandis by providing a legal framework through which farmers can enter into written contracts with companies, allowing them to sell directly to private buyers. The process would be mediated by a dispute resolution mechanism and would eventually remove the government’s ability to impose restrictions.

The passing of these three bills raised concerns regarding Minimum Support Price (MSP), a minimum price set by the central government for select crops to provide minimum remuneration for farmers. Because the MSP is basically absent from all of these bills, many farmers fear that the government will allow corporations to lower that price and exploit agricultural workers. Farmers’ fears are hardly unfounded, given Modi’s electoral promise in April 2014 to rework the MSP in favour of farmers with an additional 50 per cent profit. This measure never saw the light of day.

Criticism of the bills is particularly salient in the northern states of Punjab and Haryana, for which the government’s procurement of agricultural output — mainly rice and wheat — accounts for nearly 75 per cent of farmers’ total output. This extensive dependency on procurement by government agencies places farmers in these states in an incredibly delicate position given the liberalization of farmers’ markets. Allowing states to sell outside government-regulated markets would also harm Punjab and Haryana’s economies, as both states rely heavily on taxes and levies charged on commodities sold in farmers’ markets.

Since late October, farmers have organized peaceful sit-ins along the roads from Haryana to the Indian capital, eventually blocking the main highway into northern Delhi to protest these new laws. The movement quickly garnered support throughout the country, with over 250 million people rallying for the farmers’ cause, making it the largest protest in world history. Many farmers have also expressed concerns that the laws would virtually eliminate the need for intermediaries, who often provide quick funds for seeds and fertilizers and play a key role in ensuring farmers’ welfare.

So far, responses to these protests have been disquieting. For instance, in November, police officers fired tear gas and water cannons at peaceful protesters marching in Delhi. In response to mounting police brutality, Canadian Prime Minister Justin Trudeau affirmed Canada’s pledge to support the protests. Trudeau urged the Hindu nationalist government to initiate a dialogue with the farmers instead of repressing them, prompting discontent from India’s Ministry of External Affairs. Nonetheless, escalating violence reflects Narendra Modi’s efforts to alienate Sikhs in India.

The ramifications of these bills extend beyond recent protests and public outrage, with many observers noting how they will disproportionately impact ethnic minorities. More specifically, Sikh communities in India have long endured the crushing weight of their government’s repressive policies, brutally demonstrated during the 1984 Operation Blue Star, carried out by then-Prime Minister Indira Gandhi. This military operation targeted figures of the Khalistan movement — a Sikh separatist campaign — focusing primarily on the elimination of preacher and militant leader Jarnail Singh Bhindranwale. The military crackdown that followed exceeded its intended purpose of dislodging the insurgent leader, degenerating into what could be considered a state-sponsored genocide against Sikhs. While official reports situate the death toll around 492 civilian deaths, independent estimates recorded far higher numbers, reaching up to 7000 civilian Sikhs. To this day, Operation Blue Star remains a memorable example of Sikh persecution under the Central Government.

This Sikh exclusionary ideology is one of many examples of systemic inequalities entrenched within the Central Government. As a political figure, Narendra Modi has played a vital role in ostracizing non-Hindu communities in India. Serving as Chief Minister of Gujarat in 2002, Modi instigated violence towards Muslims by declaring that an attack on a train at Godhra was related to an act of terrorism organized by Pakistani intelligence services. Pogroms ensued, killing hundreds of Muslims as a result. All the while, Modi suppressed evidence tying him to the onset of violence, effectively concealing the role he played in rousing Hindu extremism.

Upon his re-election as Prime Minister in 2019, Modi appointed outspoken Hindu nationalists to head several important cultural and educational institutions in India while launching campaigns to change the names of places and textbooks, essentially to underplay Muslims’ contributions to Indian society and history. More concerning is how Modi’s re-election further emboldened his most segregationist supporters to inflict hate crimes against Indian ethnic and religious minorities. The implicit promise of political protection, sometimes in the form of police support, enables BJP supporters to commit hate crimes and promote Modi’s Hindu nationalist agenda. Amid a climate of acute ethnic fractionalization facilitated by Modi and the BJP, there is little doubt that his recent Farms Bills reflect an attempt to undermine economic opportunities for Sikh farmers, and questions still remain as to how current tensions can be resolved.

Toward a middle ground for protests and agricultural reforms?

India’s Agriculture Minister Narendra Singh Tomar formally called upon farmers to halt protests and to engage in talks with the government instead. So far, government officials and protest leaders convened for five rounds of talks, but they have yet to reach an agreement regarding the Centre’s intransigence.

Cam Singh, a member of the Sikh Indian diaspora studying in Birmingham, England, fears the long-term implications of these bills for Sikh farmers. “Although this is an all-farmer issue that affects every farmer, it does affect Punjab and its Sikh communities the most because 50 per cent of India’s crops come from Punjab […] and the population equates for only 2 per cent of the total population of the nation. These bills harm minorities the most,” he said in an email conversation.

When addressing the bills’ underlying motives, Singh pointed to Modi’s Hindu nationalist agenda, emphasizing how “the media are trying to portray Sikhs as terrorists for protesting against the bills,” a recurring trend of the current administration given Modi’s treatment of Indian Muslims. Wary of the potentially disastrous consequences, Cam mentioned that “over 16,000 farmers in Punjab have already killed themselves since the beginning of 2000 over unfair wages, this is just another genocide in disguise.”

Several additional rounds of talks between the government and farmers are scheduled in the coming days and weeks. Meanwhile, the protests keep gaining traction, backed by farmers’ unions and civilians who sympathize with the farmers’ plea, illustrating how the impact of these bills transcends the agricultural sphere. Protests in solidarity with Indian farmers have emerged in major cities across the world — including Canada’s largest urban areas in Montreal, Toronto, and Vancouver — harbouring the slogan “If you ate today, thank a farmer.” The ever-increasing scope of the protests will make it increasingly difficult for Modi and the BJP to ignore farmers’ complaints, especially with the support of civilians and the international civil society, thereby fuelling new hope for Indian farmers.

Featured image: “Faces of Protest” by Aditya Srinivasan Singh is licensed under CC-BY-NC-ND 2.0.