Voluntourism: You Should Not Be Here 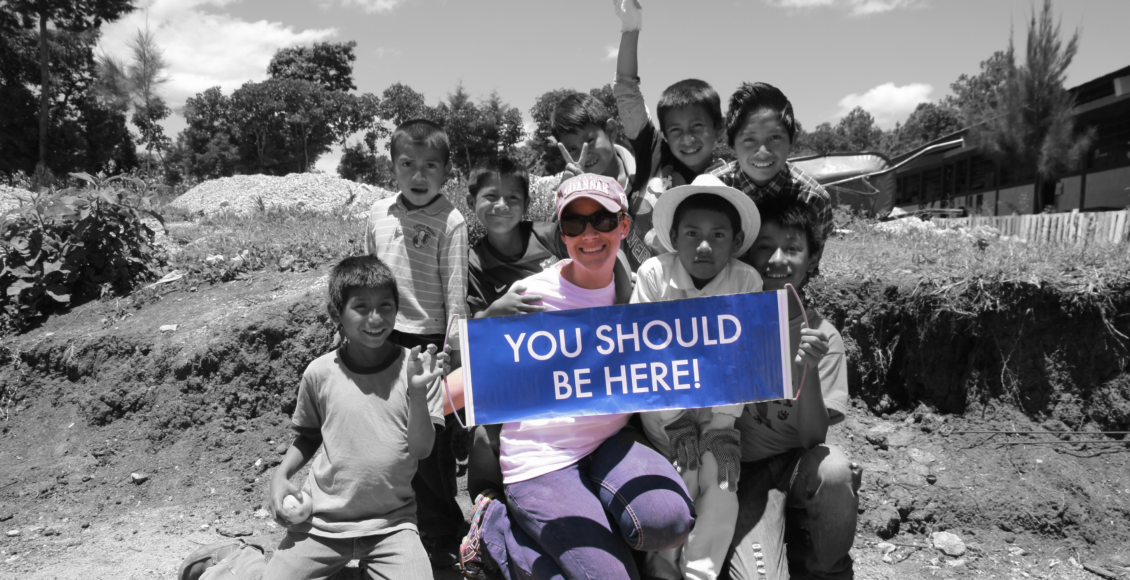 “Voluntourism” is a form of international volunteering that has flourished since the 1990s. It is promoted by countless volunteer organizations through offers of international trips, which purport to combine altruistic charity work with conventional tourism. As a former “voluntourist” myself, I’ve experienced firsthand the machinations of seemingly charitable volunteer organizations, and have witnessed the detrimental effects their so-called “missions” have on local communities. In 2015 and 2016, I embarked on consecutive volunteer trips to Sri Lanka and Peru, where I was to work as a teaching assistant and construction worker.

The organization I paired up with advertised their trips as deeply “meaningful” volunteer work — an opportunity to make a “long-lasting positive impact” on local communities — all the while working with a group of volunteers my own age and embarking on exciting touristic activities. The only requirements: volunteers must be between the ages of 15 and 18, and of course must pay the exorbitant mission-fee. It seemed like a great opportunity — if you could afford it. It also seemed too good to be true; and in fact, it was. How does 15-year-old Amy, whose skill set currently consists of cooking a passable omelette and speaking intermediate German, make a valuable difference as a teacher and construction worker in a disenfranchised community halfway across the world? The will is there, but the ability is lacking. But as a young, uninformed teen who’d just recently discovered her passion for humanitarian work, the opportunity was too good to pass up. I didn’t realize then that voluntourism, particularly that involving children, can be extremely harmful.

Profile of the average ‘voluntourist’

The typical voluntourist is a young, unskilled do-gooder, usually in their high school or university years. They originate from Western, more economically developed countries, and are mostly Caucasian. This demographic profile isn’t a coincidence. International volunteer organizations use target-marketing, often advertising volunteer opportunities specifically to young, impressionable people in their teens with ready funding from their families. A primary way they do this is by partnering with educational institutions, particularly high schools and universities. These, in turn, advertise volunteer placements through the internship and work experience departments. The trips are portrayed as veritably charitable and constructive “missions” to impoverished countries and communities; opportunities to immerse oneself in local cultures, coupled with periodic tourism activities. If this formula sounds at all familiar, that’s because it is. These missions are essentially glorified field-trips.

Organizations skillfully use strategic language in their advertisements. The emphasis on making a difference and giving back to the less fortunate tacitly exploits white guilt and youthful ignorance, while buzz-words like “missions” give the trips an air of importance. Volunteers, driven to help the underprivileged, are conned into believing that their short-term visits are effecting real change in the communities they serve. However, in reality, young international volunteers generally don’t have the required skill set to achieve the mission’s stated goal. Organizations, whether private or government-run, typically have minimal skill requirements. This enables agencies to advertise volunteer opportunities to a broad demographic in the interest of attracting a large clientele. More volunteers means more profit.

Who actually benefits from voluntourism?

The main problem is that voluntourism tends to benefit the volunteers far more than it does the communities they serve. Volunteering abroad can be a phenomenal experience. Workers can make transformational encounters and witness amazing sights. They can discover a vocation and form long-lasting relationships with their team members. However, the communities themselves rarely reap long-term benefits from these so-called “missions.” Education and caretaking missions, in particular, can be quite harmful to the children involved in them. Impoverished primary schools and orphanages are some of the most popular destinations for voluntourists, and have, therefore, become prime breeding grounds for exploitation by money-hungry organizations.

The educational aspects of such missions are often poorly executed, with little-to-no set lesson-plans and optional language requirements. As such, successive teams of volunteers can non-professionally teach the same lessons over and over, or worse: teach nothing of substance due to language-barriers (that’s when teachers typically resort to arts and crafts). This directly jeopardizes the students’ education, purposely holding them back rather than boosting them forward. Additionally, children in such contexts can suffer significant mental distress due to systemic abandonment, as teams continually rotate in and out of their lives. This lack of stability can lead to a host of mental illnesses, including anxiety and depression. During my time in Sri Lanka, I recall a particular incident in which two sisters I’d grown particularly attached to ran up to my mission manager, calling “Emily, Emily, Emily!” My manager quickly muttered something in Sinhalese, and they walked back to their desks, crestfallen. I later found out that Emily was a volunteer in the team that had rotated out just as mine had arrived.

So, what does this tell us? We have to consider that these volunteer organizations often have very little incentive to do good on their mission statements. Gathering a workforce almost exclusively made up of foreign, high-paying, unskilled volunteers doesn’t suggest a particular determination to truly help the communities in which they operate. In fact, by doing so, they can further perpetuate the cycle of poverty. For example, the popularity of orphanage voluntourism has contributed to the continuation of the institutions in many less economically developed countries, despite studies proving that these are largely harmful to children’s development. In economically developed states, orphanages have been all but eliminated, replaced by systems of fostering and adoption. Yet, in more impoverished regions, the institutions thrive, as parents are often highly incentivized to hand over their children through promises of schooling, specialized disability care, and food. Rather than provide viable aid for parents to improve their standards of living and keep their children, organizations encourage them to place them in group homes where they will be cared for by strangers. Why? Because orphanages have been turned into viable businesses through the consistent demand of eager volunteers, and they’ll always need more orphans. The children, and their communities, are commodified by institutions that depend on their poverty for profit.  And well-intentioned volunteers achieve the opposite of what they were hoping.

You are being purposely misled by international volunteer organizations into thinking that this form of activism is valuable. Don’t be fooled. These are businesses in the market for profit maximization. Worse, this means that they have a vested interest in perpetuating, or at least not actively combatting, the cycle of poverty, which is their bread-and-butter. This article isn’t meant to demonize your efforts. Most voluntourists are well-intentioned. But those intentions are misguided.

Voluntourism is lazy activism. If you truly want to effect positive change in the world, you must first become educated and develop valuable skills relevant to international development. Whether you want to enact system-level change or work in ground-level operations, you must invest meaningfully in the build-up of proficiencies that will enable you to do either of those things effectively. Those skills are hard-fought and sorely-won, but so is chipping away at systemic poverty.

Looking back on my volunteer experiences, I didn’t affect significant positive change, nor does it feel like my contribution was instrumental in achieving a long-term goal. I was just a cog in a machine that capitalizes on ignorance and systemic poverty. Don’t let yourself become one of those cogs, too.