War on Truth: Press Under Threat in Mexico 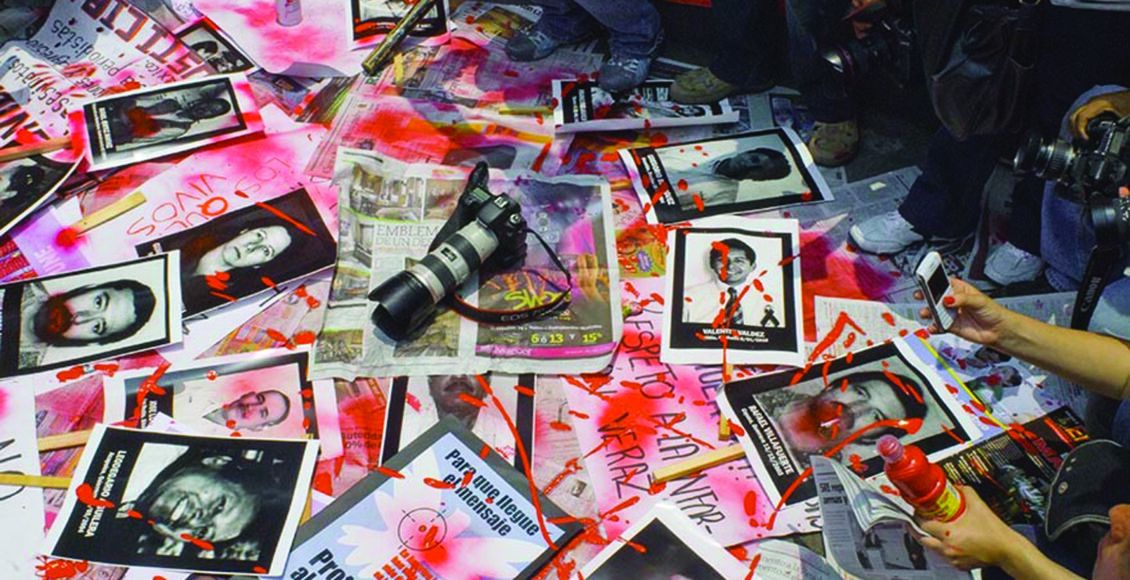 The state of freedom for journalists in Mexico

In Mexico, brutal killings of journalists are rising rapidly. Despite freedom of speech being held as an inviolable and inalienable right under the Mexican Constitution, journalists face constant death threats, censorships, and murder because of their profession. According to Reporters Without Borders, Mexico is currently the most dangerous country in the world for journalists due to the number of brutal killings that take place each year, propagated by a culture of impunity. The Committee to Protect Journalists has found that between 1992 and 2020, 60 journalists were killed in Mexico. A trend that suggests that the press is increasingly under threat in Mexico.

After seven journalists were killed in the entirety of 2021, the first two months of 2022 have already seen five journalists murdered to date. Last month, the succession of three brutal murders of journalists sparked public outrage among civilians and reporters against the government. Demands included action towards increasing press protections and justice for those who had been killed. Margarito Martinez, one of the journalists, was brutally shot and murdered on January 17, 2022, in his residence in Tijuana. A week later, Tijuanan journalist Lourdes Maldonado Lopez was shot in her car as she arrived home. She had previously been enduring threats due to her work focused on covering corruption across the country and politics. Back in 2019, during one of Mexican President Andrés Manuel López Obrador’s daily news conferences, Maldonado asked for his help and support, expressing fear for her life. Despite being enrolled in Mexico’s protection program for journalists, Maldonado was brutally murdered just three years later.

Three years since taking office, violence and impunity persist as President Obrador, despite coming to power with the promise to curb violence and the slogan “hugs not bullets,” has done little to tackle the issue. If corruption remains endemic and perpetrators of violent crime are not held accountable for their actions, the plague of media violence in Mexico will continue claiming lives. The motivation behind these killings is usually linked to the contentious subjects of the journalists’ work, such as investigating corruption and organized crimes, including the activities of violent drug cartels. Public perception generally assumes that gang members and cartels are responsible for these murders, yet many threats to journalists also come from corrupt politicians and the police. The government tends to claim that these journalists died for reasons other than their profession to avoid engaging in a more comprehensive investigation, calling into question the ability of the Mexican government’s 23 million-dollar-a-year federal program to provide adequate protection to journalists and rights defenders. Despite investments in intensified home surveillance systems and bodyguards, many of the journalists enrolled in the program were still murdered. One frequently-cited reason for these failures is that the mechanism of the program is dangerously under-resourced for the scale of the issue.

Mexico is not the only country in Latin America where journalists face threats and violence. Across the continent, the combination of weak democratic institutions, authoritarian leaders, struggling economies, and high levels of impunity makes it difficult for journalists to continue reporting. In certain countries, like Cuba, media outlets are highly controlled by the government, making it difficult for freedom of expression to be guaranteed universally. In light of these factors, how can citizens worldwide know what is true when the individuals investigating issues such as corruption and human rights violations are censored and murdered?

Despite the difficulties faced, reporters are fighting to keep journalism alive in Latin America. The creation of independent news outlets such as digital media sites presents new gateways for reporting. For instance, to keep reporting on the Nicaraguan government’s human rights violations and corruption without having to endure the dangers of reporting on the ground, journalist Jennifer Ortiz and producer Erick Muñoz created Nicaragua Investigata. Many journalists who fled the country have also created their “own brands” to keep reporting from a distance. Like former TV journalist Dino Andino, some have turned to YouTube as a refuge to start their own digital news program. Yet, if local news outlets and journalists are already struggling to report the truth freely, it is difficult to imagine how these independent news outlets can provide an efficient picture of what is happening on the ground when they are not in the country.

Despite social media’s disadvantages for journalism concerning the spread of misinformation, these platforms also offer journalists and citizens alike many opportunities to show what is truthfully happening in these countries. Many journalists based abroad often use social media to reach out to civilians to get their “testimony” of what is truly happening in their country. The international community often overlooks current events in Latin American nations, making it especially important for the voices of journalism to be kept alive within the region.

Many consider instances of repression and censorship to be characteristic of authoritarian states. Still, when looking at recent events that have taken place around the world, freedom of the press can be threatened in any context, including consolidated democracies. Increasing polarization within American society and the proliferation of “fake news” in the US and elsewhere has made journalism more difficult yet more important than ever. The crowd present at Capitol Hill during the January 6 insurrection insulted and threatened the media. The words “murder the media” were carved into a door of the Capitol, and some chanted “CNN sucks” while destroying press equipment.

In Canada, recent events such as protests in Ottawa have demonstrated a similar increase in harassment, abuse, and physical threats towards journalists. Organizers of the so-called Freedom Convoy issued a statement aimed towards journalists, claiming they were biased by profession and should be charged with crimes against humanity. The group Canada Unity said, “Media you should be scared for You [sic] know your days are numbered. Jail Cells are waiting for each of you!!!” Even in a democratic country, where the freedom of speech and expression is guaranteed and protected in the national constitution, journalists continue to face threats.

Journalists around their world put their lives at risk on a daily basis to report on what is happening on the frontlines. Without them, how could the world know what is happening in other countries? With the rise of misinformation, it is more important than ever to ensure that journalists can report freely on current events. In countries such as Mexico, where government corruption is rampant, and the threat of violence looms over citizens, being a reporter is incredibly dangerous. The problem of journalists facing persecution for their profession has been brewing for decades. Still, in Mexico and across Latin America, journalism and the protection of reporters remains an essential tool for exposing corruption, calling out human rights violations, and fighting misinformation.

Sabrina is a first-year student pursuing a degree in Political science with a minor in international development. Her interests include human rights issues, social justice, authoritarian regimes, and politics in the Middle East. She is passionate about languages and currently speaks six.