Was COP26 Too Little, Too Late? 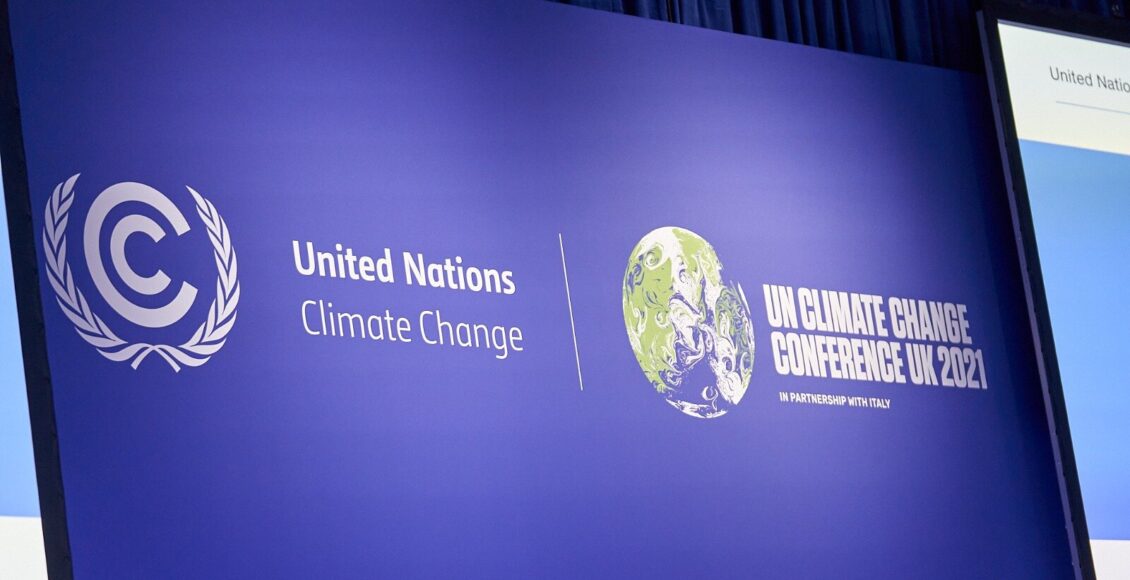 After a summer marked by environmental catastrophe and the grim findings of the 2021 IPCC report on climate change, many are demanding that policymakers wake up to the environmental crisis we are facing. The 2021 United Nations Climate Change Conference, also known as COP26, wrapped up on November 12th at the Scottish Event Campus in Glasgow, UK. World leaders, government representatives, negotiators, businesses, and citizens congregated in Glasgow with the hopes of tackling the climate crisis.

A code red for humanity

In August 2021, the Intergovernmental Panel on Climate Change (IPCC) released its Sixth Assessment Report addressing the most up-to-date physical understanding of the climate system and climate change. The report confirms that climate change is unequivocally caused by human activity and that human-induced climate change is already causing much extreme weather and climate events across the globe. Evidence of observed changes in extremes such as heatwaves, heavy precipitation, droughts, and tropical cyclones, particularly their attribution to human influence, has strengthened since the last assessment report. Since 1970, global surface temperatures have risen faster than in any other 50-year period over the past 2000 years.

The evidence of the IPCC report’s predictions came from the numerous climate disasters over the past summer. Notably, Canada and the Pacific Northwest of the United States experienced record-breaking heat waves that resulted in hundreds of civilians’ deaths. China and Germany also experienced deadly floods, and the COVID-19 pandemic further complicated the recovery process. Moreover, back-to-back droughts in Southern Madagascar pushed over 400,000 people into starvation, causing numerous deaths from extreme hunger.

Leading up to the Climate Change Conference, COP26 organizers laid out a set of goals for the event, including securing global net-zero emissions by mid-century and keeping the global temperature increase target of 1.5 degrees within reach. To meet this target, countries would need to accelerate the phase-out of coal, curtail deforestation, speed up the switch to electric vehicles, and encourage investment in renewables. COP26 has also called on countries to adapt to climate change by protecting vulnerable communities and natural habitats. In order to deliver on the first two goals, developed countries must make good on their promise to mobilize at least $100 billion in climate finance annually to support the needs of developing countries.

While there was a great deal of skepticism leading up to COP26, the conference brought several concrete actions against climate change. On November 13th, nearly 200 nations accepted the terms of a landmark climate deal called The Glasgow Climate Pact. Negotiations over the pact dragged on for more than 24 hours after the conference ended due to intense disagreements on issues such as fossil fuel subsidies, emission-reduction timelines, and climate finance for developing countries. Notably, Indian climate minister Bhupender Yadav made a last-minute change to water down the language in the final text on coal. Rather than committing to a “phase-out” of coal, the final document suggests a “phase-down.” Several nations expressed disappointment over this change, including Swiss environment minister Simonetta Sommaruga, who argued that this agreement would make it more difficult for countries to keep warming within 1.5 degrees. UN Secretary-General António Guterres also stated that this agreement was not radical enough to achieve the conference’s goals.

In other highlights from the conference, over 100 world leaders promised to end and reverse deforestation by 2030, including a pledge of nearly $19 billion in public and private funds. Additionally, 20 countries signed an agreement to end the financing of fossil fuel projects abroad. China also surprised the climate summit when it entered into an agreement with the US to boost its climate ambitions. However, it’s worth noting that China did not commit to the Global Methane Pledge — which obliges signatories to slash methane emissions by a third — nor to any other major international agreements.

Where COP26 missed the target

On the final day of the conference, hundreds of Indigenous peoples, representatives of farmers, and environmental NGOs walked out in protest. Indigenous activist Ta’Kaiya Blaney of the Tla A’min Nation called the conference “a performance”, before encouraging other activists to walk out. Although organizers promised that COP26 would be the most inclusive conference ever, Indigenous peoples and other marginalized groups felt that the conference perpetuated structures of power and exclusion along racial lines. Due to travel constraints caused by the pandemic, many civil society leaders, particularly from the Global South, could only participate virtually, which limited their involvement. The COP26 climate negotiations are also heavily concentrated on global wealth and power emanating from Western nations. Additionally, some of the activists and members of NGOs who had observer status at the conference could not gain access to negotiations, mainly because rooms with social distancing measures quickly reached capacity.

With more than a week left in the conference, climate activist Greta Thunberg declared COP26 a “failure.” Thunberg joined thousands of young people for a march through Glasgow organized by Fridays for Future Scotland. During an address to the crowd at George Square, Thunberg described the conference as a “two-week long celebration of business as usual and blah, blah, blah.” She highlighted that COP26’s failure lies in the fact that world leaders assume they can solve the climate crisis with the same methods that created the crisis to begin with. Ugandan activist Vanessa Nakate also explained that while Africa is only responsible for three per cent of global emissions, the continent is suffering from the worst effects of the climate crisis and is often ignored in climate negotiations.

Beyond COP26’s failure at inclusivity and limiting the voices of the fossil fuel industry, all of the agreements that came out of the conference are just that: agreements. There is no clear indication that these promises will result in concrete action, and history demonstrates that global leaders fail to meet the goals of climate agreements time and time again. Moreover, most of the commitments that came out of the conference are timid at best. The evidence is clear: climate change is the most pressing issue of our time, and it is not going away any time soon. World leaders may be willing to talk the talk, but whether they can actually walk the walk has yet to be seen.

Erika MacKenzie is a U3 Sociology major with a double minor in International Development and Communications studies. In her writing, Erika has covered a broad range of topics including arts and culture, North American politics, the environment, and social justice issues. Erika has also been published in the McGill Tribune, Global Green News, and HuffPost Canada.