“We continue to bleed red, blue, and orange:” The costs of the denial of the Armenian Genocide 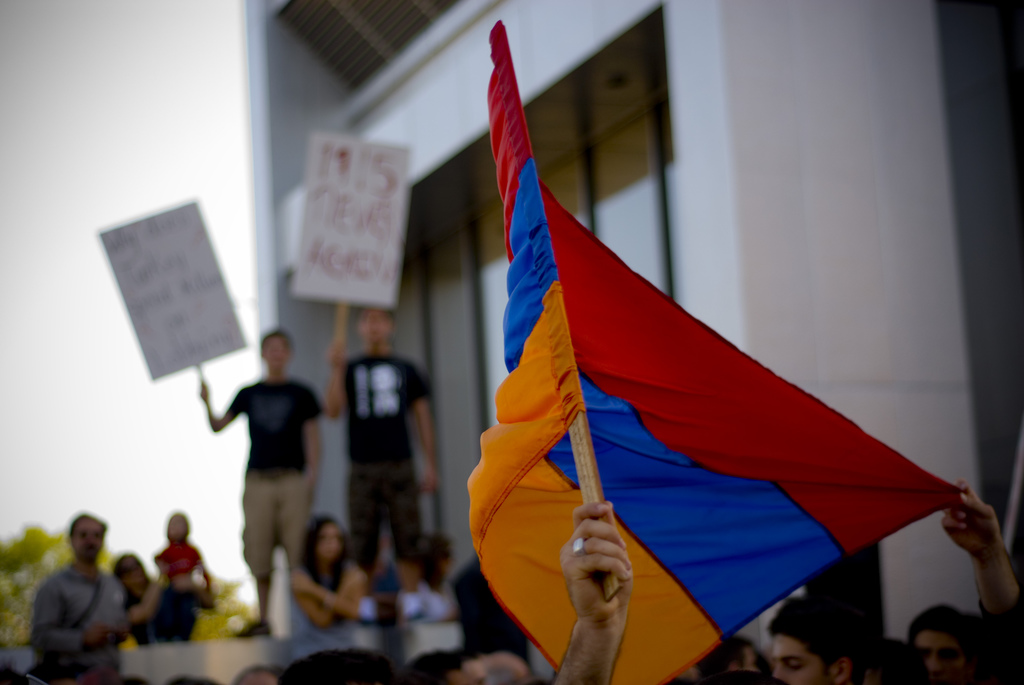 Though Polish Jewish lawyer and drafter of the 1948 United Nations Convention on the Prevention and Punishment of the Crime of Genocide (CPPCG) Raphael Lemkin officially coined the term “genocide” in 1944, there can be no doubt that the Young Turk government’s deliberate and centrally-planned extermination of 1.5 million Armenians in the Ottoman Empire between 1915 and 1917 should be labelled as such.[1] With the intention of purifying the region of Anatolia of its “cancerous” Christian population, the Young Turks undertook a series of “ethnoreligious homogenization” policies consisting of murder, mass rape, deportations, and forced death marches against hundreds of thousands of Armenians.[2] These atrocities fall under Article II of the CPPCG, which provides a definition for the crime of genocide: “acts committed with intent to destroy, in whole or in part, a national, ethnical, racial or religious group.”[3]

Yet, the classification of this crime as genocide has consistently been denied by the successive Turkish governments and a number of Turkish and non-Turkish scholars alike.[4] The reluctance of defining the extermination of Armenians as a genocide has also been widespread amongst the majority of the world’s states, with only twenty-two states officially acknowledging the Armenian Genocide.[5] The international community continues to suffer from what Lipmann calls “denial syndrome,” in which it is “reluctant to invoke the morally and politically significant term genocide” with regards to the Armenian massacres from 1915 to 1917.[6] This commonly-held denial of its reality as a genocide not only enables cross-generational trauma within the Armenian community, thereby preventing it from healing from its traumatic history, but its denial also allows for its repetition in addition to the continuation of other present-day and future genocidal episodes.[7] Before examining the consequences of denying the Armenian Genocide–which extend to the denial of all other genocides–it is important to consider the reasons for and the ways in which several scholars and the Turkish government have taken pains to utterly deny it themselves.

Hovannisian argues that “following the physical destruction of a people and their material culture, memory is all that is left and is targeted as the final victim.”[8] Thus, denial, by which the memory of a peoples’ physical annihilation is destroyed and forever forgotten, marks the final stage of genocide.[9] In the process of denial, eyewitness and survivor accounts are discredited, archives on the genocide are destroyed, and scholars supporting the actuality of the genocide are bribed and/or persecuted and executed.[10] Moreover, the perpetrators aim to reshape historical facts, exonerate themselves of all blame, and demonize victims, reversing the victim-perpetrator roles and claiming that they instead suffered at the hands of the other.[11] Such intentions for the denial of the Armenian Genocide transpire in the writings of Kamuran Gürün, Stanford Shaw, Justin McCarthy, and Heath Lowry amongst others, and in the actions of the Turkish government.[12] The denial tactics of the Turkish government over the years have included its scapegoating of Kurdish officials who were allegedly blamed for this atrocity following the First World War; its continued coercion of journalists and foreign scholars to write about “the other side of the story” since the 1960s; its disruption of genocide talks and conventions such as that of Tel Aviv in 1982; and most recently, its invitation to the anniversary of the Battle of Gallipoli to 102 countries, including Armenia, which conveniently coincides with the centenary of the commemoration of the Armenian Genocide on April 24, 2015.[13]

Whether tacitly or explicitly, the denial of genocide may encourage further instances of genocide by the same perpetrators and by other groups.[14] Denial absolves the wrongdoers from responsibility for genocide; they are undeterred from recommitting the same crime, either towards the same victim group or to others.[15] A more recent instance of the Turkish government’s complicity in an an alleged assault on Armenians, according to the Armenian National Committee–International, occurred in March 2014 when Turkey was claimed to have played an active role in aiding al Qaeda-affiliated terrorist groups in their three-day attack on Armenians in Kessab, Syria.[16] The same logic applies to other possible perpetrator groups, who, in turn, are also empowered to make similar genocidal attempts, as they are guaranteed impunity like their Turkish counterpart.[17] In fact, Alayarian contends that, had the international community officially recognized the Armenian Genocide, the first genocide of the twentieth-century, and punished its perpetrators, the Jewish Holocaust and subsequent genocides could have been averted.[18]

The denial of the Armenian Genocide also prevents Armenians across the globe from fully healing from the cross-generational trauma that they continue to suffer.[19] While the present diasporans of Armenian Genocide survivors did not experience the Genocide themselves, they undeniably identify with their Armenian ancestors who were victimized a hundred years ago and who have orally transmitted their trauma throughout the generations.[20] Staub argues that the members of victims of genocide remain in fear of a future genocide, unable to trust the majority of the international community that failed and continues to fail to protect them by virtue of their denial: “They mistrust people and see the world as a dangerous place. They feel disconnected from the people and a world that has harmed them and, at the very least, has not protected them.”[21] If the world were to recognize the suffering that the Armenians endured from 1915 to 1917, Staub holds that they could begin to recover from their trauma.[22] If the perpetrators were to acknowledge their own pain and guilt, they could, in turn, also heal themselves, “stop blaming the people they harmed, […] and begin [assuming] responsibility for having harmed them.”[23]

On the eve of the Jewish Holocaust, when an aide had noted to Hitler that the world would not allow the Nazis to conduct a genocide against the Jewish people, he replied, “Who, after all, remembers the annihilation of the Armenians?,” suggesting that he could expect to get away with his obliteration of the Jews without any intervention on his inhumane actions and with the guarantee of impunity, as had the Turkish government in 1915-1917.[24] In the wake of the commemoration of the centenary of the Armenian Genocide on April 24, Armenians around the world hope that the entirety of the international community will fully acknowledge the Armenian Genocide, and in the process, deter those who continue to partake in Hitler’s and other genocidists’ thoughts and repair the wound from which so many have bled red, blue, and orange.

[5] “The White House and State Department Have Once Again Shown Their Fear of Turkey,” https://armeniangenocideblog.wordpress.com/tag/list-of-countries-officially-recognizing-the-armenian-genocide/, accessed February 8.

[12] Hovannisian, Remembrance and Denial, 208; See Gurun’s “The Armenian File: The Myth of Innocence Exposed,” Shaw’s “History of the Ottoman Empire and Modern Turkey,” McCarthy’s “Death and Exile: The Ethnic Cleansing of the Ottoman Muslims, 1821-1922,” and Lowry’s “The Story Behind Ambassador Morgenthau’s Story,” for examples of Armenian Genocide denial scholarship.

[14] Smith, Markusen, and Lifton, “Professional Ethics And The Denial Of Armenian Genocide,” 14.