We Must Not Obscure the Message Behind Black Lives Matter

By Elizabeth Franceschini On Jul 6, 2020 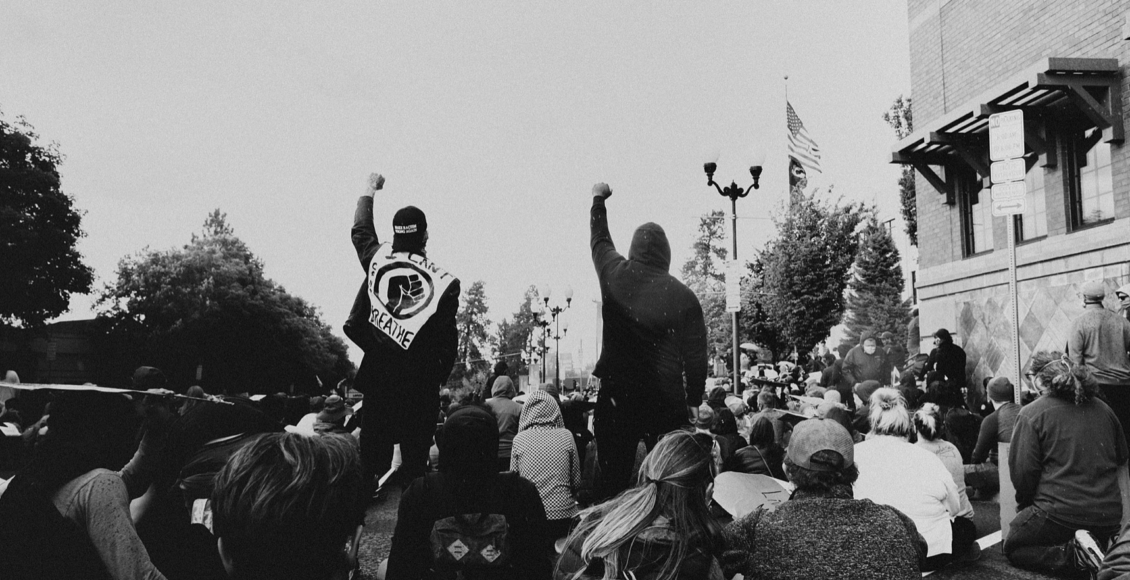 On June 8, George Floyd was laid to rest in Houston, Texas, as thousands of memorial attendees remembered the man who has now become a symbol of the fight against racism in the United States. The 46-year-old father, brother, and sports fan was killed by a white Minneapolis police officer who held his knee on Floyd’s neck for eight minutes and 46 seconds. Captured on a phone recording, the whole world watched as Floyd pleaded for his mother and repeated, “I can’t breathe.”

In what draws a striking parallel to the killing of Eric Garner by a New York City police officer in 2014, whose last words were also “I can’t breathe,” the death of George Floyd represents a long-standing problem many Black Americans face at the hands of law enforcement, and within American society as a whole. His death has given rise to yet another series of protests in the United States and across the globe, which not only demand better treatment of Black and Indigenous People of Colour (BIPOC) in America, but a complete reevaluation of the ways in which our current society (within and beyond the United States) perpetuates racist discourse, action, and policy.

The leading force behind the ongoing protests — the Black Lives Matter (BLM) movement — was founded in 2013 after the man who shot and killed 17-year-old Trayvon Martin was acquitted. As stated on the BLM website, they are an organization that “work[s] for a world where Black lives are no longer systematically targeted for demise.” To date, protests in the name of George Floyd have spread to over 60 countries.

Despite the effort by figures in the mainstream media to portray the movement as “chaotic,” the ongoing George Floyd protests have been mostly peaceful. However, as many have observed, some of the recent protests have devolved into what has been described as rioting and looting. To tame the protests, over 200 cities have set curfews and states have deployed over 32,000 National Guard members. Such incidents have prompted  attempts to delegitimize the BLM movement by painting it as non-peaceful. In fact, much of the damage caused by the protests has been committed by white supremacist and anarchist opportunists aiming to promote their personal and political goals, thereby hijacking the BLM movement’s original agenda. Lieutenant Governor of Minnesota Peggy Flanagan commented that the institutions under attack “are core to our identity”. Many protesters in Minneapolis have joined her in condemning this perceived selfish behaviour.

However, the rioting and looting cannot be attributed solely to those trying to smear BLM. The ongoing protests have taken on a new dimension, and it is important to note that many protestors have used rioting as a tool with which to further their goals. In a time of heightened political tension, Kareem Abdul-Jabbar writes in his piece for the Los Angeles Times that, “what [he] want[s] to see is not a rush to judgment, but a rush to justice.” Indeed, many of the arguments used throughout history to justify or understand political violence argue that it often stems from the continual suffering and disenfranchisement of the oppressed. In a society where a group’s concerns are left unaddressed and voices unheard, philosophers have pointed out that political violence is sometimes a necessary reaction against persistent injustice. This idea dates back to Louis XIV and Marie Antoinette’s death by guillotine during the French Revolution, which ultimately resulted from a collection of hardships brought upon the French people by their aristocratic government.

The political study of looting and property destruction during protests is limited. However, in a 1968 study, Dynes and Quarantelli wrote that property can be symbolic of oppressive power, making it a popular target during protests. Property damage can, therefore, be viewed as an act of taking down abusive systems. One notable example of this is the arson against the Minneapolis Police Department’s Third Precinct.

Other scholars argue that violence during protests allows protestors to gain a degree of power in a political climate where this is restricted or forbidden. Experts agree that the protestors’ grievances — the unjust loss of human lives — are far more important to preserve than property. The owner of Steve’s Music Store, whose rue Sainte-Catherine store was looted during a Montreal BLM march, echoed this when he stated, “I’m not saying ‘Hey, come over here and do this next week,’ but you know, let’s kind of put it into perspective. They’re guitars, not human lives.”

The intense response to Floyd’s murder has not come out of nowhere. The killings of Freddie Gray, Philando Castile, Alton Sterling, Tamir Rice, Eric Harris, Oscar Grant, Breonna Taylor, and so many more, speak to the injustices faced by Black Americans at the hands of the police. However, it is not only the deaths of Black Americans that BLM struggles to fight against, but continued forms of systemic racism that maintain disadvantages for BIPOC. While many will try to discredit the hardships of the BIPOC experience by stating that “slavery was abolished in 1865” or that “segregation ended decades ago,” the effects of the institutions of colonialism, slavery, and segregation in America are ongoing and generational.

While some argue that socially acceptable forms of racism have diminished, there is the persistence of cultural elements, policy choices, and institutions, which contribute to the inequality of BIPOC. Aside from police brutality, some examples are the continued effects of the failure of the Roosevelt administration to adequately include Black veterans in the GI bill, redlining, the over-policing of Black communities, and disproportionately high Black mass incarceration rates when compared to white Americans.

While there is so much more to be said on the policy choices and institutional legacies that have contributed to systemic racism in America today, politicians’ dog-whistling, the demonization of BLM, and the attacks on free speech by the Trump administration in light of these protests demonstrate that there needs to be more understanding as to why the protests have devolved into such incidents of violence. In the current American political landscape, it has become evident that BIPOC feel especially disenfranchised. This sentiment is only further confirmed by the outrage reflected through the BLM demonstrations.

The current wave of protests have shown us that the Trump administration has failed (yet again) to bring America together, which has only added more fuel to the literal fire. If poorly addressed, the lack of political guidance from our leaders will only continue to keep Americans divided and further embed systems of injustice. While some will likely continue to frame the protests in a way that takes away from BLM’s message, it is important to remember that true change to the status quo is rarely comfortable.

A previous version of this article mistakenly indicated that the man responsible for the death of Trayvon Martin was a police officer. This article has since been updated to correct this error.