‘We Never Forget Our Citizens’: Are Western Solutions to Home-Grown Islamic Extremists Just? 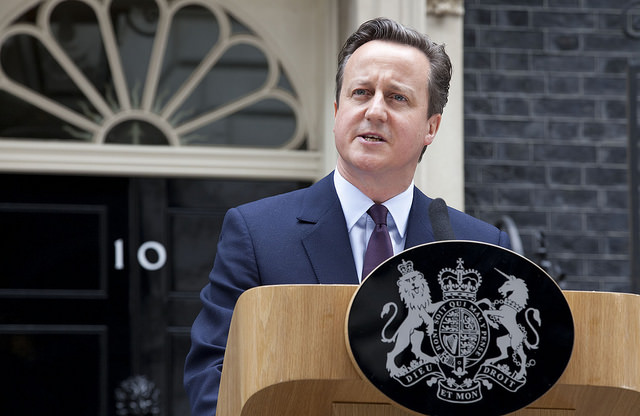 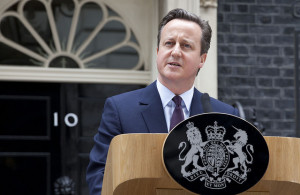 “It will demonstrate to those who would do Britain, our people and our allies harm, that we have a long reach, we have an unwavering determination, and we never forget our citizens.”[1]

David Cameron released this statement shortly after the news that Mohammed Emwazi was killed in an American drone strike in Raqqa, Syria on the morning of Friday, November 13. It is something that can only be read with a bitter irony when Cameron utters those final words.

The citizens he is referring to are the victims of Emwazi, uncomfortably nicknamed “Jihadi John” by the press, who was a British national and the appointed executioner for ISIS. He beheaded journalists and aid-workers from the US, UK, and Japan in horrifically graphic and nauseating videos that were spread across the internet.

However, the irony in my eyes stems from the two ways you can take Cameron’s statement. On the one hand, he is referring to the men who died trying to aid those affected by the conflict. On the other, one might see a glint of blood-lust in his eye as he refers to those British citizens who have left to join ISIS.

Now, for some of the American audience reading this, the concept of treason and the state exacting the death penalty on it’s citizens may not seem to be as outlandish as it does to European nations. However, for myself, I find a great difficulty in registering and addressing the power that David Cameron has given himself in the systematic elimination of British nationals overseas. It is primarily this idea that I wish to focus on in this article.

I find a great difficulty in registering and addressing the power that David Cameron has given himself in the systematic elimination of British nationals overseas.

Before I continue, I don’t want to be misunderstood on my stance. I am not regretful that Emwazi has been taken out of action. Crimes such as his should not go unanswered. However, I am unsure of the course of action taken by the UK government, the reception of the action as well as the apparent disregard for the stream of British nationals who leave to join ISIS.

Why does Cameron cheer about this murder of a British national? Clearly, he wishes to monopolize on the PR that he will gain from this move. He wishes to strike fear into the heart of ISIS, something that one drone strike will most definitely not achieve.

So, how can a head of state applaud his decision to kill one of their own citizens? There is an unspeakable tragedy in this action and this is true of any time British nationals are killed in this conflict. We should reflect as a nation as to why we now have a “kill list’ of British nationals in the Middle East. We should reflect as to why our own citizens leave the UK to join a group of hateful and murderous men and women, who destroy communities and take lives in order to further their own backwards mandate. We should reflect on why three sixteen-year-old girls left school one day to get on a plane to go marry ISIS militants in Raqqa.

There is a gap in the methodology of the British government when it comes to the radicalization of men and women in the UK. On a basic level, there is something that is being ignored in these people that is being manipulated and warped into resolving them in the decision that ISIS is the only alternative. Rather than celebrating the murder of one man, why not divert resources into supporting these young men and women, and creating a stronger education system that will discourage this behaviour. Why not invest in a strong community that they feel safe in and stronger lifelines that they can hold on to in times of fear and uncertainty that radical thoughts feed and live on like ideological parasites?

Aside from the emotional aspect of the issue, I am also unnerved by the politics and the legality of it. This assassination comes after the death of three other British nationals who joined ISIS in the Syria region. What we see is a systematic attack on UK citizens that arises from a change in legislature in the UK. Ministerial orders have been rewritten so that British ministers no longer need to follow international law when it comes to decision making.[2]

“What we see is a systematic attack on UK citizens that arises from a change in legislature in the UK.”

Even more harrowing is former Attorney General Dominic Greive’s comment on the attack: “The fact the target was British makes no difference.” Now we see that killing our own nationals is no longer an issue for the Conservative Government.

In response to these allegations, Kat Craig, the legal representative for Reprieve, a human rights group, stated, “The prime minister has given himself sweeping powers to kill anyone, anywhere in the world, in secret and without due process. This is a huge shift in British policy and the public deserves to know how far these powers go and what, if any, safeguards are in place.”[3]

Professor of International Law Phillipe Sands QC said, “The double whammy of killing our nationals and changing the ministerial code of conduct raises the most serious questions about the advice the attorney general may be giving.”[4]

Sands and Craig have every right to be worried and this is an issue that needs to be approached fast in British politics.

Finally, I want to reaffirm that in no way do I think that people who commit heinous crimes should be given a free pass. However, the rhetoric of the West is one of revenge and it gives no solace to those affected. Diane Foley, mother of James Foley who was beheaded by Emwazi said that we are “celebrating the killing of a young, deranged man.” She ended her interview, holding back tears, saying that she felt “no sense of justice.”[5] A tweet from the family of Steven Sotloff said, “This development doesn’t change anything for us. […] Our son is never coming back.”[6]

It is hard not to be moved by the desperate cries of those affected. They preach a rhetoric of justice that is not found in the death of Mohammed Emwazi. Cage, an advocacy group seeking to empower those affected by the War on Terror, released a statement, saying, “Emwazi’s execution of defenceless hostages was inexcusable; but all avenues that led him to that point need to be investigated.”

Mohammed Emwazi was reported to be shy when he spoke to girls, that he enjoyed playing football on the weekend. He graduated from University of Westminster with a degree in business. Like most of those who left to join ISIS, he lived a normal life and showed little tendency to promote extremist views. So, where did it go wrong? Rather than congratulating government on successful assassinations, we should reassess our own systems and take a hard look at how we can prevent these operations from becoming a necessity.

I would like to conclude by highlighting the victims of Emwazi’s actions. James Foley, Steven Sotloff, David Haines, Alan Henning, Abdul-Rahman (Peter) Kassig, Haruna Yukawa, and Kenji Goto were victims of a horrifying regime of hate and cruelty. They were seeking a solution to the Syrian crisis and putting their own lives at risk, but sadly ended up paying the ultimate sacrifice. Let’s not support a language of vengeance, of violence, and of murder that is spoken by government officials. Let’s create a discourse of understanding, of reassessment and ultimately of justice so that we may never sanction the murder of our own nationals across seas.

I bring us back to Cameron’s statement that “we never forget our citizens.” Let us make sure that this is true both in how we act at home as well as overseas.