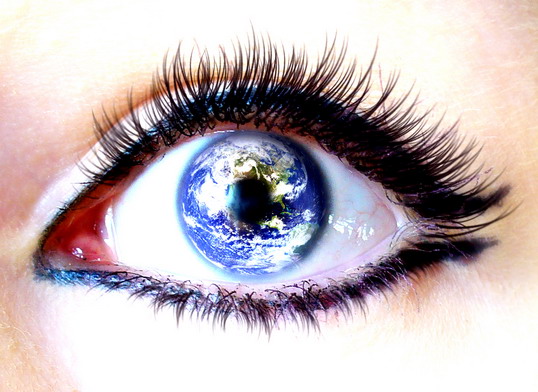 This week, MIR online traveled from Algeria, to Russia, to Venezuela, and various places in between. We covered topics ranging from Boko Haram’s allegiance to ISIS to the rise of political satire in the United States, passing by Netanyahu’s recent win in Israel. The writers peel back the layers of each story, providing readers with an in-depth view of the issues involved and the implications of each topic.

Following a highly heated and contentious debate, on March 5th 2015, the National People’s Assembly of Algeria passed legislation for the Family Code ensuring protection of women against all forms of violence. Editor Sara Issaoun explores how although this may appear to be a step in the right direction, the law possesses a loophole that makes all constructive progress null. The legislation includes a clause introducing ‘pardoning’ by the victim, in effect leaving the perpetrator void of all legal pursuits. This may further the social stigma around violence against women by pressuring the victim into a ‘forgive and forget’ loophole of this law.

Recently, the Mexican government paraded two captured drug kingpins, showing its people and the world its strength in fighting cartels for its Guerra Al Narco. However, while the government celebrates this success, there are new possibilities of civilian vigilantes being implicated in drug trafficking. Editor Aliaume Leroy presents the detrimental consequences of this, exploring the possibility of a power struggle between cartels, vigilante groups, and state security forces, leading Mexico into further instability.

A supposed allegiance between the Nigerian anti-government group, Boko Haram, and ISIS, has grabbed international attention and struck fear across the world. In Hungry for Power: Boko Haram’s Strategic Alliance with ISIS, writer Alix Vadot answers the important question: Should this be a believable threat? The article explores the strategic benefits of this allegiance to Boko Haram, such as greater media attention, possibility of international power, increased organization and monetary funding.

The International Relations Students’ Association of McGill (IRSAM) sent a delegation to the 59th Commission on the Status of Women at the UN headquarters in New York City. MIR writer Margot Charles was part of this delegation and recalls some of the enlightening discussions on women’s rights and the various representatives they were able to meet. Charles provides details about dialogue on more controversial subjects such as the status of women in Saudi Arabia, Israel, and Iran in part 2 of the accounts.

The critically acclaimed Netflix series ‘House of Cards’ is an American political drama set in Washington D.C. surrounding a Democrat from South Carolina working to get into a position of greater power. The immensely popular show often has a storyline with striking similarities to current US or international politics. The third season saw the introduction of a new character, Russian President Viktor Petrov. In Kremlin of Cards, writer Ronny Al-Nosir analyzes the parallels between the character on reel and the real-life Vladimir Putin.

In ISIS Superstar: The New Media Jihad, writer May White-Vilmouth discusses the groups ‘artful and supremely efficient use of media’ for propaganda and, more recently, for Western recruitment. The group has been using video releases, Facebook and Twitter, a new Twitter app, and trending hashtags to spread their ideology.

Venezuelan-American relations have reached an unprecedented low, as President Obama declared Venezuela a ‘national threat’ and imposed sanctions on seven high-ranking officials on the basis of human rights violations. The media has pointed to the inaction of the US against nations such as Saudi Arabia, also committing human rights violations. Meanwhile, the Venezuelan government is using the sanctions to promote the narrative of the fight against imperialism. Writer Anne-Cecile Favory explores the possible reasons for the imposed sanctions, and whether the move by the United States may in fact backfire and help the Venezuelan leader gather further power.

Jon Stewart’s recent announcement of his forthcoming departure from The Daily Show has led to an assessment of the far-reaching impact his show has had on the American media landscape. Political satire has become increasingly popular, and often stands shoulder to shoulder with traditional news sources. Nicholas LePage discusses the lack of trust in traditional media, the consequent rise of satirical news shows, and what this tells us about the American public.

Last week, Israel voted during its general elections. The outcome was surprising: Prime Minister Benjamin Netanyahu keeps his position, beyond expectations. A true political giant, he even seems to come out even stronger from the battle. Juliana Salaun analyzes the re-election of Netanyahu and some of his most remarkable statements that enabled him to scoop up votes. It somehow seems as though Israel is yelling out “Bibi or nothing!” (ou en français, “Bibi sinon rien!“).

This concludes our week of March 16-22 and our official monthly publications for the academic year 2014-2015. On behalf of all the writers and editors from the C block – Aliaume, Alix, Anne, Juliana, Margot, May, Nicholas, Ronny, Sara and Sarah – I would like to thank you, the readers, for enabling us to share our stories: investigations on drug trafficking, SwissLeaks, Canadian legislation, separatism and American foreign policy; opinion pieces on ISIS, Putin, House of Cards, the Daily Show, video games and the journalist dilemma; rants on FOX news, racism in Dutch holidays and UN diplomacy; and all sorts of other topics. I’m sure I speak for all of us when I say that MIR has been an incredible journey towards better writing and a way to open our eyes to the injustices, similarities and contrasts of the world and modern media. We should never cease to be critical of our leaders and neither will we. Stay tuned for more great articles from the D block for MIR’s last official publishing week and we will see you next year!