Weinstein’s Convictions: What It Means For Assault Victims 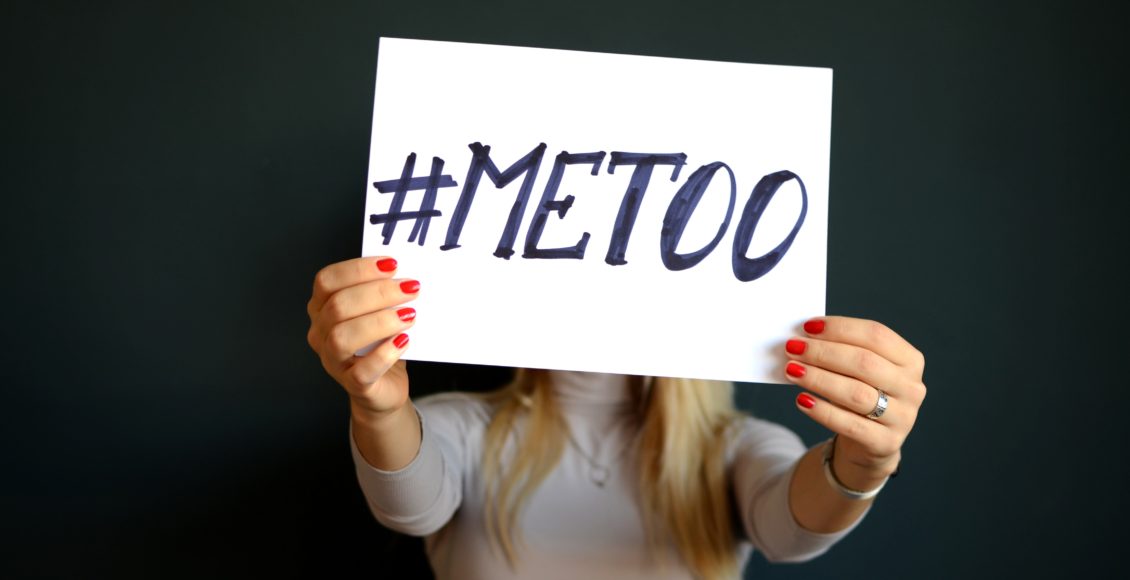 Last week, the #MeToo movement saw its greatest victory to date: Harvey Weinstein, the man who caused the movement to go viral in 2017, was put in handcuffs and finally convicted of his charges. The day brought relief not only to the victims of the Hollywood giant’s abuse, but also the countless women around the world who experienced sexual abuse or harassment. His arrest brings hope to those who feel powerless against abusers; money, fame, and power no longer offer complete protection from the law, justice, and public scrutiny.

In 2017, the New York Times published a story detailing accusations of sexual harassment against Weinstein. The first two victims to come forward, Rose McGowan and Ashley Judd, both provided personal accounts that exposed the ex-Hollywood producer of not just violent, abusive, and predatory behaviour, but also how he was able to use an elaborate network of lawyers, private detectives, paid advisers, and enablers to make sure that he could do as he pleases while his victims stayed silent. Following this reveal, other victims found the strength to speak out against the media giant ⁠— propelling the #MeToo movement. The timeline of the accusations spanned multiple decades, showing just how long Weinstein’s history of predatory behaviour dates back. From employees behind the scenes to A-list celebrities like Angelina Jolie and Cara Delevingne, women he hurt made their stories known, something Weinstein fought hard to suppress. The campaign was transformed from a collective fight against a Hollywood giant to a movement for believing victims’ stories, protecting women, and finding a voice against an abuser or attacker.

Weinstein’s name and company took hit after hit as these accusations came out: actors cancelled their projects with him and his company, his wife left him, and film organizations like The Academy and The Producers Guild of America moved to expel or ban him. Despite this, Weinstein continued to fight for his life. While he resigned from the board of his company shortly after the allegations came out, he still kept ownership of 22% of its stocks. He even took legal action against The Weinstein Company after he claimed that they denied his lawyer’s request for documentation that would help his defence. In the summer of 2018, he pleaded not guilty to the cases against him, with his lawyers claiming that he is not a predator and that he will be exonerated. Once again, Weinstein attempted to use his control over the media, his network of lawyers, and his money to tip the scales in his favour. He sought to dismiss the criminal case by citing friendly and flirtatious emails he received from his accusers. In August 2019,  he pleaded not guilty again to two additional charges. Later, in December 2019 he attempted to gaslight the media when he agreed to be interviewed by the New York Post. During this interview, he claimed that he respected women because he supervised “more movies directed by women and about women than any film-maker.” The fruits of his efforts, however, were soon revealed as his trials began on January 6th, 2020 in New York.

A jury of seven men and five women took five days to deliberate on the case. In the end, they found Weinstein guilty of two charges: a criminal sex act in the first degree for forcibly performing oral sex on Miriam Haley in 2006 and rape in the third degree in 2013 in Jessica Mann’s case. The first count carries a minimum prison sentence of five years and a maximum of 25, while the second count carries a maximum sentence of four years with no minimum and requires Weinstein to register as a sex offender.  He has also yet to receive a verdict for charges in the LA County on rape cases from 2013.

The Importance of This Conviction

While Weinstein’s victims have finally gained the closure they have been waiting for, his conviction means so much more for the law, future sexual assault cases, and the #MeToo movement. The decisions the jury made are monumental in taking steps towards protecting and believing victims of assault. Coming forward with allegations is a difficult task; one shouldn’t be met with scrutiny and disbelief when it comes to prosecuting an abuser.

Earlier this week, the New York Times published an insider’s look into the decision-making process of the jurors. The first significant decision they made was not to focus on the fact that the main accusers, Haley and Mann, maintained relationships with Weinstein after the assault. Especially in cases where there are power dynamics at play (the workplace, school, etc.), completely cutting off an abuser is a particularly precarious act. On top of feeling extremely violated, victims have to decide whether or not they will give up a career they have worked hard for. This dilemma is a painful place to be in: does one continue to chase their dreams but repress a painful memory, or is it better to leave everything behind and bring the abuser to justice? In a lot of sexual assault cases, this power dynamic forces victims into silence and compliance, coercing them to continue their relationship with the abuser. This case can even be made for abusive romantic relationships — it is difficult to sever ties with someone who knows how to manipulate your emotions and gaslight you. Plainly speaking, just because someone stays with their abusive partner even after a case of assault does not mean that there wasn’t abuse; it simply means there is psychological control exacerbated by power dynamics. The jurors recognized this truth, leaving a huge impact on their decision-making process. They focused on whether or not Weinstein broke the law at the time of each assault; his relationship with the accusers didn’t matter, especially in the case of Mann. She confessed that she and Weinstein had a romantic relationship that persisted past her assault, and she even described him as her “pseudo-father.” While the jurors were confused because she stayed with Weinstein after he raped her in 2013, they decided to focus on whether or not he committed the crime at the time. They agreed that while it is difficult to prove that there was force involved, it was without a doubt that Weinstein used “forcible compulsion” to have nonconsensual sex with Mann. In explaining their decision, the jurors cited that it is possible for a husband to rape his wife, and their marriage doesn’t acquit him from the crime.

Secondly, the jurors focused on evidence-based deliberations to convict a sex offender. Usually, sexual assault cases are troublesome to decide because of the he-said-she-said nature of testimonies. Weinstein was convicted of first-degree criminal sexual assault in Haley’s case because she was able to provide specific details about the room where the assault occurred. For example, she accurately recalled that there were children’s drawings in the room where Weinstein forcibly performed oral sex on her while she protested. The floor plan of the apartment matched her testimony, which led the jurors to conclude that her account of that night was true. Highlighting concrete evidence and detailed accounts are important in deliberating sexual assault cases — one shouldn’t focus on the victim’s personality, way of dressing, or relationships with others; these are trivial details to the fact that a crime was committed. While it’s more difficult to produce witnesses (as cases of assault usually just involve the two parties), there are still ways to present evidence in sexual assault and harassment cases. Haley’s testimony is one example of how factual proof can be presented.

Lastly, the case is a huge win for victims of sexual assault. In the past, those who have been assaulted and harassed felt powerless against their abuser, especially with individuals as influential as Weinstein. However, we saw that through collective action, it’s possible to bring down a giant. While it feels as if it’s next-to-impossible to take on someone with as much money, fame, and power as one of Hollywood’s biggest producers, with the help of other brave victims and a support network of people who sympathize with your cause, it’s possible to obtain justice. This is not to say, however, that Weinstein’s conviction will make it easier to prosecute power-tripping sex offenders; the task of overcoming their bribery, media control, and blackmailing abilities is a long, painful process. Nonetheless, this decision shows us that it is possible to win a case against an influential offender, and it gives us the hope to pursue legal action against them to finally obtain justice and peace.

Weinstein is now a registered sex offender, and he will be spending years in jail to pay for his crimes. The walls obscuring the truth of his actions that he fought so hard to keep up have finally come crashing down. This win is something to be shared between all victims of sexual assault and harassment; justice comes even to those who paid to keep it away.

Featured image by surdumihail on Pixabay, licensed under CC0 1.0