What President Trump’s Veto on Yemen Means for the Saudi-U.S. Alliance 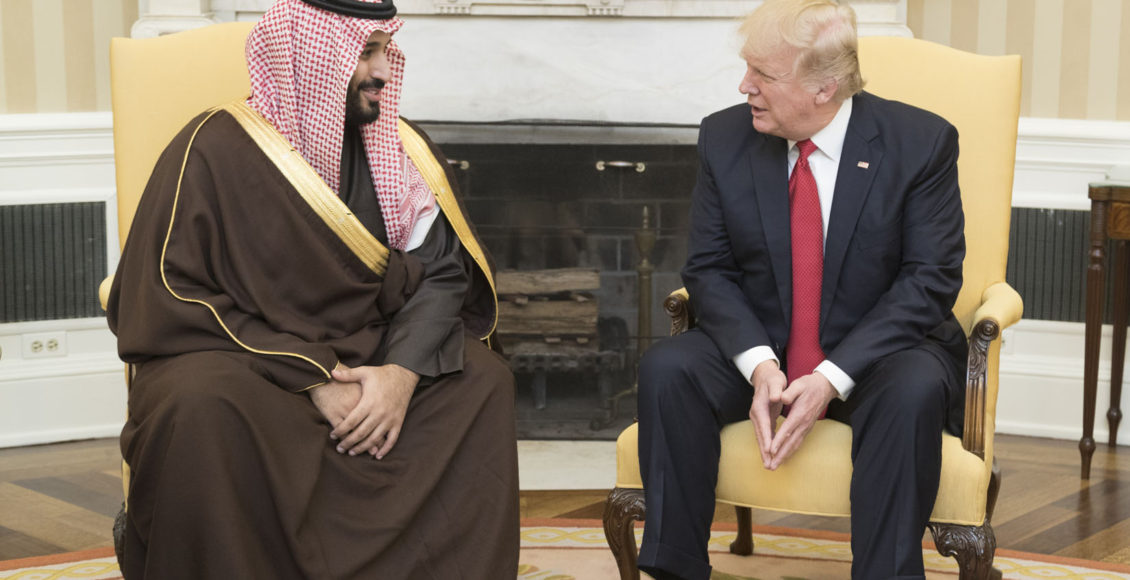 U.S. President Donald Trump vetoed a resolution Tuesday that would have ended American support for Saudi Arabia’s role in the ongoing civil war in Yemen.  The decision marks the Trump administration’s continued defiance of an increasingly vocal group of bipartisan lawmakers who have raised attention to the U.S.’s complicity in Yemen’s war and its ensuing humanitarian crisis over the past few months.  The veto, which is Trump’s second so far in office, posits him against fellow Republican his in the Senate, where both Republicans and Democrats have found common ground.

On March 13th, the United States Senate passed Senate Resolution 7 (SR7) to officially end American support for Saudi Arabian military operations in the Yemeni Civil War. The resolution, passed by a 54-46 margin in the Republican-controlled Senate and authored in part by Republican Senator Mike Lee, was then confirmed by the House of Representatives on April 4th.  The White House, however, indicated its reluctance to change direction on Yemen, declaring on March 14th that: “the joint resolution would harm bilateral relationships in the region, negatively affect our ability to prevent the spread of violent extremist organizations […] and establish bad precedent for future legislation.”  The statement not only guarantees a continuation of the Trump administration’s friendly ties to Saudi Arabia and its Crown Prince, Mohammed Bin Salman, but it also marks the latest instance of presidential indifference towards the 1973 War Powers Resolution, which requires Congressional consent to enter the U.S. into war. President Trump’s veto has huge implications for the Yemeni conflict, which has caused over 7,000 civilian deaths and more than 11,000 civilian injuries since its inception.

Foreign policy doves in Congress achieve a minor victory here. Nearly all Democrats and a growing number of Republicans now oppose hawkish action in Yemen.  While the bipartisan majority in favor of SR7 is slim, it is significant for a Congress that consistently struggles to overcome gridlock and saw dismal public approval ratings from Gallup earlier this March (26% approval to 70% disapproval).  Additionally, this marks the second time in the past four months that Trump’s own party defied his support of the Saudi regime; after Saudi Arabia’s assassination of Washington Post journalist Jamal Khashoggi in Istanbul was confirmed by the CIA in December, Senate Republican Lindsey Graham asserted that Trump would be “willfully blind” to not condemn Saudi Arabia for its actions.

Since April 2015, the U.S. has provided intelligence and military assistance to a Saudi-led coalition in Yemen that seeks to legitimize Abd Rabbuh Mansour Hadi, the President of Yemen, and defeat Houthi rebels.  The Houthi movement consists mainly of Shia revolutionaries, which has made Iran – and Qatar, among other nations – a target of Saudi Arabia’s accusations of support, even though Houthi Shias follow Zaidi Shia Islam, while Iranians follow Twelver Shia Islam.  Now entering its fifth year, the conflict has caused a humanitarian crisis reported by the United Nations to be the worst in the world. In a country with 28 million people, close to 24 million citizens require active aid, while two million children under the age of five suffer from acute malnutrition.

Saudi bombings thus far have only added to the crisis and have not generated significant headway for the pro-Hadi side and its goals. One particular bombing in November 2018, which killed 40 schoolchildren on a bus and failed to hit a single Houthi target, sparked international outcry while U.S. Secretary of State Mike Pompeo simply called for further compromise. Moreover, the U.S. government has sent mixed messages on its involvement in Yemen. While the State Department has claimed to hold records of every airstrike since the war began in 2015, the military has denied knowing whether Saudi Arabia uses American weaponry in its deadliest assaults on civilians.  Publicly known is that Saudi fighter jets, which have performed over 18,000 airstrikes in Yemen, use American fuel to carry out their mission. Additionally, the New York Times reported in May 2018 that American Green Beret soldiers are currently on the ground in Yemen, a fact which solidifies the Senate’s argument that American involvement in Yemen violates the War Powers Resolution. Trump’s son-in-law Jared Kushner also continues to face scrutiny for texting Mohammad Bin Salman through private channels such as Whatsapp, which has caused outrage among Trump’s national security team.

Yet, the White House’s dismissive response to SR7 all but confirms a continuation of the status quo.  The Trump administration has not budged from its alliance with the Gulf hegemon, even amidst rising international pressure on both states following Jamal Khashoggi’s murder on October 2nd, 2018, which undoubtedly marked the most high-profile Saudi crisis of the Trump era.  Time Magazine named Khashoggi (and other quieted journalists) the person of the year in a mark of defiance against Saudi leadership. The murder also elicited mass sponsorship withdrawals from Saudi Arabia from scores of renowned companies, including the New York Times, CNN, CNBC, Financial Times, Bloomberg, Virgin, and more. Nevertheless, Trump persisted, telling reporters on October 11th: “I don’t like the concept of stopping an investment of $110 billion into the United States”, referring to a supposed record arms deal that has since been debunked as “fake news” by the Brookings Institution. Trump doubled down on his position after the CIA made a definitive conclusion on Saudi Arabia’s guilt, claiming instead that Mohammad bin Salman “denies it vehemently […and] you can conclude that maybe he did or maybe he didn’t.”  The Khashoggi episode exemplifies exactly why Trump will not weaken his relationship with the Saudis for their role in Yemen, even in the face of damning evidence by the CIA.

Trump has also invested heavily in Saudi Arabia as a hegemon and a military deterrent to Iran. American arms sales to the Arab monarchy have risen by 33% since October 2016 (a month before Trump was elected); in 2017, arms sales topped $20 billion; and as of October 2018, authorized arms sales had risen by 13 per cent.  While the $110 billion figure touted by Trump has not been confirmed, U.S. weapon sales to Saudi Arabia constitute 61% of global arms trade to the Saudi monarchy. In May 2018, The President also concluded the Obama Administration’s Joint Comprehensive Plan of Action, also known as “the Iran deal,” effectively ending U.S. aid to Iran and reinstating sanctions to condemn the Iranian ballistic missile program.  This weakened Iran’s economy and represented a symbolic win for the Saudis, the largest regional rival to Iranian influence. As such a significant contributor to Saudi Arabian military prowess, President Trump is unlikely to admit fault when it comes to Yemen.

Moreover, the power of Congress to use the War Powers Resolution has never truly hindered presidential military action.  Congress originally passed the legislation to prevent the Executive from involving the U.S. in conflicts like the Vietnam War without explicit Congressional consent. Yet, even if SR7 was able to overcome a presidential veto, the constitutional and legal meaning of such a vote would be hotly contested. President Trump and his Republican allies might argue, as the Obama Administration did in 2014, that the presidency doesn’t require Congressional approval at all to carry out military operations, despite the fact that the War Powers Resolution obligates the White House to secure Congressional approval within sixty days for all active deployment missions.The House of Representatives passed a similar resolution in 2014 to prevent President Obama from sending 275 military advisers to Baghdad, Iraq without asking Congress, and they were simply ignored. It would thus be difficult to argue that the War Powers Resolution now has the legal standing that it formerly did not during the Obama era.

If an international coalition is to end the Yemeni Civil War, it will not be led by the United States, who has followed Saudi Arabia’s lead every step of the way since Mohammed Bin Salman first initiated bombings in 2015. While bipartisan consensus against Saudi Arabia’s actions has been achieved, the Trump Administration will continue their alliance with the Saudi regime for the foreseeable future.