What does the Future Hold for Turkish Civil Society? 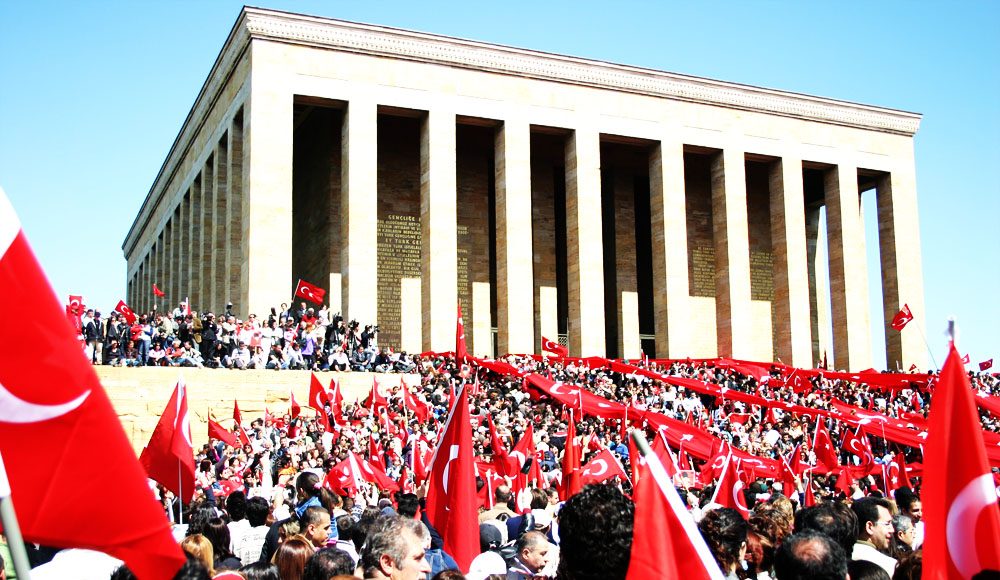 A "Protect Your Republic" protest takes place outside of Ataturk's mausoleum in 2007. https://flic.kr/p/GyGch
Share

While the Justice and Development Party (AKP)’s rise to power once made Turkey seem like the rising star of the Middle East, opinions about the country’s situation have evolved. In her recently-published book How to Lose a Country, Ece Temelkuran describes the seven conditions which show the slow decline of her country into dictatorship. Temelkuran notes that while the preconditions for authoritarianism were set long ago, the past few years have eroded democratic institutions. Since the 2016 failed coup attempt to overthrow Erdogan, the president has reinforced his seat in power by implementing new policies that tend toward authoritarianism while turning away from human rights and individual freedoms. Erdogan promotes a very patriarchal and religious frame of women’s role in society, reinstates discrimination against the Kurdish population, and weakens freedom of the press and expression by imprisoning journalists who dare to oppose his policies. While the situation was already critical pre-2016, the relationship between the state and outspoken citizens has worsened since.

Challenges to Freedom of the Press

The lack of freedom and voice for journalists has become an urgent issue. Since the failed coup on July 15, 2016, the government has taken an estimated 120-150 journalists to court, arguing that they were supporting terrorist groups, including the PKK and the Gülenist Movement. The Turkish government dubbed the latter “FETO”, an acronym standing for “Gülenist Terror Organization”, and blames the Gülenists for the 2016 coup. While no proof has been found as to who was behind the attempted putsch, Erdogan reduces opposition to his party by linking journalists and intellectuals with such organizations. Murat Sabuncu, the editor-in-chief of the daily Kemalist and more progressive newspaper Cumhuriyet, was put on trial in May 2017 on allegations that the newspaper was supporting terrorist groups and ideals. Having stayed in prison with no information about his imprisonment for more than five months, he claimed “our pens have been taken from our hands” before he was finally released from prison after one year behind bars. Sabuncu is not the only one imprisoned from Cumhuriyet, and the government has decided to further pressure its writers and editors.

Writing in Turkey has become a difficult task. Most of the sincere journalists have been arrested and put on trial while the newspapers left are attached to the state and glorify the AKP.  Erdogan claims that “most of those you say are in prison aren’t journalists. Most of them are terrorists”. Anyone writing in opposition to the AKP seems to be falsely linked by the government to terrorism in one way or another. At this pace, any free media will disappear within the next few years, if it has not already.

Among the other cases, Oguz Guven, an editor at the same journal, was convicted of spreading propaganda for the PKK and the Gülenists, and was imprisoned for three years. But how can a journalist be siding with both these organizations that don’t hold much in common, apart from the fact that they are both enemies of the AKP? The accusations appear illogical and unfounded. Can Dundar, the ex-editor in chief of the Cumhuriyet, nicknamed “the journalist who has no fear of Erdogan”, had brought proof of Ankara’s provision of arms to Syrian jihadists in May 2014. Just after that, Erdogan ordered his imprisonment under the auspices of terrorist ties. Questioning policies of the AKP government and its president in the public sphere is almost impossible. Dundar finally escaped the country and found refuge in Europe, where he can write freely to the international community about the domestic conditions of Turkey.

Leaving the country: the only viable solution?

Dundar is not the only one to leave the country due to the situation. Living with fear that government forces will enter your house one morning and take you to prison for an undetermined time is an everyday reality for many journalists and intellectuals who voice their concerns. Bulent Somay, a professor at Istanbul’s Bilgi University who decided to leave the country, affirms that “[citizens] now have to choose a side. If it’s not the right side, your business won’t grow or you can’t express your feelings – otherwise you’ll have trouble. You need to be Muslim, Sunni and pro-government.” Turkish society is starting to split between those who support the government and the more liberal, modern, secular, and non-muslim parts of the society.

While public support for the AKP during the coup clearly indicated broad loyalty for the party, the more recent domestic events seem to have created a gap in Turkish society. On one hand, there are those who cherish the system; mostly conservative  Muslims, who can finally see their religion and identity within the government. On the other hand, there are the secular, Alevis, Jewish, and Christians who have lost their previously safeguarded identity within the current political system that is moving away from the secular and modern politics of Ataturk. The ongoing repression of journalism is not the only sign that concerns domestic and international society. Additionally, the AKP promotes some very conservative ideals about women, as Erdogan’s speech during the 2014 Conference on Human Rights and Freedoms demonstrates. He declared: “you cannot bring women and men into equal positions, that is against nature, because their nature is different.”

The difficult position of the international community

Erdogan has been imprisoning the opposition and reducing the freedom of citizens and the press. He hides this behind the motive of prosecuting “terrorism”, but the behaviour of the elected president leads to  growing concern among the international community. But what can Western countries do to improve the situation and promote better respect of human rights? With most Western countries are allied with Turkey on economic terms, it might be a difficult task to oppose his domestic policies. UN and OSCE experts announced in February 2018 that “life sentences for journalists are unprecedented assault on free speech.” Which further actions can the West—and the world—take towards Turkey and Erdogan, as the regime transforms into a dictatorship that is less responsive to external influence and action? Interfering in domestic politics could also fall into the narrative of Western imperialism. Today, the international community seems to find itself stuck as spectators on the sidelines watching the disintegration of freedom of the press and expression against the Turkish president.

Apolline is a U3 student currently pursuing a degree in Political Science Major and International Development Minor. She specializes in developing areas such as Middle East and Africa, and Canadian politics. At the MIR, she writes both in English and French!