What Is Behind the Iranian-Venezuelan 20-Year Cooperation Agreement? 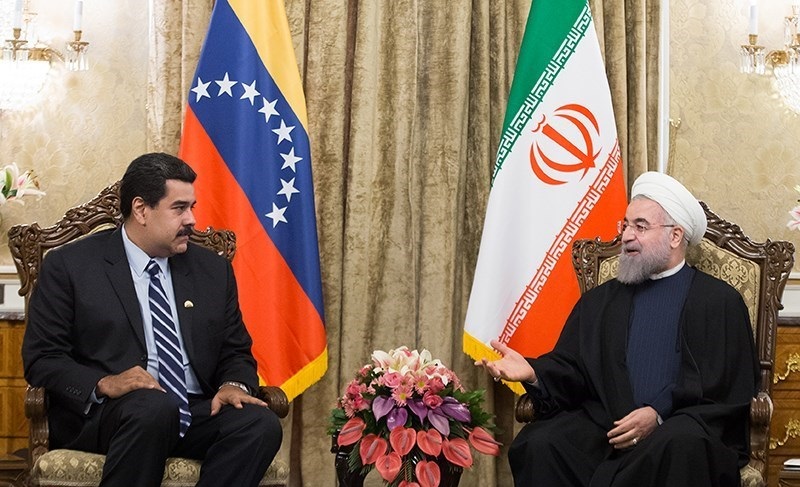 On June 11, 2022, Iran and Venezuela made a dramatic geopolitical move by signing a two-decade cooperation agreement. A cooperation agreement is a formal plan to strengthen political, economic, and diplomatic ties between two countries by helping each other develop their economies, showing international support, or sharing intelligence. Presidents Nicolás Maduro from Venezuela and Ebrahim Raisi from Iran claimed that their cooperation agreement was the natural outcome of their “common vision” and a landmark for future bilateral relations between their countries.

Similar economic and political motives led Iran and Venezuela to strengthen their ties to an unprecedented level. Both want to improve their economic well-being through bilateral cooperation. The regimes also seek to further legitimize their rule since they are both contested regimes at the international level. However, this 20-year cooperation agreement’s impact seems more symbolic than game-changing.

Iran and Venezuela try to find solutions to overcome sanctions

Iran and Venezuela shared many of the same economic motivations when working toward this agreement since they are hard-hit by sanctions implemented by the United States and its allies. The two countries face rising levels of inflation – Iran’s inflation rate attained 40 per cent last month – and poverty as consequences of the economic pressure imposed by foreign governments. For instance, more than 5 million Venezuelans left the country over the last few years because of lowering living standards. The Russian invasion of Ukraine also exacerbated Iran and Venezuela’s poor economic conditions because Russia is a primary economic partner of both countries, and the war altered the two countries’ balance of payments. Iran and Venezuela have sought to get around sanctions for years and recently intensified economic exchanges before agreeing on a specific plan. For example, Iran invested €100 million in a Venezuelan refinery last month.

The 20-year cooperation agreement is an opportunity for the states to develop their economies while getting around their respective embargos. Though they are two oil-rich countries whose economies heavily rely on oil revenue, the plan is an attempt to find long-term solutions to reliance on oil. The cooperation agreement does not solely aim to boost the two countries’ oil industry but encompasses various other sectors such as food, tourism, and military. For instance, the plan includes a direct weekly flight between the two capitals – Tehran and Caracas – starting July 18.

Iran has been substantially isolated from world politics since the Islamic Revolution toppled US ally Mohammad Reza Pahlavi in 1979. Venezuela saw its international support undermined when Hugo Chávez came to power in 1999, and this trend has accelerated since 2013 under the Nicolás Maduro presidency. Global political pressure on both countries has dramatically increased over the past few years because of former President Trump’s policy of “maximum pressure” on Iran and the governmental confusion in Venezuela when both Juan Guaidó, the president of Parliament, and President Maduro claimed to be the leader in 2019. The two regimes overcame several attempts to remove them from power, often helped by foreign governments, which made them quite fragile and suspicious.

Iran and Venezuela seek to protect themselves from domestic and international political discontent and to enhance their hold on power through this bilateral alliance. The economic linkages that the agreement creates are likely to be crucial for both regimes’ legitimacy since the economy is a great tool for boosting domestic support. Nonetheless, what is striking when looking at such a long-term geopolitical alliance is that these countries have little in common at the political level. The Bolivarian Republic of Venezuela promotes equality through socialist policies, while the Islamic Republic is a theocracy in which leaders rule in the name of god. One of their major common points is their fierce ideological and geopolitical rivalry with the US, and this tells us a lot about the political implications of the plan. The two regimes have also overcome popular criticism at home in recent years. For instance, Venezuela has seen various challenges against the Bolivarian Republic since 1999. The Islamic Republic experienced various waves of popular discontent since it gained power in 1979, its greatest domestic challenge was the massive Green Movement in 2009 which led to high levels of repression by the regime.

Though the Iranian-Venezuelan 20-year cooperation agreement has broad goals to alter both countries’ economic, political, and geopolitical conjectures, this plan is unlikely to bring such change. Instead, it is more likely to sustain – or even worsen – the current political and economic marginalization Iran and Venezuela suffer from. The plan is doubtful to have a profound impact on the two countries for various reasons.

Even if Iran and Venezuela hope to get around international sanctions by strengthening their bilateral economic ties and developing their oil industry, the effects are likely to be very limited. The instability of the oil market coupled with the Russian invasion of Ukraine pushed oil prices to an almost all-time high. However, most world leaders still refuse to buy cheaper oil barrels from Venezuela over expensive oil sold by their Gulf states’ allies. Therefore, the current international oil crisis is an illustration of this because geopolitical mantras seem to prevail over economic change.

Economic moves aimed at boosting domestic consumption in both countries are also unlikely to bring economic change, and some of these decisions do not even have economic goals. For instance, starting in 2020, Iran opened several supermarkets selling Iranian products in Caracas, however, these Iranian exports will not find many customers in Venezuela, where more than 76 per cent of the people live in extreme poverty. This is the same issue for the direct flight line between Caracas and Tehran: both populations are now very poor and cannot afford such a long trip. Why did Iran open supermarkets in Venezuela if nobody will go shopping there? This measure is not driven by economic goals but rather political ones. Although most Venezuelan people do not have the money to buy Iranian goods, Iranian supermarkets in the streets of Caracas seem to be a signal of solidarity with the Venezuelan government, which attempts to disturb America’s hegemony in Latin America.

Iran and Venezuela are likely to further alienate themselves from international politics through this cooperation plan. They seem to prioritize fostering bilateral relations instead of multilateral cooperation with global leaders to diminish sanctions. This move makes dialogue with democracies more complicated and as well as the likelihood of reducing sanctions for them. However, the strategy seems unfruitful for Iran and Venezuela if we look at both countries’ economic and political situations for now. For instance, Iran decided to shut down 27 cameras of surveillance on its nuclear sites in early June, which raised criticism across the international community and led Western powers to refuse starting new negotiations over the easing of sanctions on Iran.

This cooperation agreement is a turning point not only for Iranian-Venezuelan bilateral cooperation but also for their future relations with foreign powers. The plan will shape both countries’ developmental trajectories. Nevertheless, we cannot be certain that the deal will benefit and not undermine Iran and Venezuela in the next few years.

Featured image: “President Rouhani in meeting with Venezuelan President Nicolás Maduro” by Hossein Zohrevand is licensed under CC BY 4.0