What is France Coming To? 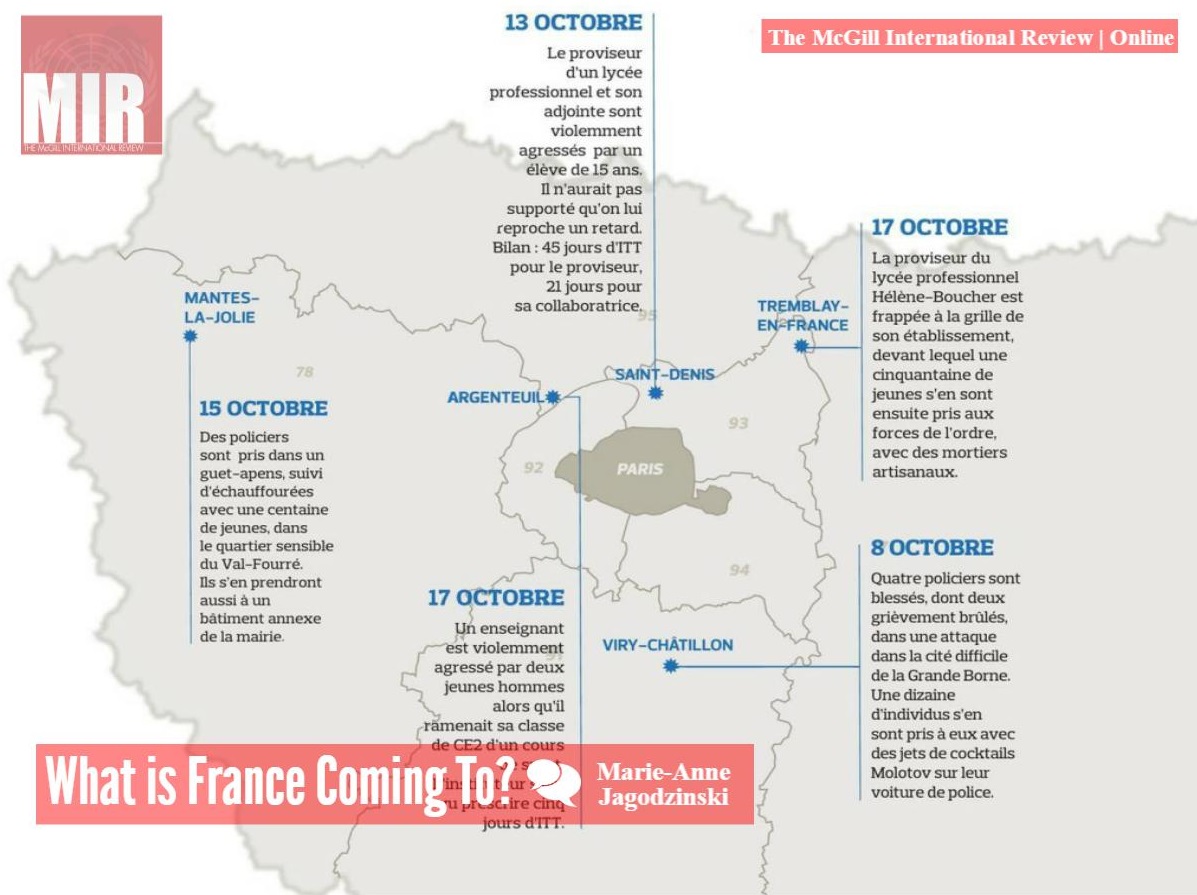 In just a couple of months, several civil servants, be it policemen or teachers, have been violently assaulted in the regions surrounding Paris. On October 13th a police unit came under mortar fire as they were investigating an unruly high school in Saint-Denis. Following the murder of two police officers in June, as well as a Molotov cocktail attack on October 8th, hundreds of policemen and women have been demonstrating throughout the country since Monday. What do they want? Roughly speaking, better means and less paperwork in order to protect themselves from this outbreak of crime directly targeting them. Teachers are suffering as well, as would suggest the aggression against a principal in Tremblay-en-France and a primary school teacher from Argenteuil this month. Will Hollande honour them with one of his latest creations, the Medal to the Victims? More importantly, how does the next shift plan to counter this increase of violence?

Since all of the polls show him as a clear winner of the upcoming elections, I chose to read Juppé’s lengthy list of propositions on the matter of domestic security: 10,000 more officers in the police force, increased consideration for recommendations coming from the military, an increase in the size of the army, the expansion of the reserve to 26,000 trained people, the restructuring of the French intelligence network, the creation of a prison police force, and an overall modernization of police and military equipment.

This seems adequate. Yet the awkward question remains, how will he finance such projects? Although the police have the right to demonstrate, considering the unheard of (on French soil at least) amount of violence they are exposed to, increasing their ranks has not made such a difference. I do believe, as much as a belief is worth, that another five-year term like Hollande cannot happen, because France is on the brink of a much larger demonstration for the sake of some Realpolitik.