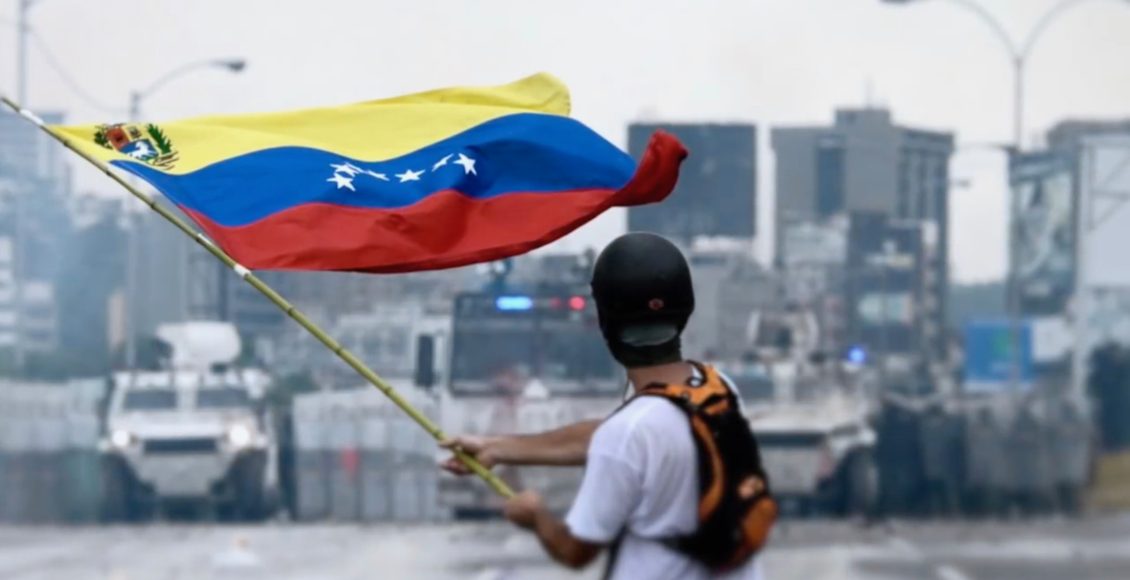 Venezuela has two Presidents, 1 million percent inflation, and the world’s largest known stores of oil. It’s undergoing both an acute internal humanitarian crisis and a refugee “exodus”. Once one of Latin America’s most prosperous states, a series of poor political and economic decisions have resulted in the worst recession in Venezuela’s history. Over 3 million Venezuelans have left the country of 30 million, pushed out by a severe shortage of basic necessities such as food, healthcare, water, and electricity. The incumbent President, Nicolas Maduro, is widely seen as illegitimate, having been re-elected last year amidst claims of “inflated figures” and “massive irregularities”. The President of the Venezuelan National Assembly has meanwhile taken an oath to serve as the country’s interim president, pushing for Maduro to resign on the basis of his illegitimate claim to power and the economic damage he has so far wreaked on the country.  The international response thus far has been varied. The Lima Group group of 12 Latin American countries and Canada, formed in 2017 in response to concern about the ongoing Venezuelan crisis, has since called on the United Nations to address the human rights situation under Maduro’s rule.

The Lima Group, the US and the EU have sided with Guaido and are calling for a new round of elections. Others, notably Russia, have maintained support for Maduro. The US, Venezuela’s biggest trading partner, has been particularly vocal, with Trump announcing that military intervention is “certainly an option”, although the Lima Group continues to advocate for a peaceful solution.

Both leaders refuse to step down. While Guaido has certainly gained the approval of many states and much of the Venezuelan public, Maduro retains control over the army. With such an uncertain political divide and significant vested interests on the part of international actors, it’s hard to tell what’s next for Venezuela. There are a few more probable scenarios, one of which is another round of elections.  In January, the Lima Group refused to recognize Maduro as President and insisted that he call new elections. In response, Maduro suggested holding elections for the National Assembly, a legislative body which he had rendered essentially powerless after the opposition won the majority of seats in 2015. As he refuses to make concessions, it becomes increasingly difficult to see a future for Venezuela without him. In the event that he were to agree to elections, the difficulty would then lie in ensuring they are carried out in a transparent and credible manner, unlike those last year, which are widely regarded as fraudulent. A history of dubious elections creates skepticism among the population, along with widespread reluctance to vote. Before the elections last year, a poll showed that only 28 percent of those who opposed Maduro planned to vote, largely because they don’t think it’ll make a difference to the outcome. The general assumption was “Maduro will win anyway”.

Another possible scenario is that Maduro remains in power indefinitely, with little change. While this feels plausible, it’s worth considering that his rule is unsustainable. He has pushed the country to its limits with a shortage of 85 percent of all medicines and inflation predicted to reach 10,000,000 percent this year, and the effects of these economic failures are far-reaching. A poll carried out by one of Venezuela’s leading poll companies, Datanalisis, showed that 67.9 percent of the population “rejects” Maduro’s management and agrees that he should leave power within a year. As of 2018, he had a 21 percent approval rating. Almost 2.3 million refugees have fled to surrounding countries, including Colombia, Ecuador, Peru, and Chile. A UNHCR representative in Colombia described the situation as “overwhelming”.  Venezuelan refugees themselves face immense hurdles in the migration process. As a result of the inflation rate, a family selling all of their possessions would likely still need loans from relatives in order to be able to afford bus tickets to another city. Many poor Venezuelans don’t have passports or national ID cards, which is an additional obstacle given that both Ecuador and Peru have recently announced rules requiring arrivals to have valid passports. Meanwhile, as the US government condemns Maduro’s “tyrannical socialist” government, it is simultaneously rejecting almost half of all Venezuelan asylum applicants—despite Secretary of State Mike Pompeo acknowledging in a statement released on the 10th of January, that Maduro is allowing his people to starve.

Military intervention remains a distant possibility. On February 19th, Trump addressed the Venezuelan military, which has stood firmly behind Maduro throughout this process, saying that the US aims for a peaceful transition of power, but once again affirmed that “ all options are open”. This echoes reports from July last year, when the President repeatedly asked during an Oval Office meeting why the US couldn’t intervene to remove Maduro’s government as the country’s unraveling constituted a threat to the region. It’s unlikely that the US will invest the time, money, and military resources to intervene in Venezuela. If it does, however, it’s important to put into context both why the US is so invested in the country’s economic well-being, and the potential consequences given the precedent it has set in Central America. Perhaps most importantly, a military intervention is not what most Venezuelans want. A poll by Datanalisis shows that while 35 percent would support a foreign-led intervention to oust Maduro, the majority, 63 percent, want a negotiated settlement that achieves the same goal.

Historically, the US has justified foreign intervention on two grounds—national security and upholding democracy, although this has not always been successful. However, its foreign policy today would indicate that spreading and upholding democracy is not a priority. The government’s relationships with various authoritarian governments, and the President’s apparent friendship with leaders such as Vladimir Putin of Russia, Rodrigo Duterte of the Philippines, and Mohammed bin Salman of Saudi Arabia, indicate that this is not the case. The State Department’s statement detailing its commitment to “press for the restoration of Venezuelan democracy” might have seemed more credible otherwise. The US’ aggressive stance towards Maduro has nothing to do with ideological beliefs that the Venezuelan people deserve freedom and democracy, but rather with the fact that Venezuela has the largest proven oil reserves of any country—and that the US is Venezuela’s largest customer, importing around 750,000 barrels per day on average. It is also heavily invested in the country, with $6.6 billion worth of FDI stock in the country in 2017. Imposing sanctions on states who are violating international human rights laws is common practice. In this case, however, sanctions on the state and its main oil company have been disastrous for the domestic economy. As a petrostate, with oil exports producing 95 percent of the government’s revenue, US oil sanctions hit the core of the economy. Its output fell dramatically, from 2.4 million barrels per day in 2015, to 1.34 million in 2018, worsening the economic crisis.

If the US was to intervene, it would likely be to protect its regional economic interests, as it has done before. In 1954, the CIA coordinated a coup d’etat in Guatemala, overthrowing a government that had been democratically elected. This followed President Jacobo Arbenz’s set of land redistribution policies that threatened the land ownership and profit of the US-owned and managed United Fruit Company. The coup was carried out after the United Fruit Company launched an anti-communist campaign against the Guatemalan government in the US media. The land redistribution policies coupled with the law allowing Communists to participate in politics passed a few years earlier were enough to make it seem like Guatemala was leaning towards socialism. President Dwight Eisenhower approved the CIA mission, which ended in the installation of an authoritarian, right-leaning government instead. This type of antidemocratic intervention would disregard Venezuelans’ agency while worsening an already dire situation.

This crisis has been years in the making. Venezuelans deserve change, but not in the form of a long and bloody military intervention. Juan Guaido is the first credible challenge to Maduro’s power in a long time, and hopefully the one that is finally successful. Still, the most important thing to focus on is the human impact. Aid should be provided to countries who have taken in hundreds of thousands of refugees. Venezuelan refugees should be treated with compassion, rather than as a problem. It’s time to put humanitarian concerns ahead of economic ones.