What Next for Brexit and the Irish Border? 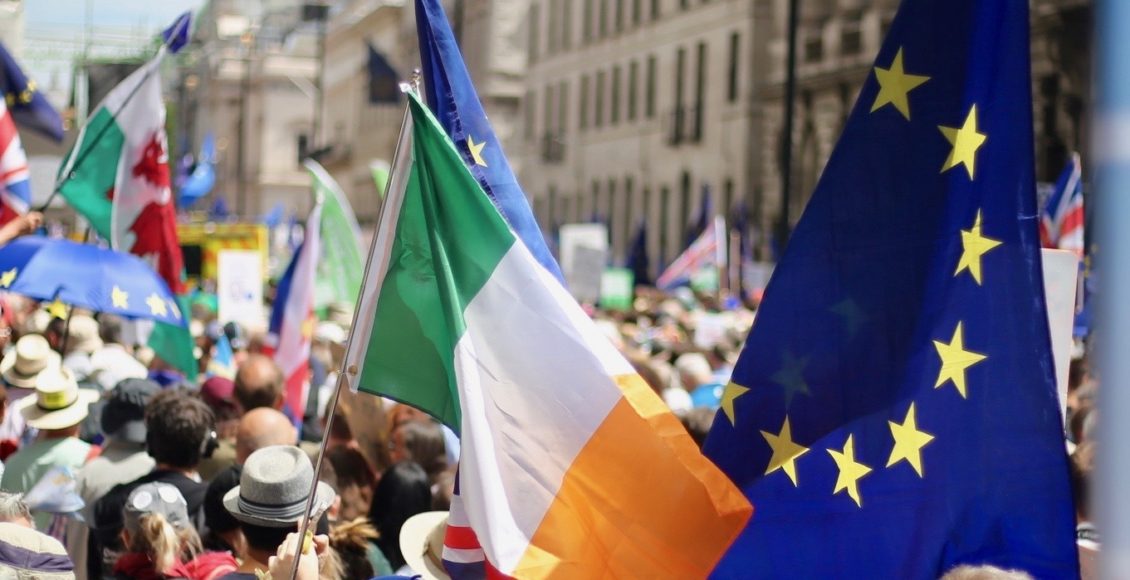 In the latest phase of Brexit negotiations, UK Prime Minister Boris Johnson managed to reach a deal with the EU, but there are still complications. Parliament has accepted the deal, but refused to pass it before Johnson’s October 31st deadline, fearing that they would be unable to complete the process in time. The final vote must now be extended by the EU for the deal to be approved. What makes this deal different from previous attempts is that it appears to have successfully avoided a hard border between the UK and Ireland, one of the key issues in the Brexit debate.

Northern Ireland’s status within the UK has been historically marked by a deep conflict between the mostly Catholic “loyalists”, who advocate for a united Ireland, and the mostly Protestant “unionists”, who wish to remain in the UK. The conflict culminated in the Troubles, nearly thirty years of violent rebellion, involving military intervention on behalf of both British forces and Irish militias, such as the IRA. The Troubles were resolved in 1998 by the Good Friday Agreement, which set up arrangements for facilitating interactions between the two countries: its terms led to what is now known as the soft border. A soft border is one with no checkpoints or military presence, permitting free circulation along the roads – an estimated 30,000 people commute across the border between Ireland and the UK every day. Conversely, a hard border has a physical barrier, military watchtowers, and customs checkpoints searching cars, all of which have been deemed undesirable in Ireland. In general, hard borders between European countries are unnecessary because of the EU’s single market, which allows for free trade and circulation between member countries.

Keeping the soft border between Ireland and the UK has therefore been a crucial aspect of any Brexit agreement. Theresa May originally promised that any agreement would include a “backstop,” or a guarantee that there would be no hard border, but this made her other promises difficult to fulfill. She had also promised to get rid of the EU’s customs union and single market, in response to the Conservative party’s demands for restricted migration and the ability to make independent trade deals. Without the customs union and single market, Ireland and the UK would have different trade systems, making checkpoints necessary to regulate any goods being traded between them. Brexit supporters were therefore unhappy with May’s backstop, believing it would prevent any deal from fulfilling their demands.

After taking over leadership from May, Johnson promised to remove the backstop and ensure an independent trade system for the UK, which his new deal has done. At the same time, it has dealt with the problem of the EU customs border by placing it in the sea between Britain and Northern Ireland, which will keep Northern Ireland in the EU’s trade agreements. This deal has been more successful with the EU than any of May’s deals and has actually been approved by European leaders. However, hardcore Brexit supporters, particularly those in Northern Ireland, feel betrayed, believing that the deal does not separate the entire UK from the EU in the way that they wanted.

The group most significantly opposed to the new deal is the Democratic Unionist Party (DUP), the only Northern Irish party in British Parliament. After the Good Friday Agreement, politics in Northern Ireland became extremely polarized, diminishing the power of smaller moderate parties and making the two extreme parties, Sinn Fein and the DUP, the largest voices in the debate. However, Sinn Fein, the anti-Brexit Irish loyalist party, refuses to sit in British parliament, making the DUP the lone voice of Northern Irish opinions on the deal. They do not want Northern Ireland to be differentiated from the rest of the UK, and do not want to restrict its trade with the rest of the UK by implementing a barrier between them. Since the DUP is one of Johnson’s most important allies in parliament, their disapproval makes Johnson’s government relatively unstable.

While some opposing members of Parliament have approved the deal, most remain opposed to Brexit and continue to make demands, such as a customs union, while waiting for the final vote. These divisions between the parties will be highlighted in December’s general election. Johnson is hoping to win back a majority and have less opposition to Brexit, but other parties are also vying for victory: the Liberal Democrats hope to emerge victorious and put an end to Brexit, keeping the border and trade agreements as they currently are.

Given all these internal conflicts, the threat of a no-deal Brexit – despite being diminished by Parliament’s acceptance of Johnson’s deal – has not been entirely eliminated. In the no-deal scenario, the UK would suddenly leave all EU agreements with no new arrangements. Border checks would have to be immediately enforced, since Ireland would be mandated under EU law to prevent the circulation of goods from non-EU countries. Resulting tariffs and stricter regulations would block trade routes between the UK and Ireland, and inconvenience people from both countries who cross the border in their daily life. Additionally, many fear that the resulting divisions would reignite the violence of the Troubles.

The Irish Prime Minister, Leo Varadkar, hopes that the spirit of the Good Friday Agreement will endure after Brexit, whether or not there is a deal. The agreement mandated the removal of security installations at the border, but did not specify that there could never be border checkpoints in the future, so its potential contribution to maintaining a soft border is debatable. The Republic of Ireland has not prepared for a no-deal Brexit, hoping the UK will either make a deal or forgo leaving the EU altogether. The new deal appears to be, in the very least, more beneficial for Ireland than a sudden exit.

The deal will take all of the UK out of the customs union, so that Britain will be able to make its own trade deals, but maintain the single market in Northern Ireland, so goods can still flow freely across the island. Border checks and tariffs will take place in the crossing of the Irish sea, rather than at the controversial border and the leaders of Northern Ireland will still be involved in European deals, since they remain in the same trade system. However, the DUP continues to oppose this arrangement because it sets Northern Ireland apart from the rest of the UK, which risks increasing the divisions between unionists and loyalists, and deepening the divide between Britain and Ireland. If the deal succeeds, and the island of Ireland begins to operate independently from the UK, it may eventually reopen the debate over a united Ireland. Whether or not the deal is passed in the upcoming vote, Ireland’s future in the post-Brexit era is far from clear.

The feature image, “People’s Vote” , by Ilovetheeu is licensed under CC BY-SA 4.0.