What ‘The Princess Bride’, a 1930s Beauty Contest, and the GameStop Short All Have in Common 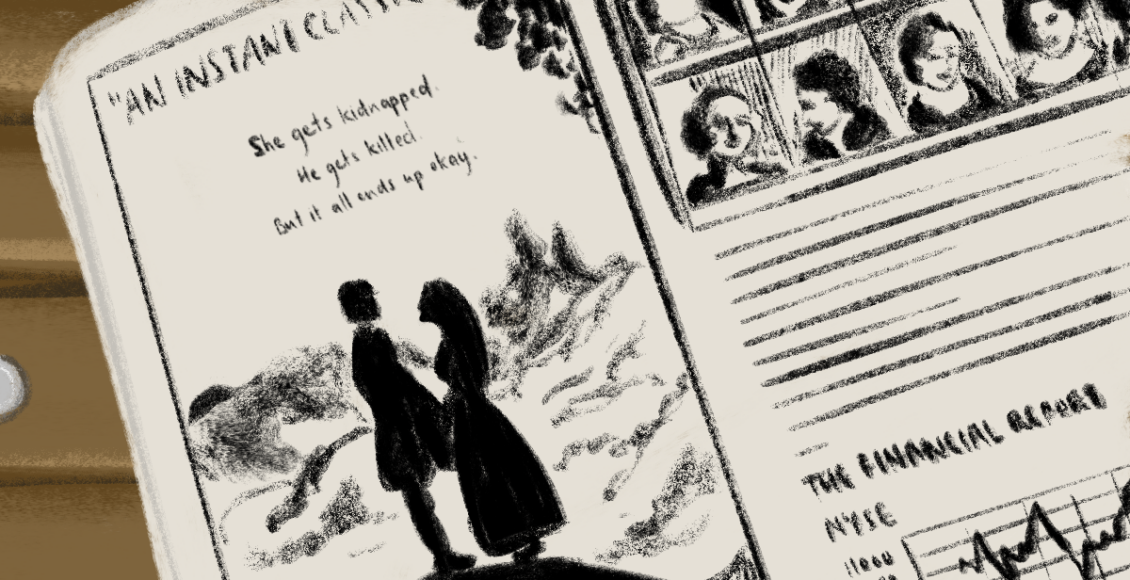 The GameStop saga was one of the most exciting news stories of the start of the new year. The media focused on the opposition between the Redditors of r/WallStreetBets and the Wall Street hedge funds shorting GameStop, trying to figure out who was “beating” the other. However, we simultaneously saw quite the peculiar reaction from individuals not financially involved on either side. On financial media channels, a slew of Wall Street executives, financial millionaires, and other hedge fund managers expressed their anger with the short squeeze. Some arguments were typical, if not slightly hypocritical, such as complaining about “attacking” the rich and calling for more stringent regulations. Others were more absurd — suggesting Redditors should get girlfriends and implying that a “foreign power may be at work.”

Again, this outrage is strange. This gaggle of elites were, for the most part, not players in the GameStop situation. If the vitriol were based on losing money, they had no real reason to be upset. So why were they? To understand this phenomenon, one should look at the Keynesian beauty contest, a behavioural finance concept that describes an alternative perspective on how the financial market works.

In the 1930s, John Maynard Keynes, a prominent British economist, was attempting to understand the apparent irrationality of financial markets. He had observed, for example, that the price of companies did not seem to be entirely based on their long-term value, and that day-to-day fluctuations seemed to have a great impact on this long-term market value. In an attempt to explain this irrationality, he compared the stock market to a popular game featured in his weekly newspaper: a beauty contest. In the newspaper, 100 faces were shown, and participants were asked to choose the six prettiest from the pool. A participant would win the game if the faces they chose were the closest to the six faces most frequently selected by all competitors. Essentially, a player couldn’t simply choose their six favourites; instead, they had to factor in what they thought would be the average competitor’s selection.

In this view, short-term fluctuations in the market are based on mass group psychology, and those most privy to what the average investor is thinking are the ones most likely to profit from these fluctuations. Everyone is attempting to time the market to sell right before everybody else does, and buy before everybody else piles on a stock. The Keynesian beauty contest views short-term market fluctuations as not necessarily based on market fundamentals or technical analysis, but on predicting the average investor’s behaviour and adjusting your strategy accordingly.

If this reasoning is too abstract, consider this classic scene in the 1987 movie, The Princess Bride. Our disguised hero, Wesley, attempts to free his love from the clutches of a trio of bandits. In the final challenge, a battle of wits against the bandit boss, Vizzini, Wesley presents Vizzini with two goblets: one of them is simply wine, and another contains a poisonous powder. It is up to Vizzini to deduce which is poisonous and decide which one to drink.

As shown in the clip, Vizzini decides to pursue a simple deduction: figuring out what cup Wesley would poison. This leads Vizzini down a deductive spiral where he attempts to place himself in the shoes of a man whom he has minimal information on, and ultimately pays the consequences. Keynes posits that market fluctuations are based on the same reasoning as Vizzini’s, which cannot be successful without prior information.

Wall Street has long been a place of allure and secrecy. Until very recently, it was where wealthy individuals paid the brightest minds to invest their hard-earned dollars utilizing techniques that were out of reach for the majority of the populace. After all, breaking into the finance industry and ascending to Wall Street requires jumping over incredibly high entry barriers. To succeed on Wall Street requires having memorized The Intelligent Investor by age 6, graduating from an elite university, and likely having family connections to step foot into the industry. After that, you must spend years on trading floors ruthlessly competing against other ambitious co-workers to move up the ranks. These years spent scrambling to the top eventually afford you the privilege of riches and the allure of being a Wall Street insider. Unlike most people, you now have access to the tools, information, and ears of other investors, allowing you to be hyper-successful in the future.

Concentrated financial centres like Wall Street are the amalgamation of these elite insiders. Part of being a member of this club is being privy to information that was once inaccessible to the majority of individuals. In order to have access to this information, you had to live in Manhattan, work for a massive bank, and attend “idea dinners” with fellow insiders. Until very recently, this was where to find the thoughts, opinions, and strategies of the average investor. In Keynes’ beauty contest, it would be playing the newspaper game with very accurate knowledge of the opinions of the remainder of the players. Given that access to the average investor was reserved exclusively to this club in the past, elite members could accurately upend the inherent irrationality of short-term fluctuations. Therefore, winning on Wall Street was not based on intelligence or superior tactics, but instead on the unique insights afforded by being a member of the club.

However, this process is slowly being upended. With the advent of the internet and the democratization of trading platforms, information, and strategies, the allure of Wall Street is perhaps starting to fade away. WallStreetBets, for all of its flaws, exemplified the inherent irrationality of the market and how the average investor is incredibly different from 30 years ago. The club good that was insider information regarding the behaviour of the “average investor” is now plastered for everyone to see on a Reddit thread, and the impacts of this phenomenon are by no means limited to the GameStop situation. Tesla and Bitcoin have seen absurd growth despite the fundamentals behind Tesla being shoddy and Bitcoin being uncharted waters for typical fundamental analysis. However, the prices of these stocks are, in large part, based on beliefs shared by the average investing public. The average investor seems to believe in a democratized currency and Elon Musk, devoid of the realities of their inherent value.

It is difficult to say where the future of Wall Street is moving. If the GameStop short is any indication, it is clear that institutional investors still have a strong grip over the levers of power on Wall Street. Unsurprisingly, significant lobbying efforts have allowed them to subvert losses through bailouts. However, it is becoming clear that the carefully cultivated illusion of genius Wall Street insiders is slipping. By illustrating the increasing access to information, platforms, and strategies, the GameStop situation may be the beginning of a trend towards more democracy and transparency on Wall Street.