What Trump’s NATO means for Scandinavia 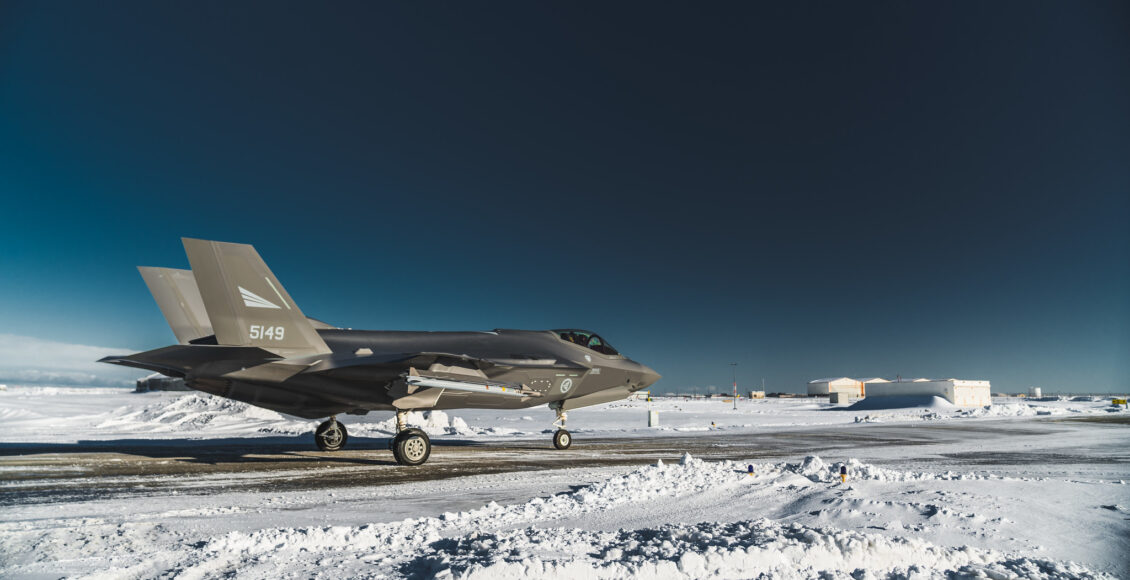 At its inception in 1949, NATO was built to deter Soviet belligerence against European states. The alliance persisted well past the fall of the Soviet Union in 1991, with its reach expanding and its priorities changing with the times. Today, however, as many of its European members grow increasingly wary of renewed Russian expansionism, NATO seems to be at its weakest. Donald Trump’s discourse has cast doubt on the alliance’s strategic value to the United States — doubts recently exacerbated by the withdrawal of 12,000 American troops from Germany last August. These developments have led to Emmanuel Macron calling the alliance “braindead,” arguing that it can no longer serve its purpose if European and American interests diverge. In Scandinavia, where the fear of Russian aggression is such that it inspired the most expensive TV show in Norwegian history, the prospect of reduced American commitment to NATO warrants a significant reevaluation of the security situation. These developments are signs of a shifting European perspective on an American-backed security system, forcing countries that have felt safe since the end of the Cold War to revisit strategies for their futures. A look at how Scandinavian countries, NATO members and non-members alike, are approaching an uncertain future shows the far-reaching ramifications of US policies, and just how important America is to European security prospects.

The Scandinavian countries are close neighbours, yet they each have adopted different positions during the Cold War. While Norway and Denmark, both victims of Nazi aggression, joined NATO and the Western bloc, Sweden remained steadfast in its neutrality. Finland, having been both invaded by the Soviets and allied with Nazi Germany during the Second World War, carefully maneuvered its foreign and domestic policies to maintain a clear sovereignty adjacent to that of its powerful Soviet neighbour. To do so, it engaged in a strategy denoted by some scholars of international relations as “Finlandization”: a controversial term referring to a country retaining its nominal independence by submitting to its more powerful neighbour’s interests. This meant signing a friendship treaty with the Soviets, buying their arms, rejecting the Marshall plan, and allowing the censorship of domestic media criticizing the USSR. At the end of the Cold War, the dissolution of the Soviet Union appeased thoughts of invasion and gave these countries some breathing room.

Nevertheless, Putin’s ascension to the Russian presidency in 2000 reinvigorated fears of Russian expansionism. Soon enough, large-scale Russian military activity ensued — including the 2008 invasion of Georgia, the 2014 annexation of Crimea, and 2017’s “Zapad” exercise near Belarus — once again raising the alarm for neighbouring states. Furthermore, the renewed strategic importance of a soon-to-be-sailable Barents Sea, where thawing ice has revealed important petroleum deposits, has heightened the stakes. The situation has worsened since 2016. Indeed, the Trump administration has failed to condemn Russian transgression when tensions have arisen, including when Russia violated international law in the Kerch Strait. Additionally, Trump has suggested bringing Russia back into the G7 and has lifted sanctions on Putin’s close allies. These actions not only weaken European countries’ trust in America’s status as a bulwark against Russian aggression, but they encourage Putin’s expansionist behaviour. Scandinavian countries swiftly responded to this new reality, evidence that the combination of an aggressive Russia and an uncommitted US has jeopardized their security.

For Sweden, that meant remilitarizing the island of Gotland in the Baltic sea. This was followed by a slew of changes: sheltering its navy under a mountain, allowing the US military to access its airspace, and reinstating a nationwide draft and military service. Evidently, Sweden believes the Russian threat to be considerable and is posturing against it. Despite not being a member of NATO, it benefits from the deterrence provided by the alliance, and thus suffers from the US’ wavering commitment. Norway, a new temporary UN Security Council member, has reemphasized its commitment to NATO by undertaking military exercises with allied countries, and has drafted a new defence plan for the 2020-2024 period, clearly depicting Russia as a threat in the Arctic and Baltic Seas. Finland has taken a more cautious approach, due to its proximity to Russia, but the new circumstances have also pushed it towards greater cooperation with its Scandinavian neighbours.

In 2009, the Nordic Defense Cooperation (Nordefco) was signed in Helsinki. Although not ostensibly a military alliance, it sought to reinforce cooperation in military equipment and exercises. Last September, the agreement was expanded to include coordination beyond training, such as in a conflict scenario with Russia. This expansion illustrates the ongoing support and commitment between Nordefco member countries. While this rapprochement does not signal a desire to leave NATO behind, it can be understood as an attempt to reinforce security within the regional bloc. It is also linked with a lack of faith in the US’ will to uphold its commitments. This is echoed in the popular opinion: in 2019, levels of Danish and Norwegian popular support for NATO had dropped by 10 per cent over two years.

Scandinavian states’ response to this lack of American commitment is two-fold. Firstly, they have reinforced existing regional agreements and strengthened security through regional cooperation. Secondly — and quite paradoxically — they have reemphasized their adherence to an American security system, through both NATO and direct cooperation with the US military. This is evidence that these states cannot afford to completely abandon American security support. Indeed, the US military, armed with a budget larger than Sweden’s GDP and a nuclear arsenal, remains the most powerful deterrent against Russian expansionism.

Although limited, the expansion of Nordefco illustrates a greater effort by many European countries to ensure new sources of security in the context of a retreating American presence. France, under the aegis of Macron, is another proponent of reducing reliance on American defence. Outside Europe, old US allies are also struggling to adapt to the sudden resurgence of American isolationism. In the face of rising Chinese power, Japan is rebranding aircraft carriers as unassuming destroyers, and is set to sign a new defence agreement with Vietnam. The Philippines, a country that shares a long, if difficult, history with the US, has also been reevaluating its policies. The 1951 US-Philippines Mutual Defense Treaty has recently been faced with the threat of revision, and rising tensions in the South China Sea have only elicited vague commitment from US secretary of state Mike Pompeo, who shied from recognizing the nation’s sovereignty in contested areas. These behaviours exemplify the shockwave-like effects of Trumpian policies on American allies.

Observing the way Scandinavian states, typically known to remain dovish about international affairs, are approaching the future of their security reveals patterns that are being replicated globally. The US has dedicated the past 75 years to extending its influence across the world and protecting its allies to ensure stability, a program for which it has spent billions of dollars. It risks severe losses if it continues down a path of uncertain commitments and abandonment. Presidential candidate Joe Biden has stated that he would return NATO to its “core values” if elected, but the lessons of 2016 show that this year’s election cannot be seen as a done deal. Furthermore, even a return to a pre-Trump NATO might be insufficient in the face of new threats. To say that US hegemony is past the point of no return would be shortsighted, but the upcoming election might prove to be a fulcrum for a new world system. For Scandinavia, the possibility of an American withdrawal in Europe is a deeply worrying one; solely relying on regional cooperation is hardly a desirable scenario, but if worse comes to worst, it is something to fall back on.