What’s so Fascinating About Rural Life? 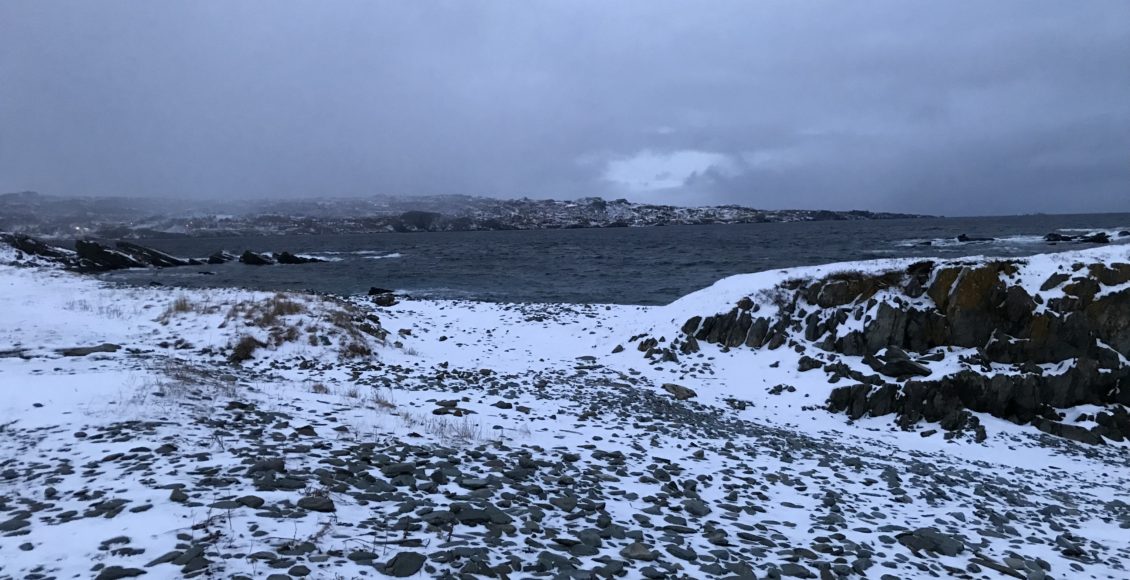 Near Bay Roberts, Newfoundland. There's a town across the water.
Share

I spent my winter holidays between two small communities in Atlantic Canada, each with less than 2000 people in them. I did not grow up in either of these places. My parents moved five years ago and I’ve only ever visited them over summer and winter breaks; the other is where my partner grew up. Being a temporary resident in each of these places brings about mixed feelings. They’re both beautiful and on the ocean, but also, conversations and perspectives tend to be different from what I run into in the city, although not necessarily in the way that one might think. The average level of education tends to be lower, and I know more people who married and started families younger, but there are other aspects which are harder to see through tourist’s eyes. There is an unparalleled sense of community – a sense of home – as well as a relationship with place and land – a proximity to nature – which I yearn for as soon as I get in the car to return to Montreal.

Since Trump’s campaign and presidential win the media has been flooded with memoirs of rural culture and analyses of the promise or decay of small town economies. J.D. Vance’s Hillbilly Elegy: A Memoir of a Family and Culture in Crisis was lauded for offering a way in to thinking about parts of middle America which had been previously forgotten. Tara Westover’s 2018 memoir, Educated, has similarly received widespread attention. These both deal with extremely unique settings, such that grouping them broadly into the same “rural” category is impossible, yet they each feed a similar curiosity. Both memoirs connect two seemingly disparate worlds; they each tell a coming-of-age story of an individual who grows up in a poor, rural environment, climbs the social ladder, and wades through the culture shock of arriving at one of the world’s best universities. It’s a story we love to hear because it perpetuates the notion that it’s still possible to climb the social ladder, but it also satiates our political desire to know more about the poorest parts of America, where the culture and social values are different from the liberal bubbles that are hard to escape. This is not strictly an American phenomena; in Canada, too, columnists have reckoned with the state of small, rural towns. Maclean’s in particular has a series of articles on whether they’re thriving, dying a slow death or in crisis.

The divide between city dwellers and ruralites is perennial. In ancient Rome, the historian, Livy, makes passing reference to hill folk who are less civilized in comparison to the more sophisticated citizens living in the growing urban areas. Urban areas are where economies grow, where governments and banks have headquarters; rural areas are generally poorer and less integrated with urban economies. Rural areas are where individuals go back to, to visit family. Sometimes people leave for the city because they want to, but many also end up living in cities – or rather, just outside of cities, in suburbs – because that’s where jobs take them. When people leave, their towns are left with less of a municipal tax base, worse services and worse roads, not to mention the trauma on families that are forced to break apart, “it’s a downward spiralling effect.” But to what extent can we really control where jobs go and where they bring us? Would we even want to?

But we would be remiss if we thought the only cause for focusing on rural North America – and the need to have a cabinet minister dedicated to its economic development – came down to political strategy. It’s true that in North America if you live in a rural setting your vote is worth more. In the United States, Wyoming has an outsized voting capacity in the electoral college. In Canada, if you live in Labrador your vote counts about 3.5 times more than if you live in Vancouver, for example. Those in rural areas are assured a distinct political voice; after all, they certainly have unique political interests due to living in completely different settings which typically have worse access to government services and distinct needs. However, it’s not just about the Left figuring out how to get votes to win the next federal election, at least in Canada. The Atlantic provinces, which are disproportionately rural, have increasingly become a Liberal stronghold, with the Liberals taking every single seat in the 2015 elections.

Small towns act as a geographical placeholder of a not-so-long-ago past where most people on the continent were farmers or fisherman, and thus lived in small communities. Only a few generations ago, in 1921, agriculture was the most common occupation in Canada, accounting for a third of all jobs. Contemporary rural life is thus a reminder of a common heritage, and of a way of life that is, albeit less “modernized,” simpler, and has a stronger connection to land and involves a more immediate connection to your neighbours; where your home is a place that neighbours freely walk into to borrow sugar or butter, or for a cup of tea.

Rural areas bring us in touch with the land in a way that cities never will. With climate change increasingly seeming impossible to deal with and the rampant urbanization of the world, places like national parks feel like crucial sites for the value of the sublimity of nature. Drive out of the city and you feel a physiological difference – there are fewer sounds, significantly less stimuli; being out in the middle of any forest, or staring at an empty ocean from an empty beach is as refreshing as it is rare for the common city dweller. What at first appears empty and quiet becomes a rich sensory experience of noticing what you miss if you look too quickly. It’s a cliché, but the sound of the waves and birds is inviting. If you look long enough into the churning water you’re likely to see that it is teeming with wildlife.

Sure, there is a way of knowing a city, too. I know the corners of Mont Royal, and I know streets and building shadows and what facades I like and don’t, but most of the city’s landscape is constructed out of concrete. There’s something distinct about knowledge of land. There’s something unique to knowing what time the tide comes in, what passes cattle can and cannot be herded through or how the colour of the sky changes when the temperature changes across seasons. You learn how to read clouds and predict incoming weather without looking at the forecast. You can’t see stars in downtown Montreal, but when I go home, there are so many stars to look up at it’s hard to pull oneself inside. The more and more we read about and reckon with what compels young people to move into cities and what causes climate change to affect the seasons, the more rare and worthwhile it seems to be to get to know a piece of land intimately.

We may go even further back to the history of North America to recognize just what exactly “the town” symbolizes. It’s not for nothing that we still have town hall meetings with our political leaders, no matter how antiquated or performative they feel. There is a different conception of citizenship in the town, or at least, it’s easier to imagine what being a citizen means in a smaller bubble. When Alexis de Tocqueville traveled to America in 1832, he was impressed most of all with the democratic spirit of Americans in their small town administration. Of Europeans, he writes “they think that such things have nothing to do with them, that they belong to a powerful stranger called ‘the government’ … they enjoy these goods… without a sense of ownership, and never give a thought to how they might be improved.” In a word, they had become subjects, not citizens. Americans, on the other hand, maintained the strength of a free people in local institutions. According to Tocqueville, if there is a problem in a town, then any given citizen is likely to try to fix it. Local responsibility is deeply intertwined with love of country and a respectable patriotism.

Details of others’ lives, however different they may be, are intimately known by you, your parents, and, frankly, everybody else. At worst, there is a toxic yet hilarious relationship to gossip. At best, it fosters a willingness to care about problems that are not immediately affecting you. Tocqueville went so far to say that engagement in local politics had a pedagogical value – engaging in what might feel like the minutiae of small town debates can actually teach you something about yourself, how politics work and the complicated yet beautiful nature of trying to live with other people with values that are different than your own.

It’s not all rosy. I know I’m guilty of romanticizing the virtues of rural life, and also that I’m not currently living there. I’ve spent the last four years living rurally, but for now the city is my home. And, I love cities in many ways. They’re exciting hubs of art and music, and universities act as centres of political activism and intellectual exchange. Communities exist in myriad ways within cities, but they’re self-selecting – they exist around similarities.

It doesn’t work quite the same way in smaller settings. It’s true for anyone who goes back and forth that some of the cultural differences are difficult to grapple with. Debates in Springdale, Newfoundland over whether to paint a sidewalk in the colour of the pride flag, or whether one can fly the straight flag, like in Chipman, New Brunswick, are not easy and at times incredibly excluding. By no means do I intend to suggest that all small towns in every instance are inclusive in the way that certain spaces in cities can be. Yet I believe there is a way that certain difficult conversations can happen in smaller communities, which may be bypassed in cities. In small towns, there’s a distinct belonging as well as a distinct feeling of responsibility to the people and the land around you. No matter how much we kid ourselves about finding community in cities, there is a fundamental difference to the way you know a town and a town knows you. Familiarity decreases hostility and invites a kind of genuine engagement that is difficult to replicate in larger settings, where people tend to be more mobile. This vision of democratic citizenship is fascinating and admirable. It shouldn’t be forgotten.