What’s in Store for Canadian Trade? 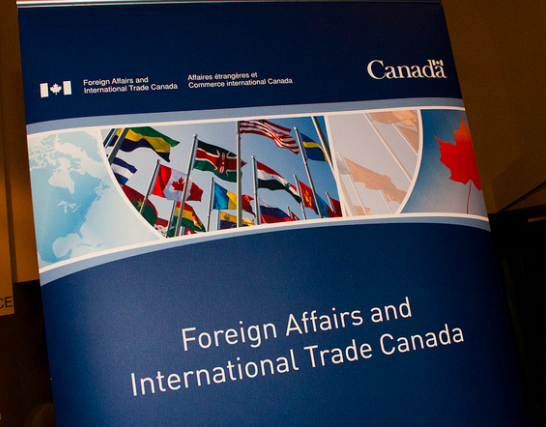 Donald Trump’s accession to presidency of the United States has given Canadians a plethora of reasons to be worried. His insistence on withdrawing from or renegotiating free trade agreements with Canada is perhaps the biggest worry. Canada’s exports to the U.S. account for 74% of the country’s total exports, mostly natural resources and intermediary goods. With a modification of the North Atlantic Free Trade Agreement (NAFTA) on the horizon, along with a possible reduction in primary exports to a possibly protectionist US, Canada may have to restructure its international trade model.

Free trade has its fair share of pitfalls; one of which is job outsourcing. As a result of lowered tariffs, the costs of imports from foreign countries to the US become significantly cheaper. US companies, usually small- to medium-sized, find it difficult to compete with influxes of new, cheaper goods. To regain competitiveness, US mutlinationals outsource jobs to countries with low labour costs. For instance, about 600,000 jobs in the US were lost to new manufacturing plants in Mexico by 2010 as a result of free trade agreements (FTAs). Statistics like these play into Trump’s nationalist platform quite smoothly. However, Trump has a tendency to exaggerate the negative effects of free trade. Although jobs are lost in the name of competition in FTAs, the US has instituted a large number of sector-distributed subsidies. For instance, the US government pays $20 billion worth of subsidies to the farming industry so that commodities such as corn and cotton have relatively stable prices. If small businesses in the US enjoy similar benefits, free trade might prove to be highly beneficial for them.

Analysts have been conservative with their views on how Trump’s administration will impact the Canadian economy. Potential outcomes are various and unclear. Trump has not specifically mentioned Canada in his tirades on FTAs. Since Canadian wages are not as low as Mexico’s, there has not been any incentive to disrupt US-Canadian trade. However, the unintended consequences from scrapping FTAs could well hurt Canada’s economy. For example, the Trans-Pacific Partnership (TPP), a trade deal involving 12 countries would have been greatly beneficial to Canada. The estimated gains for Canada from TPP were in the region of $4.3 billion CAD. Trump’s executive order permanently withdrawing the US from the TPP brought a decline in investors’ confidence in the Canadian economy. Such underlying fears of “potential trade shocks” may contribute to a deterioration in the economy.

“[NAFTA] has been a one-sided deal from the beginning with massive numbers of jobs and companies lost.” This tweet by Trump, echoed by many others, conveys the idea that free trade is manageable as long as the US has a formidable balance of payments. However, the nature of integrated and liberalised markets prevents such an outcome for the US without major costs simultaneously incurred by foreign economies. Currently, NAFTA allows Canada to export intermediary goods such as machines and hardware at low prices to the US. Removing NAFTA completely, reckons Sherry Cooper, Chief Economist at Dominion Lending Centers, would increase the prices of Canadian exports, making them less competitive in international markets. US companies may stop buying these exports, causing a disequilibrium in the Canadian export sector. Other factors that might raise the relative price of Canadian goods are US corporate tax cuts and further border tariffs. Moreover, Trump’s plans for an infrastructure-centred stimulus package is undergirded by a ‘Buy American’ culture. Households might be prompted to buy US products, while companies may lose interest in Canadian sourced inputs. The degree to which Canadian exports might decline in such a case is contingent on whether NAFTA is renegotiated or completely dissolved.

For now, NAFTA seems to be moving in a less radical direction: renegotiation is the likelier of the two options. Although Canadian officials have downplayed the role of NAFTA in current discussions, Foreign Minister Chrystia Freeland has recently given US Secretary of State Rex Tillerson a rather definitive stance regarding US-Canadian trade. Freeland emphasized that Canada will prioritize its economic interests, warning that any “tariffs on exports would be mutually harmful to both Canada and the United States”. She also implicitly raised the prospect to a trade war if free trade conditions are not met. This stance indicates a level of precaution which would work in Canada’s favour considering the uncertain times ahead.

The contentious Keystone XL Pipeline is another avenue of uncertainty for the Canadian economy. The purpose of the pipeline is to increase the flow of oil from the oilfields of Alberta, Canada to various industrial cities in the US, and vice versa. Both countries are internally divided on the issue of whether to go ahead with the pipeline’s construction, but the US seems to be more in favour of the project. Another executive order issued by Trump essentially expedites the construction of the pipeline, much to the dissatisfaction of its opponents. Arguments against the pipeline centre on the high environmental costs it would carry. Canada takes carbon prices much more seriously than does its southern neighbour. The Trump administration has expressed its disregard for environmental costs when it comes to deciding on which construction projects to go through with. Hence, the construction of the pipeline will inevitably lead to increased industrial activity and higher carbon costs, and could make Canadian oil and other exports more expensive and undesirable.

“How Much Should Canadians Worry?”

Some believe that Canada will not witness an economic downturn, emphasizing their faith in bilateral relations. US-Canada relations have historically been strong due to their complementary nature. While concerns for Canada’s economic future in the age of Trump are valid, the mutual benefit to both countries from stable trade is obvious. Increased prices for intermediary imports to the US will in turn hike up the prices of finished products, hurting consumption and aggregate demand. Ms. Freeland has released several statements reassuring proponents of NAFTA that the Agreement is “routinely modernised” to cope with changing political conditions. The fact that measures are being taken for smooth transitions into the next couple of years is a positive sign, but such efforts must continue.
Modification, rather than a complete scrap, would be the best scenario for Canada’s economy. Renegotiation would allow for management of any trade shocks that Canada might experience. It would also buy the time needed for the economy to adjust as other bilateral agreements are established beyond North America. If a trade war is judged to be a genuine possibility, Canada would have no choice but to protect strategic sectors. Ontario automakers and Saskatchewan food producers come to mind. Although there is little chance of US-Canadian relations deteriorating to such an extent, Canada’s export industry might find itself unintentionally harmed by Trump’s policies in other areas, a casualty of collateral damage. Such concerns call for close attention to any policy changes in the US: the ability to identify and manage problems will be one of Canada’s greatest challenges given the changing political and economic environment down south.