Where Do Refugees Stand in the Beirut Disaster?

The apocalyptic Beirut explosion will have long lasting consequences for the entire country. What does this mean for one of the largest refugee populations in the world? 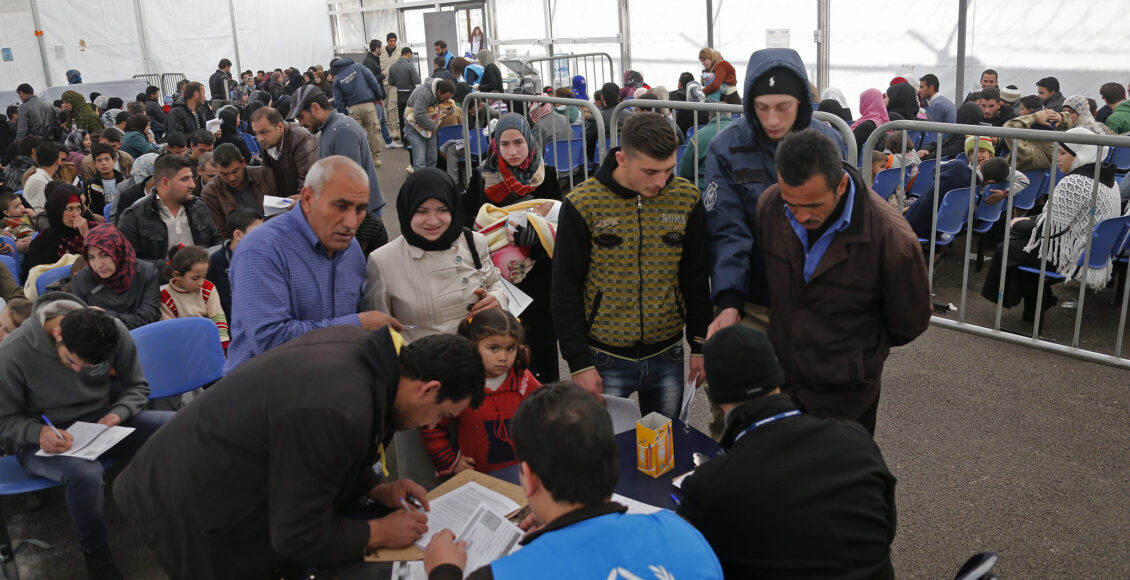 An application table at the UNHCR registable centre in Tripoli, Lebanon in 2014. Photo taken by Mohamed Azakir/World Bank and obtained via Flickr under a CC BY-NC-ND 2.0 license.
Share

Amongst some of the worst affected by the Beirut explosion of August 4 were refugees working at the docks and living in poor neighbourhoods surrounding the port. The blast was caused by the unsafe storage of roughly 2,750 tonnes of ammonium nitrate and resulted in the deaths of over 200 people — at least 89 of whom were refugees, according to the United Nations High Commissioner for Refugees (UNHCR) — and left more than 7,000 people injured. The true number of refugee victims may never be known, as an untold number are believed to be unregistered.

Lebanon was already dealing with immense challenges before both the pandemic and the explosion, including a major currency crisis and widespread government corruption. The disaster has now sent the country into an even deeper state of emergency. Although large scale anti-government protests have been ongoing since October 2019, the explosion was the catalyst that caused public anger to boil over entirely, with protesters clashing with security forces and climbing the barricades surrounding Parliament, seeking to storm the building. The widespread unrest ultimately resulted in the resignation of the entire parliamentary cabinet on August 10. The public is now demanding that the ruling elite be held responsible for allowing the highly explosive chemical to remain in the port for six years.

The port itself is a critical aspect of the country’s supply chain for food, medicine, and other goods. It is responsible for 60 per cent of the state’s overall imports and houses 85 per cent of Lebanon’s grain. Its destruction is even more detrimental in light of the country’s financial state, as prior to the explosion the currency crisis had already caused food prices to rise so much that grocery stores were struggling even to purchase items to stock their shelves. Lebanon’s economy is largely service-based, and is heavily reliant on the import of goods. The currency crisis has made such high levels of imports (typically purchased in USD) impossible to maintain, which has resulted in significant shortages of basic goods like pasta and diapers.

As a state hosting one of the largest refugee populations in the world, this now-exacerbated crisis presents another significant threat to the approximately 1.5 million Syrian and Palestinian refugees who have fled to Lebanon. While the economic meltdown has been affecting everyone in the country, the refugee population is particularly vulnerable. A UN survey carried out in 2019 found that 78 per cent of Syrian refugees in Lebanon were living under the poverty line, compared to 28 per cent of non-refugee residents. In March, the International Rescue Committee (IRC) estimated that 90 per cent of Syrian refugees are in need of food assistance. Additionally, poor sanitation continues to be a major issue for those living in make-shift refugee camps; an estimated one million people live in settlements that often lack running water and/or electricity.

The destruction of the country’s capital and main economic hub will only exacerbate these already critical levels of poverty and food insecurity. Some refugee families that had previously been able to support themselves financially now see no other option but to ask for help. According to the Union of Relief and Development Associations (URDA), a Lebanese NGO, at least 100 Syrian families have been “severely impacted” and are in need of “everything from food and medicine to home rehabilitation.”

In the aftermath of the explosion, COVID-19 cases have also surged both within Beirut generally and within refugee camps themselves, where eight deaths have now been confirmed. The state imposed a two-week lockdown in August in order to curb the rising number of cases. Despite these hardships, some families in the camps have offered to make room for friends who lost their homes in the explosion, as an estimated 300,000 people are now displaced — their homes damaged or completely destroyed.

The future for the region’s refugees is made even more uncertain by the geopolitical realities of the area. Specifically, a new offensive by Assad’s troops in Syria’s Idlib province seems to be looming, as tensions threaten to boil over once again. The province is currently the last rebel-held territory in Syria, and the current six-month lull in fighting appears to be coming to an end, as Russian airstrikes prompted hundreds of Turkish convoys to enter the outskirts of Idlib. Nearly a million Syrians have been forced to flee Idlib since December 2019 alone, and a new period of active warfare could lead to further displacement, which surrounding states would realistically have much more difficulty absorbing in the context of the pandemic. For Lebanon, welcoming more refugees is presumably infeasible in the aftermath of the explosion and its socio-political consequences.

Even prior to the explosion, Lebanon’s population was already being “robbed of basic rights every day while politicians squabble,” according to Aya Majzoub, a researcher at Human Rights Watch (HRW). Just the day before the explosion, HRW submitted a report to the United Nations Human Rights Council (UNHRC) detailing the government’s failure to provide certain necessities amidst the ongoing economic crisis, a reality against which citizens have been protesting since last year. The HRW report criticized the Lebanese government for failing to keep its medical facilities afloat, ultimately resulting in a failing health care system that was “endangering health” even before the pandemic. In the aftermath of the explosion, Lebanese health minister Hamad Hasan said that hospitals are experiencing an “acute shortage of everything” at this time. Combined with the already unsanitary conditions in refugee camps and rising COVID-19 cases since the explosion, Lebanon is simply not prepared to provide aid to thousands more refugees in the case of a resumed Syrian offensive in Idlib and the resulting displacement it would inevitably cause.

Amidst these worsening conditions, several international actors, including various states, humanitarian aid organizations, and international coalitions, are working to help the hundreds of thousands of people affected. Many organizations have deployed members to Beirut, are working to provide economic assistance to displaced families, and are distributing essential goods such as medical equipment, food, and construction materials. While the focus of their efforts will at some point turn to more political and economic matters, the immediate humanitarian needs remain the most pressing in Beirut, both for refugees and for the entire population.

As the Lebanese parliament remains in shambles, popular protests have continued despite a COVID-19 lockdown, and humanitarian needs have skyrocketed to increasingly critical levels. With Syrian refugees making up an estimated 30 per cent of Lebanon’s population, their fates remain inextricably linked as Beirut attempts to emerge from this disaster.