Where Does Fracking Fit in Biden’s Big Tent Campaign? 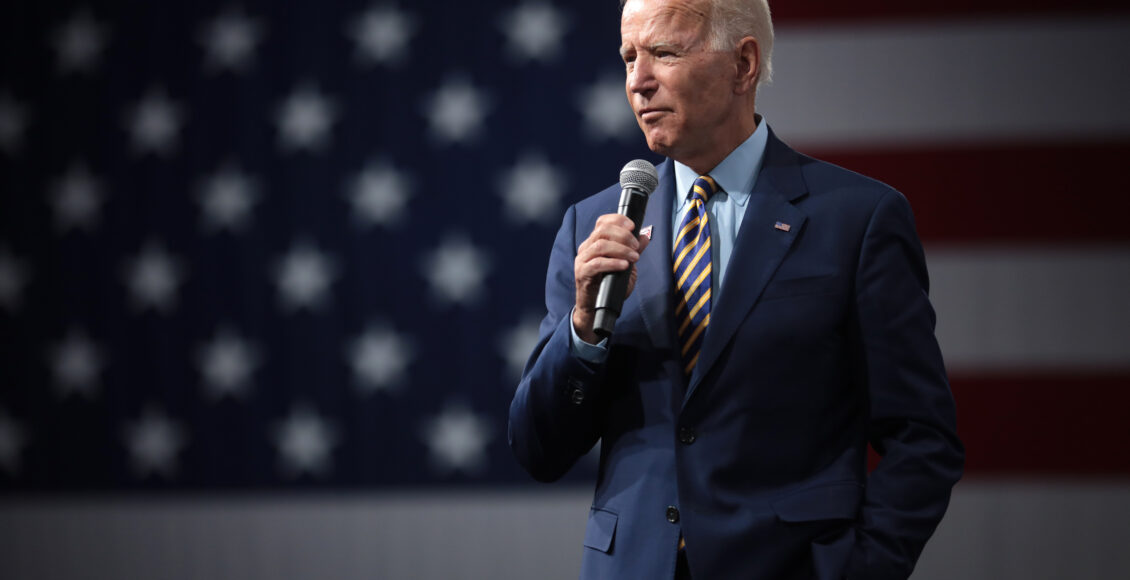 With the 2020 United States presidential election less than one month away, voters and pundits alike are paying attention to the issues that could determine a Joe Biden or Donald Trump victory. One of these concerns is the candidates’ stance on fracking — a technique of high-pressure drilling used to extract oil and gas. Although fracking has occurred in the US since the 1940s, its usage in conjunction with horizontal drilling since the early 2000s has enabled the revitalization of oil and gas production in states such as Texas, Pennsylvania, and Ohio.

Fracking is a hotly debated topic even beyond presidential campaigns — while fracking supports 1.7 million jobs in the US and has reduced the nation’s reliance on fossil fuel imports, the technique also poses environmental hazards. Fracking development is detrimental to air and water quality in surrounding areas, while also contributing to America’s dependence on fossil fuels. As part of the fight against climate change, states such as New York and Maryland have banned fracking outright.

Fracking has been a salient issue throughout the presidential campaign. While Biden’s platform outlines a ban on new fracking on federal land, existing projects would be allowed to continue, and Biden has proposed no restrictions for privately-owned land. Compared to Trump, who has bolstered fracking development during his presidency, Biden has taken a middle-of-the-road stance on the issue — while not supporting a complete fracking ban, Biden has advocated for a transition to renewable energy sources. With fracking being economically important in battleground states like Pennsylvania and Ohio, Biden’s moderate stance on fracking may not only determine the outcome of the election, but may also be a reflection of tensions underpinning the broad coalitions Biden has cultivated throughout his campaign.

Biden’s middle-of-the-road stance on fracking was a point of contention during the Democratic primaries, with Biden enduring several attacks from progressive Democrats. Bernie Sanders, Elizabeth Warren, and even Biden’s vice-president pick Kamala Harris all stated they would ban fracking during their presidential campaigns. Sanders notably clashed with Biden during the March 15 Democratic primary debate over whether Biden’s proposal truly reflected a desire to end fracking as quickly as possible. During this exchange, Biden misspoke and said “no more — no new fracking,” despite his actual policy proposals only mentioning a ban on federal land. Although the Biden campaign clarified his remarks that same night, the Trump campaign has exploited these comments in various advertisements, claiming Biden would enact a complete fracking ban.

Joe Biden wants to get rid of American energy production and take millions of cars off the road.

He says he will sacrifice blue-collar jobs, ban drilling on federal land, ban offshore drilling, ban fracking, and ban coal plants – all in pursuit of the socialist #GreenNewDeal. pic.twitter.com/Lps6vrvLVZ

Fracking is a clear point of attack for the Trump campaign as he seeks to retain the constituencies that drove his 2016 electoral victory. In 2016, Trump’s most crucial victories came in the Rust Belt states of Ohio, Pennsylvania, and Wisconsin. Although Republicans typically do well in these states’ rural areas, Trump unexpectedly won victories in small towns and cities while also driving up rural voting in the region. Trump’s “America First” rhetoric loudly resonated with working-class voters who saw the decline of the industrial midwestern economy as a result of the outsourcing of jobs overseas. The growth of fracking development in the 21st century brought economic renewal to a region still recovering from the weakening of its traditional manufacturing industries. Although Biden does not advocate for a fracking ban, the perception that Biden could potentially move away from fossil fuels in the long-term is a key concern for voters in states such as Pennsylvania.

Although there has been much discussion concerning whether or not Biden adequately appeals to progressive Democrats, the focus on fracking in both candidates’ platforms points to the fact that victory in the 2020 election will likely depend on white blue-collar workers. While Trump’s popularity with white, non-college educated voters may have won him the 2016 election, Biden has made inroads with this demographic, cultivating close ties to a number of key unions in the Rust Belt. Whoever wins the Rust Belt will likely win the election, as it has been historically difficult for either party to amass 270 electoral votes without these states.

Biden’s stance on fracking reflects his larger characterization as a moderate Democrat. Biden’s nuanced position on policy issues — such as his support for a public healthcare option rather than a more comprehensive Medicare-for-all plan — could potentially alienate both progressives and conservatives. Yet, Biden has seemingly united members of the Democratic Party behind him since becoming the presumptive Democratic nominee in March. Additionally, Biden has effectively reached out to anti-Trump Republicans, with a number of high profile Republicans endorsing him for president. Biden’s ability to build diverse coalitions was highlighted during the 2020 Democratic National Convention, with figures across the political spectrum — such as Bernie Sanders and former Governor John Kasich (R-OH) — pledging their support for Biden.

Since securing the presidential nominee, Biden has moved left on key policy issues while still appearing to be moderate. He has put forth a progressive proposal to address climate change, based on the recommendations put forth by a joint Biden-Bernie task force led by John Kerry and Alexandria Ocasio-Cortez, co-author of the Green New Deal resolution. It should come as no surprise then, that Biden’s climate plan adopts progressive elements from the Green New Deal, even if it does not explicitly mention fracking.

At the same time, Biden has successfully balanced his leftward shift by reaching out to blue-collar voters, who tend to be more socially and economically conservative. Biden has adopted economic nationalist rhetoric during speeches in Rust Belt states, reiterating his commitment to invest in American industry. While Biden’s pledge to “Buy American” seems less brash than Trump’s commitment to put “America First,” fundamentally, both are trying to appeal to the economic interests of blue-collar workers. Although Biden’s lengthy political career has prompted critics to deride him as an “establishment Democrat,” Biden has emphasized his family’s history of lower class Irish Catholics, characterizing himself as a “state-school president” that grew up working class.

When we spend taxpayer money, we should use it to buy American products & support American jobs.

But under Trump, the rate of federal contractors offshoring jobs more than doubled. It's unacceptable.

Biden’s campaign promise to “Buy American” is an appeal to white blue-collar voters — a demographic that overwhelmingly voted for Trump in 2016. Via Twitter.

Biden’s strategy of building a broad coalition of both progressive and moderate Democrats to back his campaign appears to be working so far — despite the many uncertainties underpinning this election, at the time of writing, Biden leads Trump by a ten point margin nation-wide. Although Democrats have coalesced around Biden in a way they failed to do for Hillary Clinton in 2016, it remains unclear if Biden can truly have it both ways as the potential next president of the United States. In 2008, Barack Obama ran a highly idealistic campaign that mobilized a diverse coalition of voters. However, as vice-president during the Obama administration, Biden is well-aware of the difficulties Obama had in building support in Congress and the Senate to pass legislation. While Biden’s willingness to work with his former political opponents may be an indicator of increased bipartisanship and cooperation in a potential Biden administration, his tendency to “flip-flop” on key policy issues also conveys a lack of ideological sincerity and conviction.

Biden’s tendency to straddle the fence on important policy issues will also have long-term implications for the global fight against climate change. While Biden’s nuanced take on fracking may win him the votes necessary to win the presidency, the absence of an effective plan to address climate change could result in more extreme weather and food insecurity for Americans in the long run. As Biden perfects his delicate balance between moderate and progressive, the underlying tension between electability and effective climate solutions may prove to be an even more difficult balancing act to achieve in the future.