Where The Real War On Terror Lies 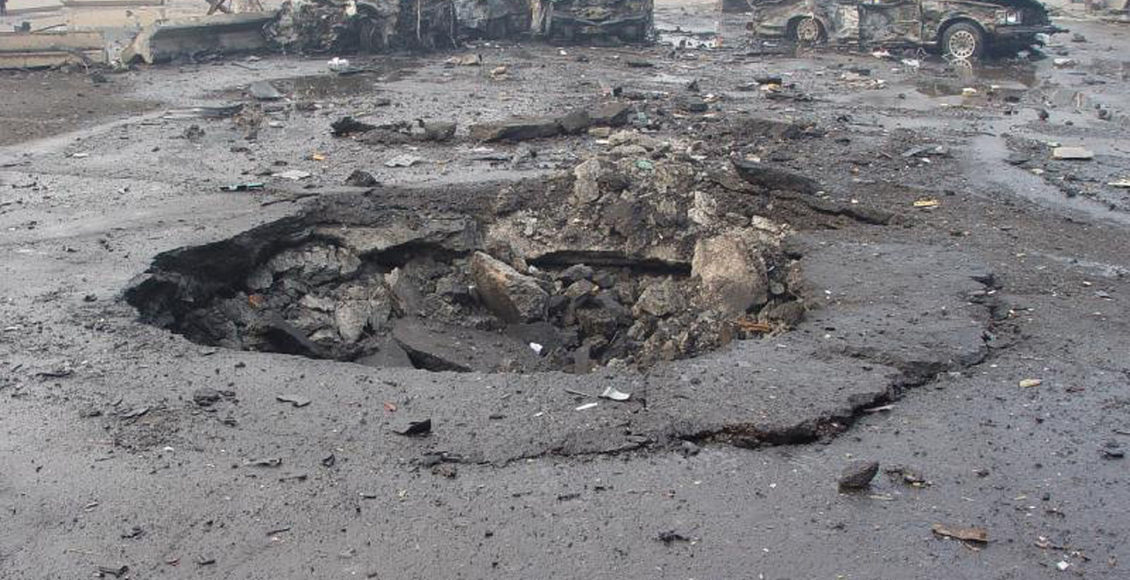 The world of terror is full of competition. Since a simple news search of “the war on terror” yields limited results, one could almost believe that the threat of Islamist terror is a thing of the past. Have ISIS and al-Qaeda really been decimated? Or have they merely recalibrated to establish regional dominance? The Western media’s fixation with terror threats to westerners overlooks important in-fighting that reveals much about the functioning of these organizations. The real battle isn’t against the West, at least for now. It’s actually a battle for hegemony in the region.

Despite notorious Islamist militant groups’ recent setbacks, such as Islamic State’s (ISIS) significant loss of their once 88,000 sq km territory in Syria and Iraq, and al-Qaeda’s loss of Hamza Bin laden, the likely heir to the organization, they do remain persistent threats. With 139 attacks executed by ISIS in Iraq in 2019 alone, and nearly 500 local attacks executed by east African al-Qaeda affiliate al-Shabab since 2017,  it appears that the “Declaration of War Against the Americans” has taken a back seat in the face of regional competition.

Understanding the competition for the “Caliphate” requires a basic understanding of the foundations of ISIS and al-Qaeda. Osama Bin Laden and Ayman al-Zawahiri, founders of the Sunni Islamist group al-Qaeda, intended for al-Qaeda to span a large geographic territory with each branch of the institution serving as an autonomous cell. These cells were to foster the messages and intentions of global jihad through al-Qaeda’s philosophies and strategies.  Bin Laden’s ultimate goal was the establishment of a caliphate, yet he was playing what some scholars deem a “long game.” Bin Laden viewed terrorism as “prologue to a caliphate” and did not expect his goal to come to fruition during his lifetime. Comparatively, ISIS’ trajectory of global jihad was the opposite. Founder, Abu Musab al-Zarqawi, sought to first establish a Caliphate, then execute terror spectacles targeted at the United States and its allies.  He instituted a “top-down structure of rule” in which all their fighters were consolidated in the area they declared as their Caliphate in Syria and Iraq. While the organizations differ in their organizational structure, their end goals are the same. Both groups follow Salafism, an extremist interpretation of Islam yearning for a theocratic society functioning with strict religious governance.

ISIS, however, was not always the Islamic State of Iraq and Syria. The organization began as the Iraqi branch of al-Qaeda and their split catalyzed their violent and ongoing battle for extremist supremacy.  Iraqi jihadist groups proliferated out of the 2003 US invasion in Iraq. Abu Musab al-Zarqawi, the face of the new movement, received financing from Bin Laden and his organization, yet refused to pledge loyalty. Despite sharing most of Bin Laden’s goals, Zarqawi wanted to remain independent. Still, Zarqawi and his followers took on the name Al Qaeda of Iraq (AQI) in 2004. AQI’s calls for independence from al-Qaeda planted seeds for the tension between the two groups. Immediately, AQI and al-Qaeda were entrenched in disagreement. The group that would become ISIS was more violent than Al-Qaeda and had a broader conception of which Muslims (in addition to non-Muslims) they saw as targets. These discrepancies eventually led to the groups’ split. When Abu Bakr al-Baghdadi obtained control of AQI 2010, he officially transformed the organization to what we now know as ISIS. The remaining al-Qaeda loyalists created the al-Nusra front to advance al-Qaeda’s goals in Iraq and Syria. External factors fostered a fruitful battleground for al-Qaeda and ISIS, such as the Syrian Civil War, and Iraq’s new Shi’a government.

While al-Qaeda saw al-Nusra as a positive contribution to the extremist movement, ISIS feared that al-Nusra had gone “native” and was too independent from its original AQI leadership. Here, we see Baghdadi’s fears of losing control of his new and fragile organization to al-Qaeda’s long-established legitimacy. In his attempt to further solidify his organization, he declared authority over al-Nusra on the basis of his historical ties to AQI. Subsequently, al-Nusra’s leader pledged allegiance to Zawahiri as a method to retain independence. As a result, armed conflict ensued with casualties from both groups. Another instance of disagreement between al-Qaeda and ISIS became evident as each used al-Nusra as a scapegoat. While at face value their disagreement was over the control of al-Nusra, it really was a manifestation of the two groups longing to prove their domination over one another. Al-Nusra became a vehicle for al-Qaeda to assert a ‘what we say goes’ mentality, and vice versa. Officially, al-Nusra was an al-Qaeda affiliate serving as one of the organization’s autonomous cells, but in 2016 they declared themselves independent.

ISIS shocked the world as it grew incredibly successful seizing Iraqi cities like Mosul and Tikrit along with fruitful oil resources. In a matter of a few years, Baghdadi transitioned from a pure annoyance to Zawahiri with minimally impactful discrepancies, to a legitimate threat to the al-Qaeda organization and its reputation as the “vanguard” of Islamist extremism.

The United States was and is so desperate to defeat ISIS that they would accept any help offered to them. On a number of instances, ‘help’ came from the very organization which prompted them to launch this war on terror in the first place: Al-Qaeda. As ISIS rose in influence and took on more brutal endeavours, al-Qaeda and the West shared the urge to defeat them. Al-Qaeda members have demanded that ISIS release western aid workers that were on the verge of execution. They would argue that western citizens captured by ISIS, were innocent people risking their lives to assist suffering Muslims in Syria and that “executing them was wrong under Islamic law.” The narrative that the war on terror propels us to believe is that the West is a collective enemy for al-Qaeda and ISIS. However, seeing al-Qaeda behave in a manner that would benefit the West infuriated ISIS. Al-Qaeda’s intentions in this situation were clearly rooted in ridding the Levant of ISIS in order to create an environment in which al-Qaeda has a monopoly over global “jihad”.

Al-Qaeda and ISIS use their targets, whether it be the West or their local populations, as mere platforms to demonstrate to one another who will hold the title of extending global jihad and establishing a “Caliphate” under their name. Yet, the war on terror narrative provides a framework in which the West is the dominant, if not only, target. While the United States remains a target, is it reasonable to assume that the nation no longer occupies centre stage in this war?  Does the lack of Islamist terror on US soil enable us to forget the persistent threats these groups exude on their local populations? By ignoring the ongoing struggle in the Middle East, are we adopting a false sense of security, and failing to understand the ever-evolving strategy of extremist groups? Despite the lack of outright attack on the West, these terrorist organizations still do strategize. They still do have targets. They have merely recalibrated their targets to focus on their political equals, while their primary victims are the civilians navigating the local turmoil associated with this desperation for dominance. Only one group can emerge as a potential caliphate, and ISIS and al-Qaeda are fighting for the title.