Who are We Without EU? 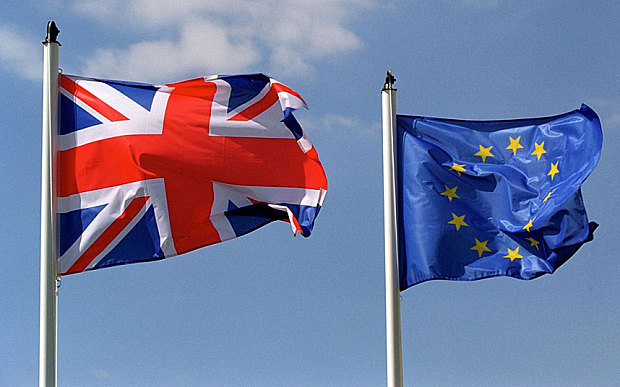 March 29th marked the start of the one year countdown to Brexit day, when the United Kingdom is set to begin to withdraw from the European Union. The outcome of the referendum in 2016 was certainly unexpected, with many still struggling to comprehend the result. On the surface, Brexit is rather easy to understand; the UK is leaving the EU. However, beyond that it is very difficult, if not impossible, to determine what Brexit truly implicates. There are countless unanswered questions about what this exit necessitates, and how it will come to bear on individuals both within and outside the UK. The inability to answer questions in regard to the implications of Brexit is indicative of a far more long standing struggle with identity that has been avoided in the past, but now must be faced head on. Political relationships will be tested, and trade networks disrupted, but the greatest challenge for the UK will be the internal process of self-definition.

The UK has long defined itself exogenously, determining what it is not, but never truly establishing what it is. There has always been some entity or event that the British people could employ to form and assert who they were. In the 17th and 18th centuries, the UK, or at least its constituent parts, utilised its conflict with France to do so. With an intense rivalry against a singular, easily identifiable enemy it was easy to declare what it was. The entirety of that conflict, the years of war that reigned, could be justified as the righteous fight for Protestantism against sinister Catholicism. The British people were not French, therefore they were not Catholic, resulting in a deeply ingrained Protestant identity that continues to exist to this day.

The peak in the expansion of empire during the 19th century was yet another means by which the British could avoid questions of identity, and escape the challenge of constructing an identity for themselves. Those they conquered were deemed barbaric and uncivilized, making them proper and civilized as result. It was once again a process of identity formation by contrast, requiring an external entity to define itself against. A sense of superiority was established due to dominance over others, rather than for any inherent quality or feature the UK itself possessed. Empire served as a foundation on which national identity and pride could be built and sustained.

Along with imperialism came commercial supremacy. As the unchallenged leader in trade and production, its position of dominance was further reinforced. This role was yet another way for the UK to make claims about what it was, entirely based upon its relation to others.

The process of building an identity in this way was continued in the 20th century with the advent of World War I in 1914 and World War Two in 1939. Just as with the early wars with France, these events provided an easily distinguishable enemy, by which the UK could define itself against. The UK could promote itself as the core of the allied war effort, opposed to fascism, bent on bringing justice and stability to Europe. It was easy to see what it stood for by looking at what it stood against. The UK’s place in the world, role in the international community, and values it championed were all shaped by the forces and ideology it opposed.

Identity was always contextual, and relative to fleeting factors: enemies disappear, Empire breaks down, economic supremacy fades, and wars end. The problem with defining itself utilising those factors was that identity was never a permanent state of being, and has been in constant flux. The UK was a beneficiary of circumstance and good fortune, as throughout time it was lucky enough to continue to have opportunities come along by which it could rebuild its identity; the most recent being the European Union. The EU was another means by which the UK could understand its place in the world, as it gave it purpose, substance, and a label which granted and confirmed certain characteristics.

After the wars ended, the EU was a way to maintain the prestige and leadership position it had attained, as well as reaffirm its devotion to the causes and values that had been championed in the war effort: respect for human dignity, freedom, democracy, equality, the rule of law and respect for human rights.  In becoming a founding member of the EU, a sense of predictability and certainty was established in respect to expectations regarding the UK’s behaviour and beliefs. Once again, the qualities the UK took on were not of its own making, but derived from an external source, therefore rooting its identity within something other than itself. With the vote to leave in 2016, this cornerstone of its identity was lost, and there has not been another opportunity for the UK to reestablish its sense of self thus far.

Identity is one of the biggest concerns for Dr. Nick Wright, a political science professor at University College London. He found that one of the biggest problems with the EU was that people largely did not understand what it was. This inability to understand was not due to insufficient intelligence, but rather a faultless ignorance from the lack of exposure and introduction to information. He put it simply; people were not taught about it in school. The inner-workings of the EU were not common knowledge. Regardless of the origin of this knowledge gap, the result was that in voting to leave many did not truly realise what they were leaving. Many believed they were voting to return to a golden age, to bring about a revival of British greatness, only to find that this golden age never really existed because British greatness had never been uniquely theirs. It had always been hinged on other entities that are now lost in time. The otherness that had allowed a sense of superiority to exist is gone. They had not realized how important the EU was to who they were, to what the UK was. Only after beginning to leave did this become clear.

Dr. Wright sees the situation the UK faces as an identity crisis where it is struggling to establish its place on the international stage. After a long-lasting dependence on an ever-changing “other” for self-realisation, the UK is left to itself and finds that it does not quite understand what it is and where to go from here. This is clear to see in the contradictory policy actions taken since the referendum. On January 19 2017, in Prime Minister Theresa May’s speech to the World Economic Forum, she declared, “the United Kingdom – a country that has so often been at the forefront of economic and social change – will step up to a new leadership role as the strongest and most forceful advocate for business, free markets and free trade anywhere in the world.” However, by intending to leave the single market, it appears as if the UK has abandoned free trade. Without something to base its identity upon, the UK struggles to clearly establish where it stands on issues like free trade. It is difficult for the UK to take a stance without something to dictate what that stance should be.  Everything that could simply be assumed about the UK before can now be cast into doubt.

Without EU membership it must find other ways to prove devotion and commitment to the ideals that EU membership automatically grants, that is, if it even still supports those values. This does not just apply to free trade, but respect for human rights, stance on refugees, involvement in regional conflicts, and so much more. This sends a shaky, therefore troubling, signal to other actors, resulting in their reluctance to interact with the UK. They do not want to be involved with an unpredictable state that could potentially interfere with their affairs by fluctuating between the status quo and deviations from it. This is a major blow to the UK’s position as a negotiator, mediator, and authority figure. Avoidance on the part of state actors is even more dangerous than opposition because it has great potential to lead to irrelevance. It is vital that the UK forms its own respective identity, in order to ameliorate the situation before it becomes irreversible.

Brexit will be something undergone collectively, but experienced individually. Therefore, the formation of a robust identity will come down to a process of individual self-discovery. People must figure out who they are in order for the UK to assert what it is. In this formative time, the UK is exceedingly impressionable, which makes the varied perceptions and opinions of UK citizens in relation to the ongoing Brexit proceedings of the utmost importance to analyse. If people are afraid of the world outside their borders, then the UK will resort to isolationism and protectionism, backing away from being an international leader. If EU nationals decide to leave the UK, then there is potential for brain drain, demographic changes, and shifting population numbers. Alternatively, if people desire to continue to collaborate internationally, or if EU nationals do not have the impetus to leave, then the UK will have a much different reputation on the world stage.

This is the reason why there is so much uncertainty over how Brexit will play out. Its effects are entirely dependent on the identity that the UK comes to form once the smoke clears, which is something that has yet to happen and is still underway. However, in focusing on individuals, this process of identity formation can be viewed in real time, making it possible to evoke a sense of what to expect after Brexit as it occurs. This is why I intend to set out to explore various perspectives on Brexit. The exchange student from the United States, the UK university professor, the first-time mother, the newly licensed lawyer, the expatriate- they are all of the utmost importance because they are all parts of what will be a final product with a great deal of impact. They will each experience Brexit in their own way, and what they come to believe as well as how they come to see the world and their place in it, will heavily influence how the UK emerges in the aftermath. In speaking with them I hope to gain a sense of where the UK is headed in the coming weeks, months, and years because, in a time of unparalleled uncertainty, it will be the best means of prediction we have.