Who Cares About Peace in Afghanistan? 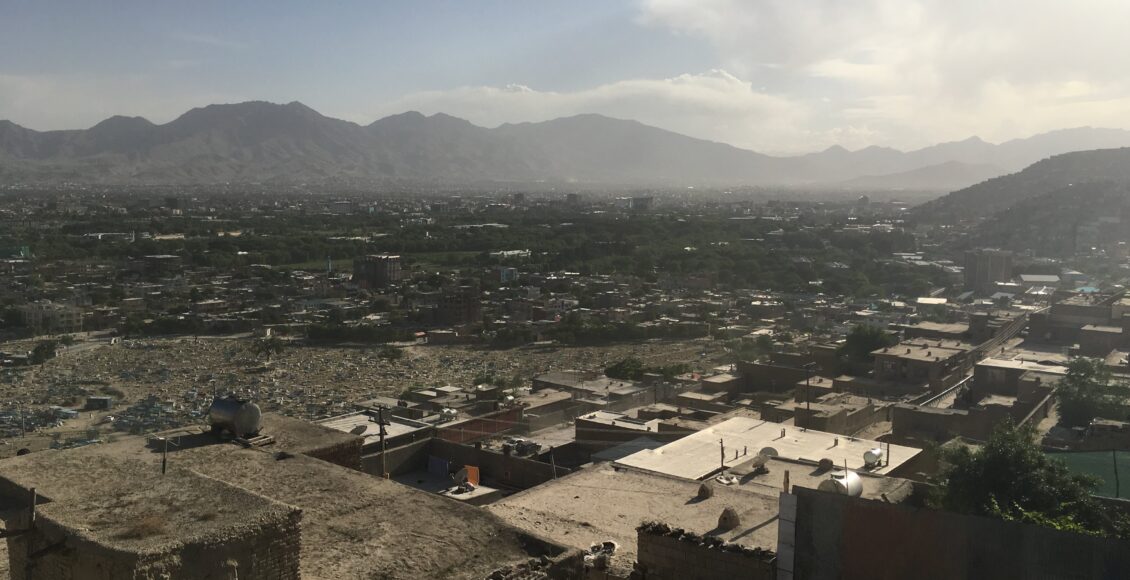 After decades of war, peace may be in sight for Afghanistan as the Afghan government and the Taliban continue talks to establish a pathway to harmonious governance. While the peace process began in 2020, preliminary meetings were centred around laying the groundwork for the talks, so the demands of either side are mostly unknown. Consequently, Afghanistan’s future remains unclear due to the lack of incentives for both the Afghan government and the Taliban to push for peace.

The Taliban’s position has changed dramatically since their temporary defeat by US forces in 2001, and largely in their favour. The Taliban currently controls approximately 65 per cent of the country and has won informal international legitimacy through direct negotiations with the United Nations. Furthermore, they succeeded in signing an agreement with the United States, obligating American forces to leave Afghanistan by May 2021 so long as the Taliban pledge not to engage in international terrorism; in short, “the Taliban promised to behave, and the Americans promised to leave.” They are poised to become a legitimate source of governance in Afghanistan, despite a decades-long conflict with NATO to allegedly prevent exactly that. Throughout the peace talks, Taliban representatives may demand autonomy from the Afghan government for the regions they control, asserting that theirs is the sole legitimate law in those areas. However, their capability and willingness to govern are uncertain.

“What do the Taliban want?” asks Andrew Potter, an associate professor at the Max Bell School of Public Policy and former Editor-in-Chief of the Ottawa Citizen. Potter also taught a class at McGill University about Canada’s involvement in the Second Afghan War. “They want legitimacy, recognition. Government was not necessarily ever a priority.”

On the other side, the Afghan government cares deeply about their right to governance: it has been a source of internal conflict since the 2019 Afghan elections, when both Abdullah Abdullah and Ashraf Ghani declared themselves President.

“The one thing [Abdullah and Ghani] have in common is that neither of them have any interest in peace with the Taliban, because all that does is raise questions about their own right to government,” explains Potter. By negotiating governmental jurisdictions with the Taliban, Abdullah, Ghani, and the Afghan government lose their status as the sole source of governance in Afghanistan. If the Taliban demand regional sovereignty in exchange for peace, ending the violence will come at the cost of the Afghan government’s singular legitimacy.

However, if the Taliban push for their right to govern, the Afghan government will be able to demand concessions on their rule of law, particularly regarding the treatment of women. This would garner favour among the international community for the Afghan government, and lend it international recognition as a suitable source of governance in Afghanistan despite holding only 35 per cent of the territory. The Taliban’s treatment of women has elicited international condemnation and inspired fear among the Afghan population since the 1990s, yet they have remained largely consistent in their oppression of and violence towards women. As Potter explains, “to see how serious the Taliban are [about governance], we need to see their approach to women.”

The answer  — nobody, it would seem, except regular Afghans — is unfortunate. The withdrawal of American troops has ensured that there are no enforcement mechanisms to ensure domestic stability, and that the other members of NATO no longer have any obligation with regard to Afghanistan. Furthermore, while the UN has “reaffirmed their commitment to Afghanistan” at the 75th session of the General Assembly in December 2020, this declaration is largely symbolic with few actionable items. Donations from the international community will barely keep the country running, leaving it with few prospects for further development. It appears that the international community has indicated its acceptance of the status quo in Afghanistan and chosen to be willfully ignorant of what comes next, a decision that only serves to further disadvantage Afghans.

Conditions for those living in Afghanistan have deteriorated, despite moves for peace. Afghans are consistently caught in the crosshairs of conflict, as evidenced by the over 100,000 civilian casualties of the past 11 years. Despite peace talks, unattributed civilian attacks continue, primarily targeting public servants, such as lawyers and doctors. Before the pandemic, the UN estimated that at least 9.4 million Afghans are in dire need of humanitarian assistance; this number likely rose once COVID-19 hit, as the country’s already-weak healthcare system sits on the verge of collapse. The pandemic has also exacerbated an ongoing famine, wherein over 40 per cent of children under five are acutely malnourished. Furthermore, communities across Afghanistan are yet to recover from the 2018-2019 drought that heavily impacted western provinces, and the decades of occupation by forces without their interests in mind. The Taliban use inhabitants of border villages to traffic opium while caring little for the risk shouldered by the villagers. US forces are also guilty of exploiting Afghans for their own gain by seizing farmland to build military bases, and, upon withdrawing, transferring the land to Afghan security forces rather than its rightful owners.

The Afghan people lack a system through which they can advocate for themselves, and their governments appear unwilling to represent their interests. As Potter explains, “peace isn’t going to happen unless somebody else comes in to force it,” but nobody appears up to the task. However, according to the narrative pushed by world leaders post-2001, peace was the ultimate goal of the ongoing NATO mission in Afghanistan. How did it fail so miserably?

The Afghanistan Papers, leaked in December 2019 by the Washington Post, give a compelling answer to this question. The Papers tell a story of complete dysfunction and a disturbing lack of intelligence throughout the mission to rebuild Afghanistan. The Bush administration had aimed to establish a strong central government from scratch, ignoring the decentralized and multicultural nature of Afghan society. Potter emphasizes this idea, stating that “all these groups only stay together because they don’t want to be subsumed under a different power.” Within just six months, it became clear that such national stability was going to be harder to achieve than initially anticipated by the Bush administration. The US went on to invest $133 billion USD in a misguided attempt at “nation-building,” consisting of sporadic construction of schools and bridges, and contributing little to security or the needs of Afghans. Eventually, US forces became preoccupied with the war in Iraq, leaving behind other NATO members to reconstruct the Afghan provinces. Many, such as Canada, were woefully unequipped to do so. For example, Canada was responsible for the reconstruction of Kandahar, one of the most volatile provinces in Afghanistan, yet it can barely provide clean water to its own Indigenous residents.

The failure to build Afghanistan “into a modern nation” is no surprise considering the Bush administration’s original objectives. Their goal was to defeat Al Qaeda, an impossible feat without toppling the Taliban, and launch a global War on Terror. Few officials considered the reconstruction of Afghanistan, nor the potential implications of swiftly toppling a regime with no real alternative.

As the American and NATO-backed nation-building mission collapsed, the Taliban rebuilt themselves. A record opium harvest in 2004-2005 funded the organization, and they were able to regain some popular support by offering necessary security and governance to individual villages. The Taliban grew powerful as NATO grew tired, and are now essential actors in establishing peace and government in Afghanistan.

All things considered, the future of Afghanistan appears more uncertain than it did 20 years ago. If the Taliban and Afghan government somehow defy expectations and identify complementary objectives, their talks could yield stability. Sovereignty may have been all Afghanistan needed to bring itself out of war. However, aspiring Afghan governments and international actors will only achieve peace if they learn from the past by shedding their political aspirations and prioritizing Afghans.

Featured image courtesy and used with permission of Nighina Rahimi