Who Does Alexander the Great Belong To? | Part 2 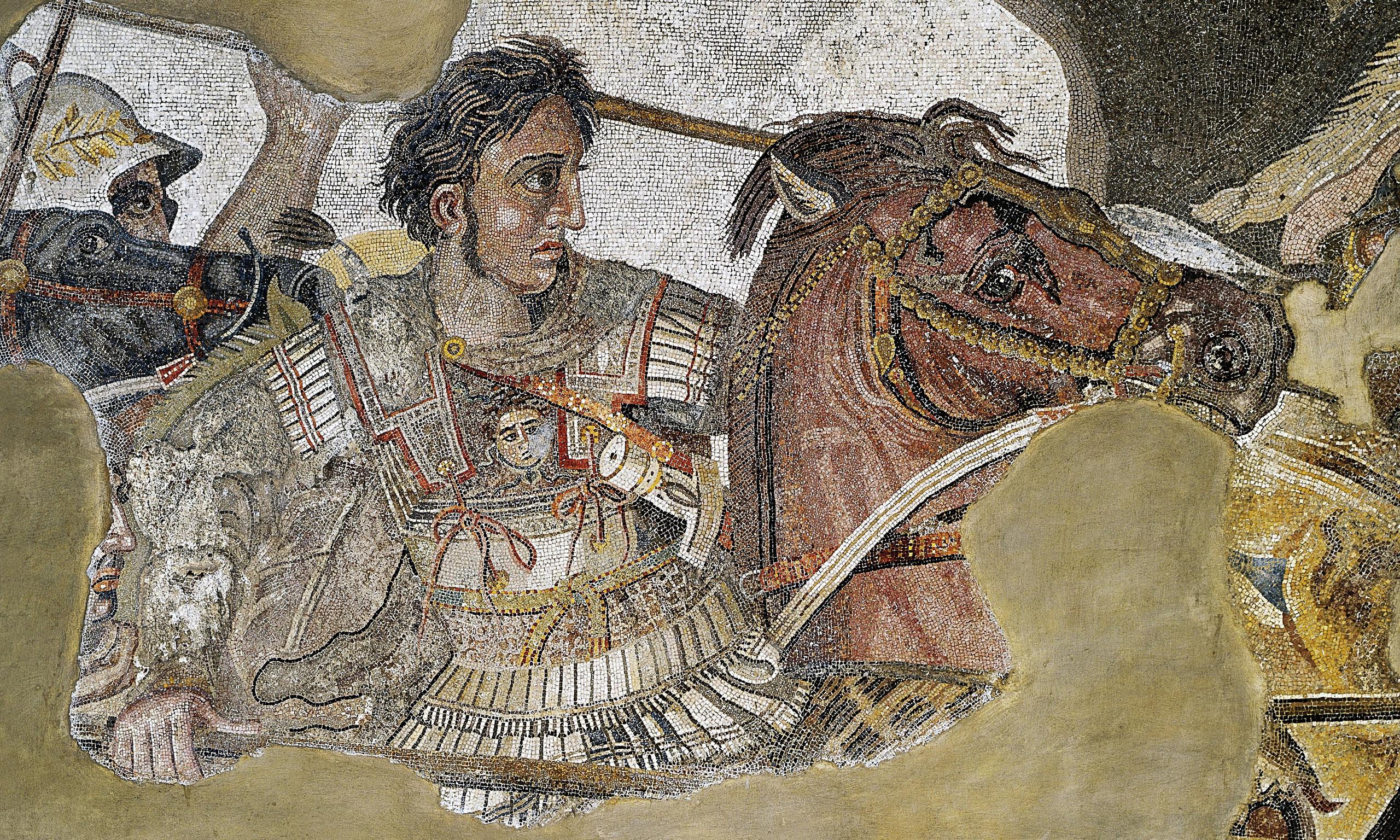 Editor’s Note: This article is the second of a two-part series on the naming dispute between the “Republic of Macedonia” and the “Hellenic Republic” In Part I, Archimandriti outlines the history and sources of conflict between the two states.

The Canadian Hellenic Congress (CHC) organized a rally on the 11th of March in Montreal. Dr. Thoedore Halatsis, its President, expressed the struggle of the Greek diaspora to make their voices heard internationally, as well as their vocal participation in trying to resolve the issue at hand.

MIR: Why did you decide to hold this rally?

Dr. Theodore Halatsis: We wanted to show the Canadian and the Greek governments our side of the argument. Starting in November 2017, the CHC held its annual convention across Canada with lectures on the Macedonian nation and a general assembly that decided to send a letter to Prime Minister Tsipras and Foreign Affairs minister Nikos Kotzias stating our demands opposing any name to be given to the northern country that contains any form of the word “Macedonia” and that any deviation from this would require a fair, democratic and binding plebiscite to hear the voices of the Hellenic people before any decision is made. We supported morally the endeavours of the rallies in Greece, so we wanted to know what we could do as Canadians to stand by our brothers and sisters! On February 12th we had an open meeting where we invited people from different organizations, communities, associations, and we said: we want to hear what the people here think. Each individual feels the same anxiety, and we heard what they wanted to say, and we decided, you know what? We won’t go to the Canadian Government, we’ll go to the Greek Consulate. We basically said we’re not going there to be angry, we’re going there because it’s a family location, we are going to express our worries to our Greek representative so that he can transmit it back to Greece.  It will be symbolic!

MIR: How do you believe rallies such as this, across various Greek societies in the world, and Greece, could help resolve the problem at hand?

Halatsis:  I think that it is a way to apply pressure to all the members of Greek Parliament and not solely to the Government. The message we want to convey through the rallies is that all members of Parliament have to put their parties to the side and vote as Hellenes after having listened to the wishes of the people. The name Macedonia belongs to the people and not to the politicians. They must listen to the people in Greece but also to the Greeks in the Diaspora even if they are not voting themselves. Greece is a small, poor country and the Diaspora is strongly unified in order to help the Mother Land. The taking of our name Macedonia, also implies the taking of our history, our culture, our heritage, and possibly our land in the future.

MIR: Historically, how prominent have the Greeks been in the greater region of Macedonia?

Halatsis: Obviously there a dominance of Greeks in Greece’s northern province of Macedonia. The northern country has a mixture in the area, language-wise and ethnic-group wise. So, what we have suggested as a neutral name to represent the region when we contacted PM Tsipras was the name ‘Central Balkan Democracy’, to appease the multi-cultural representation of the region. As opposed to the other names its universal. They never responded to us, even though there were a few groups that agreed with us!

MIR: Are you aware of any other rallies happening on the side of Macedonia? What do you think their significance will be?

Halatsis: I know that that there have been demonstrations. Some factions think that there should be no negotiation and that their government should put their feet down and name themselves “Macedonians”. I have not read the latest in the news. Obviously, I think its a scenario where both sides are trying to promote their point of view. I think we have to use historical and archaeological academics to prove our stand as Greece, to prove that Macedonia is Greek. There are a lot of academics, who are not Greek, that have supported the reality of Alexander the Great and Vergina, and such facts that support our position. I believe the ‘Skopjians’ have used a lot of παραπληροφόρηση [misinformation], in school education and propaganda. We sat back and said history is going to show the reality, and we haven’t fought as much as the other side has. However, I do not believe it is too late. We cannot give up our battle, our fight!

MIR: What are your personal reasons for not supporting the naming of the country as Macedonia?

Halatsis: My father basically has come from Kastoria in [Greek] Macedonia. I’ve been president of the Kastorian Society of Montreal for 5 years. I have grown up, as every other Greek, knowing that Alexander the Great was Greek and that he spread Greek civilisation in that area of the world at the time (356 BC to 323 BC). I am extremely proud of my Macedonian Greek descent. It is in my heart and soul that Macedonia is undeniably Greek. It pains me that some people are trying to take our name, our history, our culture and our heritage away from us. Because we’re are so proud of all of this, it is undeniable!

Just like Dr Halatasis mentioned, the “other side” is trying pressure their government to fight back and hold on to the name “Macedonia.” We Are Macedonia rallies have spread across FYROM diaspora communities, with strikingly similar slogans yet all still opposing the Greeks, such as “Distance may keep us apart but we stand united for Macedonia!” Much like the Greek’s deadlocked stance against any reference of “Macedonia” in the name of the northern country, radical ideologies can also be discerned from the north as well.

Professor Anastassios Anastassiadis, a history professor and chair of Modern Greek Studies at McGill University, spoke to MIR about the Macedonian issues from an academic point of view:

Professor Anastassios Anastassiadis:  First of all, we think in terms of ethnicities and nations but these are mostly modern terms. They are terms which are almost irrelevant for people from Antiquity and even the Middle Ages. What we call ‘ancient Greeks’ rarely called themselves Greeks; they identified to the city-state they belonged in. They were called ‘Greeks’ from outside because they spoke the same language in different dialects and shared a certain common culture. Similarly, until the late Roman Empire and its successor the Byzantine Empire, until the 15th century, people identified primarily to their religion, and eventually a political affiliation. But progressively, first in Western Europe since the wars of religion following the Reformation, religion stopped being the convenient primary identification criterion since the notion of ‘we are all Christians’ collapsed. The emerging modern states developed secular practices of identification; people started identifying as French, English etc.

In the 19th century, same phenomena occurred in the Ottoman Empire. There was an emergence of national movements that fought simultaneously against the Ottomans for independence, and against each other. In order to be successful, these movements had to accomplish two things: claim territories and build a modern territorial state; develop a notion of national identity and community.

MIR: Why is nationalism such as 19th-century phenomenon?

Anastassiadis: The rise of nationalism goes along with the rise of the notion of political representation for the people. Old, multiethnic empires and kingdoms seed the ground to new national states which profess a common cultural identification for all their citizens and claim territorial borders for them. And since the 19th century is the historical century par excellence, a successful nation has to build a historical narrative about itself.

MIR: And what would such a successful nation be?

Anastassiadis: Social scientists have long debated this issue, and national revolutionaries and states have long struggled with that. A nation can be seen as an imagined cultural community. It implies the development of literacy and education as practices of inculcating identities to people. In the process of affirming this historical status, it (re)invents traditions, chooses oblivion over memory, builds a national mythomoteur. The national narrative involves the notion of primacy, the idea of a mythical golden age, a moment of martyrdom.

MIR: How does that play in the Greek-Macedonian question?

Anastassiadis: For early 19th century Greeks, the golden age was that of Classical Antiquity, i.e. the 5th and 4th centuries BCE. This played well with the European enlightenment vision of Greek Classical Antiquity as the cradle of European civilization and democracy. The Macedonian kingdom was not seen as part of the Greek golden age because it destroyed the ancient Greek city-states. But as the 19th-century Greek state was seeking to expand northwards and eastwards in order to include Ottoman territories with Greek-speaking populations, the Ancient Macedonian kingdom came to play an important role in its national narrative. Afterall, Alexander the Great symbolized the political unification of all the Greek entities that had been divided until then and their expansion eastwards against the Persian Empire. More recently, on the part of the Republic of Macedonia, we observe similar developments, looking for Golden Age either with Alexander the Great or with the Bulgarian Tsars in the Middle Ages. The complexity arises from the fact that we have an established national narrative (the Greek one) being challenged in the second half of the 20th century by a newcomer (the Macedonians). This debate between competing for national narratives and their mobilizations of history may sound anachronistic to some, but it is not very different from what has happened and what is still happening all over the world.

MIR: Where do you see the debate going from here?

Anastassiadis: The debates and negotiations between the two states would have to focus on the future and not on the past. Bot states, and especially Greece, have to strive for geopolitical stability in a region such as the Balkans and the Eastern Mediterranean, where other tensions are still present. They have more to gain through being good neighbours and respecting territorial borders, than through fighting over history. The example of Greece and Bulgaria is there to prove it! For most of the 19th and 20th centuries, Greek and Bulgarian nationalists fought bitter and bloody battles against each other. Today both countries live in peaceful coexistence as members of the EU. The process requested compromises and also lots of forgetting about the battles fought n the past. In a sense, it shows the path to follow in the Greek-Macedonian dispute as well.

Professor Anastassiadis thus helps give an alternative perspective on the Macedonia naming dispute. What is seen are two countries, both proud of the history that was born in the land two very distinct populations now inhabit. The dispute is one of national sentiment, tied to a struggle to claim an ambiguous piece of history.

Despite its present deadlocked situation, this debate will only find a resolution through the cooperation of the people of the general region of Macedonia as a whole.

Artemis is a U3 student, currently pursuing a major in Political Science, and minors in Philosophy and Russian. She specializes in international cultural and social affairs.