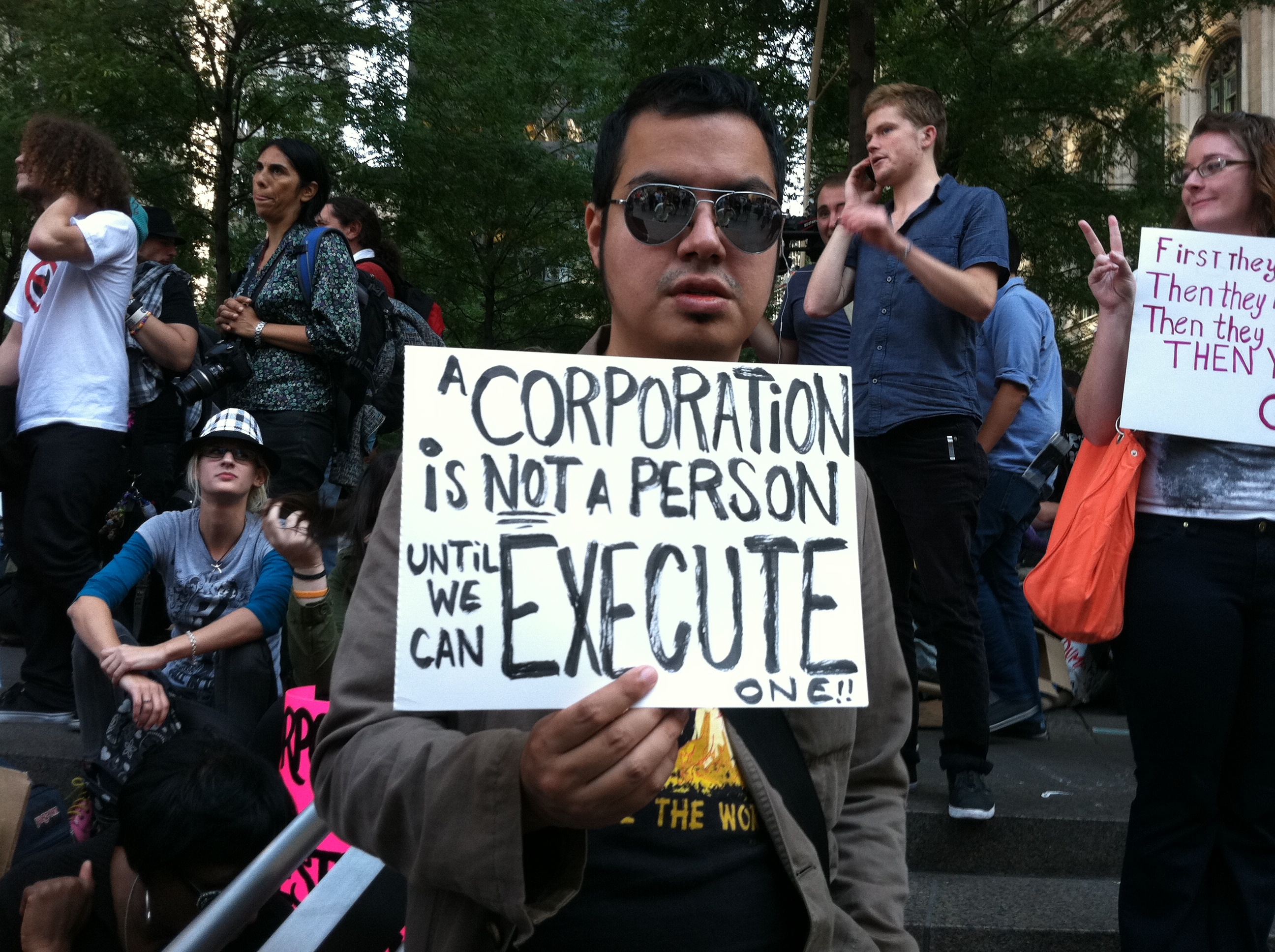 The narrative of the big, bad multi-national corporation (MNC) swooping into developing countries to off-shore low value-added stages of production is an all too familiar tale in today’s day and age. It’s easy and completely justified to find oneself haunted by Dickensian images of small children working in dirty sweatshops, scrounging for wages in the cent range. To some extent, there is truth to this image, as evidenced by events such as the 2013 factory collapse in Bangladesh. However, the problem with this dominating “race to the bottom” narrative is that it fails to address the very real benefits that foreign direct investment (FDI) in the form of off-shored production can have for the workers and economies of developing countries. The “race to the bottom” narrative is short, sweet, and makes the assignment of blame easy. However, this explanation lacks several nuances that make for a more critical understanding of the story.

Before delving into the specifics of global value chains and their effects on developing countries, it is necessary to provide background information to set the stage. It is an indisputable fact that today’s economic globalization differs in depth from yesterday’s. This is an idea that is heavily explored in Robert Baldwin’s book, The Great Convergence: Information Technology and the New Globalization. During the Industrial Revolution, the advent of steam and manufacturing technology allowed for certain countries to mass-produce goods for consumption abroad. The result was a “Great Divergence” in living standards between the countries that industrialized and those that did not, due to the concentration of know-how and technology accumulating in the former states.

As previously mentioned, today’s globalization has markedly different characteristics, largely owing to the ICT Revolution that allowed for coordination of complex processes over large distances. Now, productive know-how could be transferred to less developed nations through an international separation of the manufacturing process. Firms in industrialized nations began to move labour-intensive stages of production from their high-waged homes to faraway low-wage nations. Baldwin notes that this movement was accompanied by a miraculous drop in poverty in upper-middle income countries that participated in the Global Value Chain revolution, such as China and India. Conversely, middle-income workers in more developed countries began losing their jobs as blue-collared manufacturing jobs were off-shored to their international counterparts. The result was growing income inequality in developed nations and a more segmented form of globalization with the power to eradicate jobs at each stage of the production process rather than at an industry-level. One only needs to take a peek at our American neighbours to realize that this revelation can have very real political and social consequences, but that is a story for another day.

Baldwin’s analysis implies that today’s developing nations have an option that yesterday’s were not afforded. Their entry into the global economy can be facilitated by joining existing value chains rather than building the whole supply chain domestically to become competitive internationally. Through an exploration of the auto industry in Malaysia and Thailand, Baldwin illustrates the advantages associated with simply joining a global value chain rather than attempting to build one in-house. In the auto industry, production can be off-shored through the use of “complete knock-down kits” (CKDs), which arrive in a container from the “mother” factory with all the parts necessary to make a single car. The idea is that the developing countries’ can be used to assemble these cars in order to kick-start the country’s entry into the world market.

During the 1960s, Thailand’s auto industry relied on the CKDs sent from the US, Europe, and Japan. In an effort to move beyond pure assembly, the Thai government increased the local content requirement*, causing American and European manufacturers to exit the country. However, the Japanese stayed because they believed that Thailand would be a good export platform for Southeast Asia and beyond. Japan provided Thailand with valuable know-how surrounding quality, management, and technical matters, and when when the Thai government increased local content rules again, Japanese firms collaborated with the government to create factories with the infrastructure to make the necessary parts. An important thing to note is that Japanese manufacturers provided know-how because Thailand was able to convince them that it was not attempting to set up as an independent competitor but rather wishing to become a key link in the global value chain. Furthermore, Thailand raised the necessary scale economies for increased local content by focusing light pickup trucks and vans rather than attempting to produce a range of models. Baldwin notes that today, Thailand is known as the “Detroit of the East”. 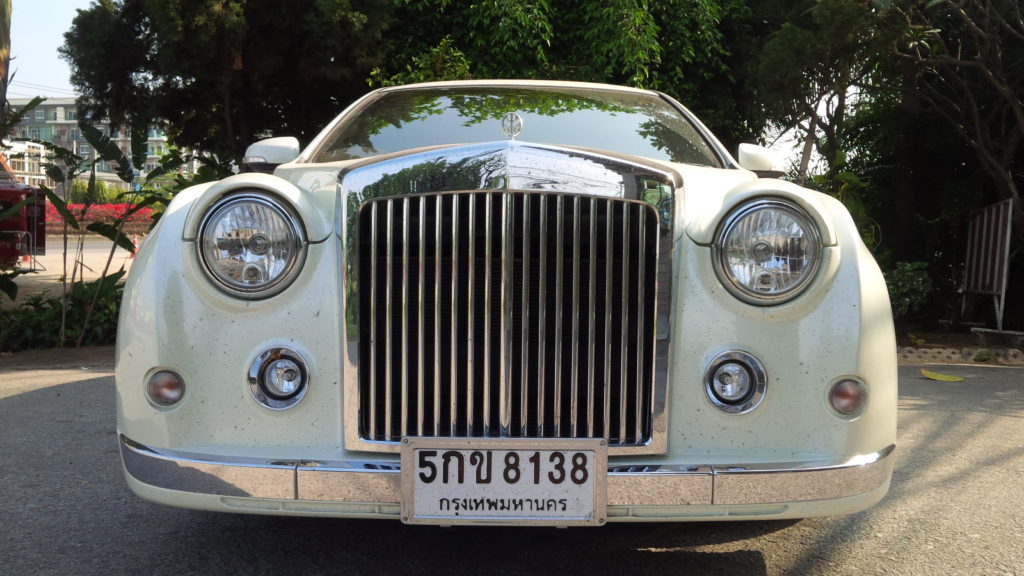 Malaysia similarly used CKDs with the hope of eventually developing their own auto industry, partnering with Mitsubishi but acting as the majority shareholder. Instead of focusing on scale economies, the government began producing new models with varying engine sizes. They also created an integrated automobile manufacturing plant with a massive production capacity and created a second partnership with the Japanese carmaker Daihatsu. In short, Malaysia was attempting to build their own domestic supply chain. Unfortunately, largely due to low production volumes and high costs per car, the Malaysian auto industry is currently struggling domestically with negligible export sales. Of course, these examples are two in a million and further research must be done for a more detailed assessment of global value chains’ efficacy. However, the Thai example illustrates the ways in which today’s globalization, backed by multi-national corporations, offers more nuanced and less capital-intensive opportunities for developing countries to stimulate their economies and enter world markets.

If Baldwin’s hypothesis is true, we can begin to see that today’s globalization has created opportunities for at least some developing countries’ economic health. However, if this viability comes at the cost of local workers’ rights and freedoms, then, regardless of the economic benefits, anti-globalization rhetoric must be given consideration if we wish to make a better world. It is then necessary to turn to a more micro-level discussion of multinational corporations and their effect on local workers in developing countries. Robert J. Flanagan’s book Globalization and Labor Conditions: Working Conditions and Worker Rights in a Global Economy offers a comprehensive assessment, exploring the effects that various aspects of economic globalization such as trade and FDI have on labour conditions around the world. Working conditions are measured though the classic indicators including wages, hours of work, and occupational health and safety. Of particular interest is his chapter on multinational corporations, where he attempts to determine whether or not multinational corporations degrade working conditions in the host country.

Flanagan begins by assessing the decision of multinational corporations to locate production abroad. On one hand, firms may re-locate in order to gain locational advantages like cheap labour or mineral deposits. On the other hand, off-shoring may occur so that company-specific assets [can be] profitability combined with local inputs rather than [being] an effort to exploit inputs” (p. 124). Flanagan leans toward the latter explanation, which seems to align with Baldwin’s hypothesis as well, given that the further development of global value chains should only increase these opportunities. First examining wages, Flanagan’s literature review finds that there is actually a multinational wage premium relative to domestic firms for workers in both developing and developed countries. Of course, we should be careful when making causal assumptions, given that this finding could emerge for any number of reasons. For example, it is plausible that multinational corporations hire only the highest skilled workers in the host country, which would make talent account for the premium rather than foreign management. However, studies that controlled for potential intervening variables such as firm size similarly found that a diminished yet significant foreign firm premium remained. Given that per capita income is considered one of the key measurements of economic well-being in a country, policies or phenomena that seem to increase this measurement merit consideration and critical analysis.

Flanagan then performs his own 75-country regression analysis, in an attempt to find the relationship between share of FDI and degree of the labour force’s human capital, labour rights, labour conditions, and collective/civil regulation. Some key findings from his studies are as follows:

His findings point to a surprisingly simple conclusion: “the evidence does not support the view that poor working conditions or weak labor rights attract foreign direct investment” (p. 136). Rather than stemming from concerns over workers’ “well-being” in a moral sense, Flanagan suggests that this phenomenon may be caused by multi-national corporations’ aversion to a labour supply that is sick or prone to accidents, given that this is expected to reduce their labour productivity. While this may fail to appease the most stringent worker advocacy groups, it implies a possible alignment of interest between executives’ desire for money and workers’ demand for rights.

Taken together, Flanagan and Baldwin’s books pose a significant challenge to the dominant narrative of the big, bad multi-national corporation, implying that this story may have more basis in anecdotal evidence than systemic patterns of information. Few would claim that multi-national corporations are beacons of morality, and there are several very real ethical issues that surround their existence, such as executive compensation and the erosion of local culture. Nonetheless, it is important to flesh out the “race to the bottom” argument before making grand assertions about this particular issue’s salience. Rather, those with an interest in building developing nations’ economies and ensuring workers’ rights should at least consider the ways in which these countries can adapt to the conditions of today’s globalization in order to take advantage of the many opportunities it has to offer.

Of course, there is no one-size-fits-all policy that developing nations can adopt in order to integrate themselves into the global economy, and success is largely contingent on pre-existing infrastructure and political stability within a country. However, is it important for us in developed nations such as Canada to realize that leading stringent anti-globalization campaigns may result in more harm than good. It is also necessary to consider that politicized rhetoric about the harmful effect of multi-national corporations’ overseas production may stem from workers’ dissatisfaction in developed countries over job loss rather than a genuine concern over workers’ rights and living conditions overseas.