Whose to save the Internet? 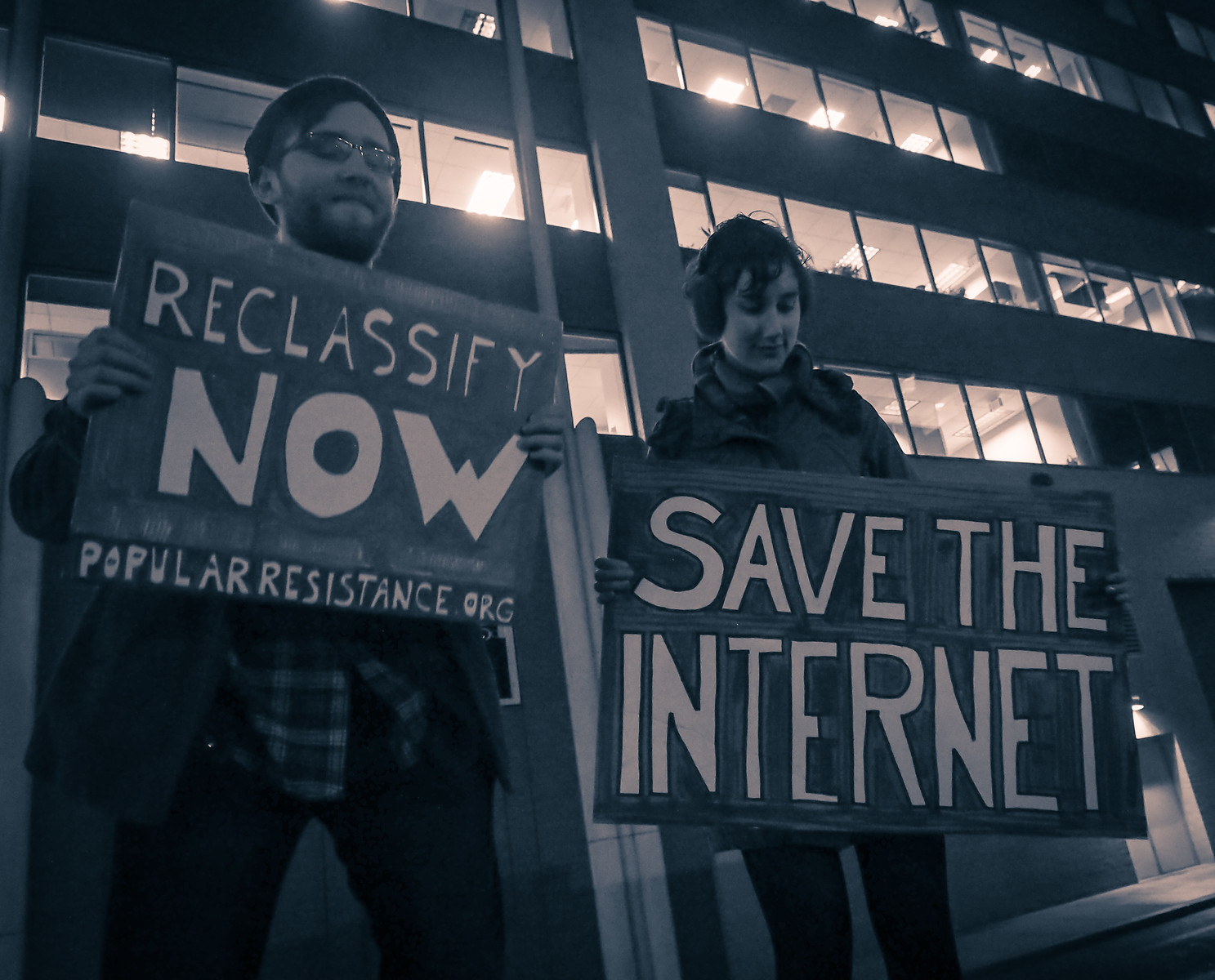 Protests and debates on the Federal Communications Commission (FCC)’s net neutrality proposal have gained momentum in the United States. The FCC established rules in 2010 endorsing principle elements of net neutrality; they demand transparency from the broadband Internet Service Providers (ISPs), and argue against blocking legal content or unreasonable discrimination. These measures seek to protect and maintain an Open Internet. The Open Internet is a platform of free competition and innovation, advancing freedom of speech and communications rights on the Internet. It is believed by establishing net neutrality, the Internet will remain open, ensuring  all users are treated equally. Early in 2014, the chairman of FCC, Tom Wheeler, revised the rules central to ways the broadband ISPs treat their data traffic by introducing “commercially reasonable” standards for ISPs to follow. Wheeler’s revision received much of criticism as the proposed measures threaten net neutrality by providing an opportunity for ISPs to establish “fast lane” data service. What are these criticisms all about?

Our reliance on the Internet has increased over time. We use the Internet for various reasons, most importantly to access to information. All Internet users also contribute to this by being the source information found on the Internet. It is our fundamental right to express opinions, and provide information without restrictions on the Internet; this consolidates the Open Internet. Nonetheless, Internet users have to rely on the ISPs to access the Internet as they are the providers of Internet and other additional web services, such as emails. Internet users have no choice but to entrust the ISPs as their direct line supplier, also creating a great business opportunity for broadband ISP companies to adopt the “two tiers” policy. This policy concerns Internet users with respect to net neutrality.  “Two tiers” policy makes the quality of Internet service, such as speed and access to certain sites, contingent on payment received from Internet users and affiliation of the website to the ISP company. Without restrictions, entities that are financially or economically affiliated to the ISPs receive a better service, creating two tiers of service – a “slower” and “faster” tier, hence an unequal treatment of the Internet users. Since ISPs regulating access of certain website from the Internet users is an act of discrimination, it violates Open Internet’s core principle and impose threat to net neutrality. Therefore, net neutrality defenders are weary of Wheeler’s proposal on introducing “commercially reasonable” standards that potentially continue to provide grounds for broadband ISPs on their act of net discrimination thus weakening net neutrality.

Indeed, net neutrality is important protection for the core principles of Open Internet that ensure everyone is treated equally. However, the most important feature of all proposals or revisions from FCC is the access of information on the Internet.2 Wheeler’s introduction of a “commercially reasonable” standard, however, provides grounds for broadband ISPs to continue regulating Internet usage, further discouraging net neutrality. It is suggestively permitting ISPs to control service of the Internet traffic only to the extent that it is “commercially reasonable”. There is no solid criterion of what is perceived as “commercially reasonable”. It is entirely subjective for the ISP companies to determine if a website is so. This is an opportunity for ISPs to justify commercial discrimination against non-affiliated entities, and may potentially lead to more incidents like that between Bitorrent and Comcast. ISP companies have no right to decide the value of the information source for the user. This also violates the core principle of an Open Internet by having the ISPs creating a filter of Internet access from the users.

The main problem faced by the FCC in attempt to regulate ISPs misconduct is the inability to endorse net neutrality. The FCC has no authority to monitor ISP companies since the Internet is out of the scope of the FCC’s granted authority. As a result, campaigns, such as “Save the Internet” and “Battle for the Net”, suggested reclassifying the Internet as common carriers that will enable the power of FCC to defend net neutrality. Under the category of a “common carrier”, the Internet will be perceived as public utility under Title II of the Telecommunication law. Subsequently, the Internet, as a public telecommunication utility, will function under the control of the FCC. This will provide the FCC with power to monitor and implementing rules to restrict ISP’s activity in supplying non-discriminating Internet service. Major ISP companies, like Verizon, oppose this, arguing that the reclassification the Internet as public utility will cause harm to the Open Internet and reduce opportunities for innovation.

Furthermore, reclassification of the Internet does not promise an Open Internet.  The primary goal of defending net neutrality is to dismiss authoritative power over the Internet. Reclassifying the Internet as a public utility is simply a replaces power instead of removing it. The Internet will be taken under the wings of the government instead of the ISPs, in turn providing power to the government to regulate Internet usage akin to public transportation, which involves more risk due to political influences. It is even harder to determine if information is being censored or if personal privacy is invaded due to the lack of governmental supervision. In fact, why do we demand stricter regulation and authority to protect net neutrality? No one should have the authority to regulate Internet service. It entirely depends on the users, not the government and certainly not the ISP companies. The ISP companies should understand that they exist only to provide Internet service, and not to regulate them by any means. On the other hand, the government or FCC should also have minimal influence over the regulation of Internet services. Therefore, reclassification of the Internet is not necessary since the Internet is a private tool for individuals to access to information. Simply because everyone is using the Internet does not imply the Internet is a public utility.

In conclusion, the Open Internet can be extremely vulnerable to exploitation from any kind of authority, such as the government and ISPs. Attempts of solving net discrimination and saving the net neutrality from either the FCC or the net neutrality defenders are not appealing. People have to realise that net neutrality and the Open Internet depends on the most important builders of the Internet, the Internet users, without restriction or regulation from any kind of authoritative figures.