Why I’m Worried About the Democratic Party

Having worked on a Senatorial Campaign this past summer, I've personally witnessed the positive and not-so-positive aspects of the resurgence of the United States' Democratic Party 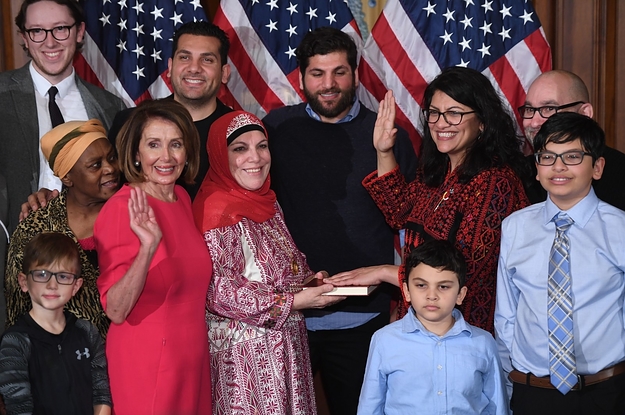 This past June, I drove to Cleveland, Ohio, to work on Democratic Senator Sherrod Brown’s re-election campaign. Ohio was one of 33 states that saw a Senate seat up for grabs during the 2018 midterms, the chamber that determines Presidential cabinet members, Supreme Court nominees, and international treaties, and the stakes were especially high in Ohio, a swing state Donald Trump had won by 10 percentage points. My passion for United States politics and my respect for incumbent Senator Sherrod Brown, a truly authentic progressive who spends his time advocating for working folks and standing up to Wall Street, made me decide to work for him in Ohio despite my New Yorker origins.

My time there exposed me to a kinder, humbler America. I stayed in Cleveland with an elder activist named Fran who inspired me with her commitment to politics every election season and her amazing cooking skills. Cleveland is emblematic of what is usually (somewhat disparagingly) referred to as the Rust Belt, with a declining population and less than stellar economic prospects. Yet it maintains a vibrant sense of community, and I scarcely had a dull moment as I went from handling yard signs with union leaders, to registering new voters, to discussing data collection with tech-savvy colleagues. I am incredibly grateful to the wonderful folks I worked with, and I was overjoyed to see Senator Sherrod Brown narrowly win re-election in November, though the Democrats failed to retake the Senate but took the House. Yet during this journey, I noticed how often bitterness over Trump and hatred of the Republicans could be the motivating factor behind volunteering, and I’m unsure if this enmity was resolved by the Democrat’s partial victory this past November.

Initially, this may not appear unhealthy for America’s democratic process. Trump’s incendiary presidency has galvanized Americans who wouldn’t have involved themselves in volunteering otherwise. I recall one Democrat who had formerly refused to get involved immediately signing up to phone bank because she was so distraught by Trump’s child separation policy that had just begun a few days ago. And some longtime organizers I met noted they hadn’t seen Democrats so enthusiastic about volunteering since Barack Obama’s campaign in 2008. Indeed, this would manifest in some of the highest turnout for a midterm election in a century at nearly 50% in 2018, dwarfing the 36.7% of the 2014 midterm elections.

Yet increased voter turnout, while certainly an important goal of any democracy, is not an end in and of itself, and the Trump-inspired revitalization of the Democratic party is flawed in an important way. The sheer vitriol and contempt some Democrats carry for the Republican party and Trump threaten to break down democratic norms, or informal rules on the proper use of power, and good governance. Republicans obstructed and sabotaged Obama’s presidency until they retook all three branches of government eight years later, so some Democrats have felt they ought to adopt this formula themselves. However, one need only look at the Republicans’ inability to govern and pass legislation since 2016 as a sign that vicious obstructionism leads to an opposition mentality and disparate, disagreeable factions. As the Democratic party seeks to retake the Presidency and Congress in 2020 and effect change on Capitol Hill, it must be extraordinarily careful in how it conducts itself and handles the elimination of norms in its quest to reshape America.

American politicos tend to focus on some of the more obvious problems facing the Democratic party, such as the growing divide between the progressive and moderate wings of the party, being able to have an effective, united front against the Republicans on political issues, and how to best effectively communicate and message to the American people. Yet while these issues are important as to how Democrats will win elections, the question of how Democrats will conduct themselves in the opposition and once in power, if they manage to retake the Presidency and Senate, is often not paid enough attention to. There is evidence to suggest that both the Democratic voter base and Democratic politicians are becoming more and more willing to throw aside professionalism and civility in their interactions with the Republican party.

I was sitting in a living room one summer afternoon when Trump was on the news again; more revelations about his campaign’s contacts with Russia had been discovered by the Mueller investigation. I distinctly remember a volunteer wondering aloud “God, why hasn’t anyone shot the bastard yet?” This sort of rhetoric by volunteers and members of the campaign was not entirely rare. My colleagues certainly weren’t bitterly insulting the President with every living breath, some of whom were the kindest folks I’ve ever had the pleasure of working with. Yet I did realize that when discussing Republicans, and especially Donald Trump, many volunteers tended to speak in coarse extremes, and this has begun to manifest itself in the conduct of some Democratic politicians.

On January 4th newly sworn in House Representative Rashida Tlaib shocked Americans when she declared “We’re gonna go in there and we’re going to impeach the motherf****r” in reference to President Trump. Upon hearing about the outcry she doubled down and wrote an op-ed defending her comments and arguing it was essential to “speak truth to power.” House Speaker Nancy Pelosi took the unprecedented step of delaying and even threatening to cancel Trump’s State of the Union Speech, which would have been the first time since 1912 a President hadn’t delivered it in person.

While these spats certainly aren’t of apocalyptic proportions, elected officials calling the President a “motherf****r” and threatening to cancel the State of the Union are certainly more dramatic than scandals a mere ten years ago. Democratic politicians likely feel pressure to be defiant against the President due to how despised he is by the Democratic base, with YouGov reporting Trump having only a 7% approval rating among Democrats. And Pew Research Center noted that in 2017 69% of Democrats stated they liked politicians who compromise yet that number fell to 46% in 2018, showing Democrats are becoming less enthusiastic about politicians who show warmth and civility to the other side.

Beyond petty rhetoric, there are signs that more important norms could be at risk. Some Democrats who are considering a run for the Presidency in 2020 are mulling over eliminating the legislative filibuster, the mechanic in the Senate that requires 60 out of 100 votes to end debate before passing legislation. The rule has existed in the senate since 1806, and has during its existence has arguably “driven bipartisanship and staved off extreme policy shifts.” Some Democrats feel it is necessary to get rid of it to pass ambitious Medicare-For-All and Green New Deal programs, yet the previous elimination of traditional procedural rules has discouraged bipartisanship and made the majority party less accountable to the minority party. It is important to remember that the removal of the filibuster on Cabinet nominees and Supreme court nominees in 2013 and 2017 is what enabled the appointment and confirmation of controversial figures such as Betsy DeVos and Brett Kavanaugh.

And there are some proposals that go even further. David Farris published a book last year titled It’s Time to Fight Dirty: How Democrats Can Build a Lasting Majority in American Politics. In the book Farris argues Democrats ought to pack the Supreme Court and District Courts with liberal judges, grant citizenship to

millions of undocumented immigrants with the explicit intent of creating more Democratic voters, and even break up California into seven states to give the Democrats an edge in the Senate. He argues Republicans have been breaking norms for years and Democrats ought to entrench their power before Republicans do so first. Some of these arguments were even picked up by Presidential candidate Michael Avenatti before he dropped out of the race. And with the President’s recent declaration of a “national emergency” over the southern border with Mexico on shaky grounds, Democrats have been grimly suggesting that future Democratic Presidents could use the same method to implement gun control or climate legislation.

Many of these ideas are at best blatant power grabs and at worst undemocratic, not to mention likely to incur the wrath of the American electorate. Much of the dysfunction in America’s political system can be traced to growing, vicious polarization since the 1990’s, and attempting to manipulate the American political system in favor of one party will make only aggravate this polarization. Political norms certainly aren’t immutable, and there are times when it is necessary to abandon or reform certain norms (FDR’s election to four terms instead of the traditional two during a time of crisis comes to mind). Yet Democrats should be aware that norms form the adhesive of American democracy, and therefore ought to not be so quick to trample them lest America plunges deeper into dysfunction and discontent.

Yet, for the time being, many of these concepts are still on the fringe of the political spectrum. Even for some Presidential candidates, the elimination of the legislative filibuster is too rash a move for such a longstanding tradition. And after winning the House, Democratic voters still felt Democrats ought to compromise with Republicans for the sake of governing, with a WSJ/NBC poll recording 57% for and 33% against. So there are reasons to believe Democrats won’t recklessly attack and obstruct the Republican Party and Trump for the next few years, which is a positive sign for American democracy and the ability of the party to actually govern.

It is important to remember that Donald Trump has been criticized time and time again for his willingness to flout norms such as failing to release his tax returns and bashing US intelligence agencies. Some have suggested that newly elected Presidents and administrations tend to stylistically contrast their predecessors, such as Bush’s honesty to Clinton’s meandering, or Trump’s bombastic personality to Obama’s quite, polite demeanor. If this trend holds, it is likely that by the end of Trump’s presidency, Americans will likely crave a return to normalcy and quite after years of chaos. This doesn’t mean Democrats shouldn’t consider audacious, ambitious plans to campaign on, but it does mean Democrats must present a more professional, orderly alternative platform if they hope to win over the American people. Threatening to lower themselves to Trump’s level is not the way to go about doing so.