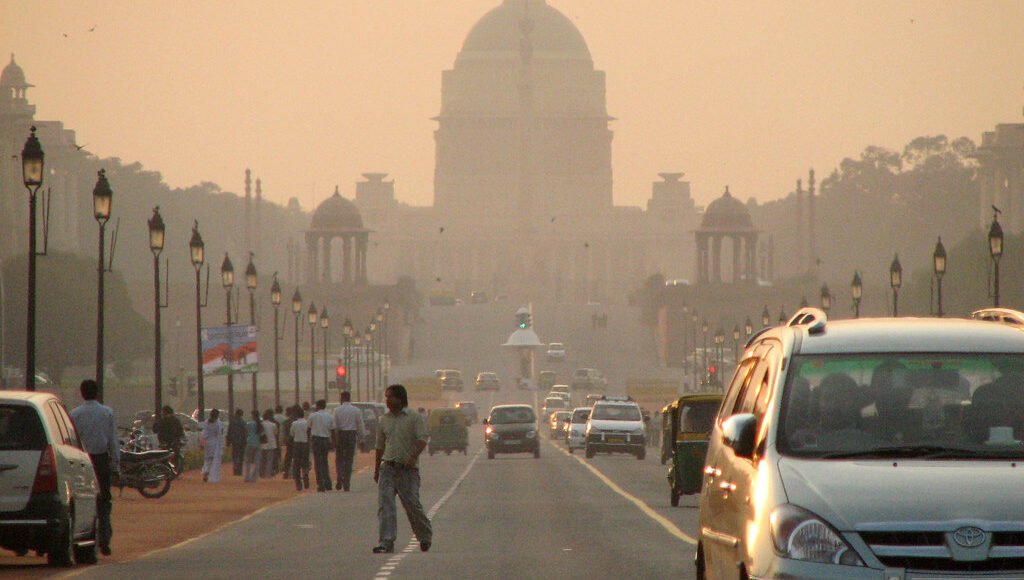 While India suffered a catastrophic second wave of Covid-19 earlier this year, the federal government led by the Bharatiya Janata Party (BJP) was busy launching the Central Vista Project, which includes the construction of a new parliament and a residence for the Prime Minister. Opposition parties heavily criticized funding of the project and accused the government of overlooking the current healthcare crisis. However, beyond the pandemic response, the construction of a new Indian Parliament with an increased capacity for Members of Parliament (MPs) raises the prospect of a delimitation exercise, which has the potential to push the balance of power further in favour of the BJP for the foreseeable future.

The current Capitol Complex of New Delhi was constructed during British-ruled India in the early 1900s. It includes the President’s Residence, the Parliament House, and the Secretariat Building. In 2019, after the BJP government returned to power at the federal level, it announced its plans to redevelop the Capitol Complex. Since the announcement, the project has been marred with controversy over its approval process. Regardless, the BJP-led government remained defiant, laying the project’s foundations before the Supreme Court had even resolved the pending litigation against the project.

The most significant redevelopment plan is that of constructing a new parliamentary building. India’s Lok Sabha, the lower house of the parliament, has consisted of 543 elected MPs since 1976. Under the Central Vista Project, the new Lok Sabha is designed to house 888 MPs, marking a potential increase of 345 MPs. This raises questions about the political implications of Lok Sabha’s increased capacity.

The politics of delimitation

Delimitation is the process of redrawing the boundaries of parliamentary and state assembly constituencies to reflect a change in the electorate’s population. The underlying principle guiding delimitation ensures that every voter is equally represented in electing a member to the federal or state assemblies.

Under Article 81 of the Constitution in India, each state is allotted Lok Sabha seats to equalize the ratio of the state’s population to its seats across states. To enforce this standard, the federal government sets up a Delimitation Commission to redraw the boundaries or increase the number of Lok Sabha constituencies, as per the latest population census. In practice, however, the number of seats in the Lok Sabha had remained frozen since 1976, when the delimitation exercise was last carried out based on the 1971 census. India’s population has since doubled.

Behind the freeze were protests by the southern states of Kerala, Tamil Nadu, and Andhra Pradesh, fearing that their relatively low population growth would put them at a disadvantage when it came to representation in the Lok Sabha. These states had implemented voluntary population control measures by investing in healthcare and public education. Southern states also hold strong regional identities — each with its distinct language. They, therefore, share a history of pushing back against the perceived imposition of Hindi in their governance and education. As their federal-level representation wanes, the perceived threat to their respective state identities has increased. While a new delimitation exercise was to be carried out after the 2001 census, it was postponed until the census after 2026 to allow the population growth rates across states to balance out.

Redistricting in the US

This warrants a look into the politics of delimitation in another federal democracy. In the United States, delimitation — commonly known as redistricting — continues to be carried out after the population census at the beginning of every decade. While the total number of seats in the House of Representatives remains fixed at 435, the states’ share of those seats is decided based on its share of the population.

The most recent redistricting exercise in 2021 led to a gain of seats for six states, while seven states, such as California and New York, lost seats. The states themselves hold the responsibility of drawing districts’ boundaries after gaining or losing seats. Accordingly, the process of redistricting is heavily political, with the party in control of the state legislature and executive being able to redraw districts to their advantage. Delimitation in the United States is a regular, albeit highly political, exercise.

What a potential delimitation exercise could mean for Indian politics

Going by the current population figures, the northern states of Uttar Pradesh, Madhya Pradesh, Bihar, and Rajasthan are likely to see their seat share rise the most under a delimitation exercise. As the BJP dominates this Northern Hindi-speaking belt, delimitation will only increase its electoral advantage at the federal level, cementing its control of the Lok Sabha for the foreseeable future. The politicization of redistricting in the United States also raises the question of who will get to redraw the boundaries of the Lok Sabha constituencies.

Delimitation of the Lok Sabha will drive a wedge between the northern and southern states, with the southern states seeing a relative decrease in representation in the Lok Sabha. In a federal democracy, especially one that holds together states with different ethnolinguistic identities, blindly following the principle of representation by population could threaten the basis on which India’s federation remains united.

While the next delimitation exercise will be carried out with the first census after 2026 — which will be in 2031 — the BJP majority is infamous for ramming highly contentious legislation through parliament. A constitutional amendment will allow the BJP government to enforce the delimitation as early as 2026. With the rushed construction of the new and expanded parliament by 2022, this prospect seems very likely.

This makes the 2024 Lok Sabha elections even more important. A third-term BJP-majority government is likely to trigger a delimitation exercise of the Lok Sabha and expand the membership of India’s most important legislative body to its advantage in 2024. Opposition parties currently protesting the Central Vista Project merely for its cost should be on guard for the delimitation exercise that is likely to follow. A new parliament constructed for the BJP and by the BJP is a clear writing on the wall for India’s electoral balance of power.

Featured Image: “Parliament Buildings along the Rajpath” by abrinsky is licensed under CC BY-NC-SA 2.0