Why is China Persecuting the Uyghur People? 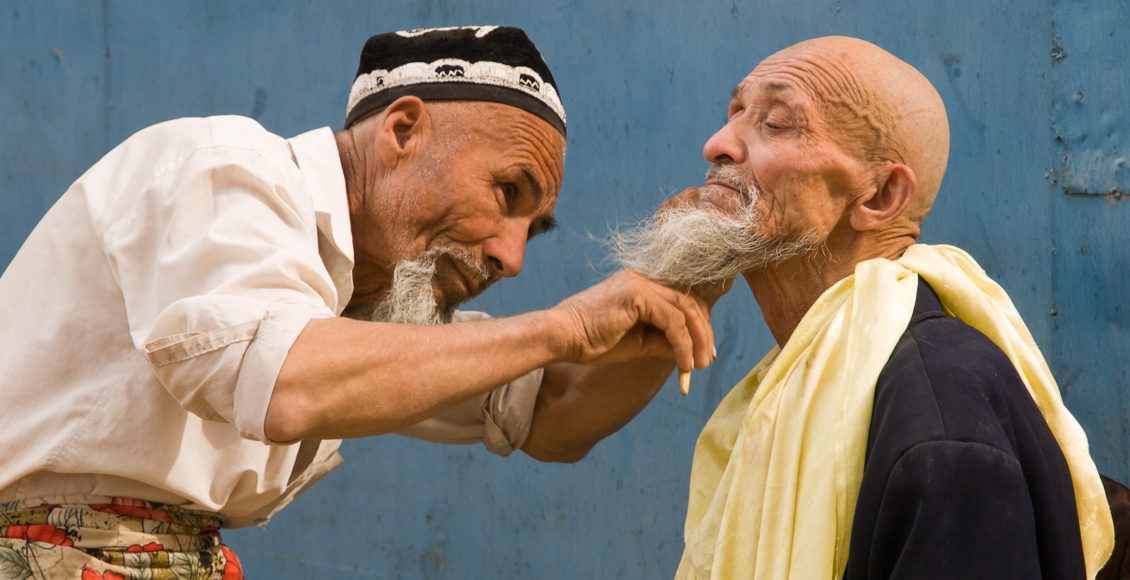 The Uyghur people, a predominantly Muslim, ethnic minority who are native to China’s northwestern Xinjiang Uyghur Autonomous Region, are suffering under an oppressive regime in which cultural and religious identity is punished. There have been different kinds of conflict in the Xinjiang region for centuries, from hostilities surrounding independence in the early 20th century to the 2009 protests sparked by systemic mistreatment in the judicial system. While recognised as Chinese citizens by the central government, the Uyghur people have long-since been persecuted for both their religion and their culture by the reigning Han Chinese majority.

A leading example of this violence is extreme censorship. While the censorship varies in severity, it indisputably affects all aspects of the Uyghur’s daily lives. For example, men are no longer permitted to grow long beards and parents cannot give their children “Islamic-sounding names”. The government claims that targeted policies such as these are in place to limit the spread of religious extremism, but, in reality, they seem to strive towards limiting the practice of Islam itself. In addition, mass surveillance such as facial-recognition technology and programs that can intercept information inside private smartphones is also used as a way of terrorising individuals and forcing the Uyghur people to conform to whatever the government deems acceptable.

While cruel and unjust, widespread surveillance and culturally repressive policies pale in comparison to the “re-education camps” that the government has begun implementing in the Xinjiang region. The government, having only recently admitted to the existence of these camps, claims that they are merely vocational schools focused on eliminating Islamic extremism, but mounting empirical evidence has led many to label them as bona fide internment camps. Individuals are placed in these camps against their will, without a trial, with no foreseeable term limit, and are often forced to endure physical labor as punishment if they fail to complete their designated tasks.

According to the Universal Declaration of Human Rights (UDHR), many of the aforementioned policies are blatant human rights violations. Interning individuals without a fair trial, randomly searching private phones to find incriminating evidence, blocking people from leaving the country, and repressing religious expression violate Articles 9, 12, 13, and 18 of the UDHR, respectively. Seeing as the UDHR is widely regarded as the epitome of the universal moral code, the Chinese government’s policies are moral infractions of the highest degree. So why is China subjecting its own citizens to such cruel treatment? While the justification can be traced to both political and economic motives, the Chinese government also, paradoxically, seems to believe that by physically silencing the Uyghur people, political turmoil will somehow dissipate and the region will be at peace.

The Chinese government seems to have a pattern of making oppressive policy decisions in an effort to establish absolute political and cultural power across many regions it claims as its own. In addition to Xinjiang, the Chinese government currently has control over, or is attempting to control, a number of other territories and states, such as Tibet and Hong Kong, that also have their own claims to independence and/or autonomy.

The current Tibet Autonomous Region covers part of what used to be the independent and sovereign state of Tibet. In the 1950s, during the Cultural Revolution, the Chinese government, through sustained military aggression, forced the Tibetan people to either flee their homeland or accept Chinese rule. Fearing for their lives, the majority of Tibetan people obliged. Unfortunately, little has changed in the last half-century as the Tibetan people continue to face mass surveillance, religious persecution, and arbitrary arrests, particularly those of human rights advocates.

Hong Kong only came under Chinese rule in 1997, after being governed by the United Kingdom for decades. While the region has a high degree of autonomy, it is currently under the mandate of “one country two systems”, meaning that theoretically Hong Kong has its own government but Beijing can veto any changes made to the political system at any point. This complex structure of government has led to widespread concerns about the deterioration of democracy in Hong Kong, notably manifesting in the 2014 “Umbrella Movement” protests, which called for democratic reform and the preservation of civil rights. The Chinese government’s encroachment into Hong Kong shows that even in cases of agreed political separation, its drive for total domination takes precedence.

China’s general approach to politics in the region exemplifies the power-hungry mindset that governs much of the country’s decision-making. Many of the independence movements took form as a result of the ethnic, political, cultural, and historical differences between minorities and the Han Chinese majority. In an effort to sustain their power and dominance, the Chinese government has responded to these movements by implementing repressive policies that aim to suppress any potential secessionist movements and quell political turmoil. The same is true for Xinjiang, a region that has, in the past, claimed independence and diverges greatly from China’s dominant Han culture.

China also has an economic incentive to strengthen its hold on Xinjiang. Xinjiang has the largest amount of oil, coal, and natural gas reserves in the country, meaning that China relies on the region for much of its energy sources. In addition to natural resources, Xinjiang also lies on the planned trade route for China’s Belt and Road Initiative. The massive project is intended to improve and increase trade between China, Central and Southeast Asia, Europe, and Africa. The “Silk Road Economic Belt” will run from eastern China through Xinjiang to neighbouring countries in Central Asia and beyond. The Chinese government believes that for the initiative to be a success, they must have a strong presence in the region and their strategy to achieve this appears to be through mass oppression and assimilation tactics.

China’s aggression in Xinjiang against the Uyghur people can be explained by the government’s desire to bring Xinjiang fully under Beijing’s control. The Chinese government seems to believe that they will succeed in gaining control of Xinjiang by completely suffocating and eradicating any trace of the Uyghur culture through oppressive strategies and unwarranted internment. However, the government’s geopolitical strategy appears contradictory: for a government that is so eager to keep the region stable for trade, their violent policies have been creating more instability in the Xinjiang region.

Using the UDHR as an international moral authority, the Chinese government’s persecution of the Uyghur people is immoral. The recent escalation from censorship to internment cannot be understated. As Professor Sean Roberts at George Washington University told CNN, “What really concerns me is that, if it’s really the last chance to try to transform Uyghurs, what’s the next step if they decide that the Uyghurs can’t be transformed into a passive benign minority that’s loyal to the state?” As of now, the consequences of these persecutory policies are unknown but oppression is not sustainable. Although said in a different time and context, Martin Luther King Jr.’s words can be applied here as a warning, “There comes a time when the cup of endurance runs over, and men are no longer willing to be plunged into the abyss of despair.” Looking to the future, the fate of the Uyghur people is uncertain but one thing has become clear: they cannot fight back on their own. The international community must decide whether they will continue to allow Chinese authorities to violate the rights of millions of people, or if they will finally intervene and act in favour of justice.