Why Isn’t the International Community Doing More About China’s Internment of Muslims? 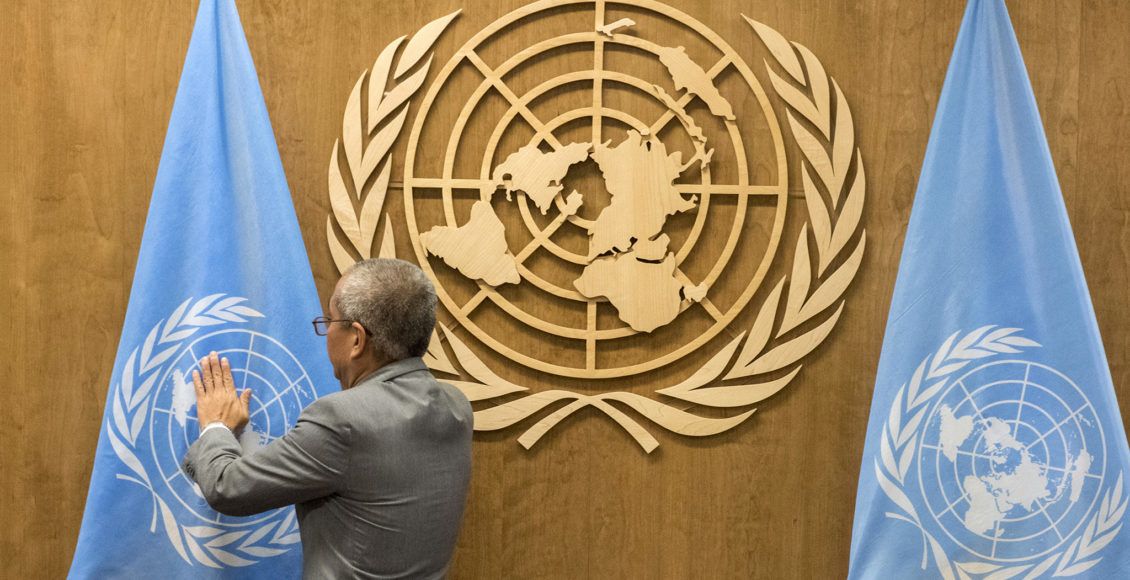 In the Xinjiang Uyghur Autonomous Region of northwestern China, Uyghur Muslims are being held in internment camps as part of state-sanctioned “re-education” efforts that aim to assimilate the Uyghur population into the majority Han Chinese culture. While the Chinese government has repeatedly denied the systemic mistreatment of the Uyghur people, the population has historically been subject to persecution and what some scholars have even called cultural genocide — even before the introduction of these camps roughly two and a half years ago. Those held in these detention centres experience unsafe living conditions and arbitrary and brutal punishment for dissent, to the point that ex-detainees and employees have deemed it torture.

As countries have begun to carry out independent investigations into the camps, more and more governments have come forward in condemnation of China, using diplomatic platforms such as the Human Rights Council (HCR) of the United Nations to do so. However, China has been quick to characterize criticisms of the camps as attacks on its sovereignty. In the examination of the international response to the human rights abuses taking place in China, a central conflict becomes apparent, a conflict also found at the heart of the greater sphere of international politics: how can these nations reconcile respect for China’s sovereignty while simultaneously protecting human rights?

While there is no clear answer, there are three facets of international response: individual states’ responses, the UN’s collective response, and the international community’s response beyond the UN, which can all be analyzed to better understand how nations grapple with this dilemma. Individual state condemnations can be compared and contrasted with international discussions taking place at the United Nations. There is also the issue of the UN’s formal response as a collective body — and the subsequent criticisms of that response.

Who is Condemning China?

The United States has predominantly led the movement to hold China accountable for its actions. Most recently, the U.S. blacklisted 28 Chinese organizations as a form of punishment for the violation of human rights. The blacklist ensures that the listed Chinese companies are banned from purchasing and importing U.S. products and technology. Secretary of Commerce Wilbur Ross stated on the U.S. Department of Commerce’s website: “the US Government and Department of Commerce cannot and will not tolerate the brutal suppression of ethnic minorities within China.”

The U.S. has considered sanctions against China on the same grounds in the past — the timespan between discussion and implementation of sanctions can be attributed to the complicated economic and political context surrounding Chinese and American relations, such as the existing and continuous trade war brought on by President Trump. Despite these tensions, the U.S. has been explicit in criticizing China, including an official statement from the U.S. Department of State denouncing what the article deems to be atrocities and violations of fundamental human rights.

Canada has taken a less overt and aggressive approach than its neighbour due to precarious trade relations following the fallout surrounding Huawei. The Canadian government condemned China under the Subcommittee on International Human Rights of the House of Commons Standing Committee on Foreign Affairs and International Development following a “fact-finding exercise” executed throughout October 2018. The press release statement read: “One message came through loud and clear: if the international community does not condemn the human rights abuses in Xinjiang province by the Government of China, a precedent will be set and these methods will be adopted by other regimes. Complacency is entrenched by a lack of access to Xinjiang; by the lack of free press; and through the silencing and harassment of Uyghurs living abroad. The Government of China has yet to face consequences for its actions.”

The subcommittee itself urged the government of Canada to do more and issued specific recommendations, such as imposing economic sanctions and encouraging multilateral action. In the same discourse, Canada’s government has been pressured by diplomats and human rights experts to take a stronger stance against China. As it stands, Canada has raised the issue unsubstantially in comparison to the United States, through means such as mere meetings and letters – these methods of diplomacy fail to account for the gravity of the situation and present no real punishment or consequences for the Chinese government.

What is Going On at the UN?

The UN Human Rights Council is an inter-governmental subsidy of the UN made up of 47 countries that is “responsible for the promotion and protection of all human rights around the globe.” It has recently served as a platform for discussion among nations regarding the situation in Xinjiang and has put on display several of the issues at hand when navigating human rights abuses abroad.

In July 2019, a group of 25 nations issued a joint statement urging China to halt the detention camps. The statement is regarded as the first substantiated international challenge to its policy, following initial questioning of the policy in a Human Rights Council session last year. It was addressed to the High Commissioner for Human Rights, Michelle Bachelet, and specifically requested that she keep the HRC updated on developments in Xinjiang.

This collaboration between states made it difficult for China to single out a country to economically and politically retaliate against. However, in a move that exemplifies China’s dominant status in the international sphere, 37 countries from Asia, Africa, the Middle East, and Latin America signed a joint letter that praised China’s commitment to human rights— it even contained a harsh rebuke of the other statement denouncing China. Among the pro-China countries were Russia, North Korea, Cuba, and Venezuela — nations that have been accused of human rights violations.

Furthermore, China is seeking to gain dominance and influence within the UN. As of September 2018, the nation contributed 10.25 per cent of the total UN peacekeeping budget and trained more than 8,000 People’s Liberation Army troops as standby militia for UN peacekeeping missions. In light of recent events taking place at the HRC, it appears that China is looking to expand its influence in the human rights sector of the UN. China seems to view the UN as a means to achieving its goal of increasing its international dominance and, as such, decisions made in relation to human rights in the UN context will have further implications in the global hegemony and allow the government to continue to veil their human rights abuses. If China influences what constitutes a human rights violation and continues to economically invest in vulnerable countries that will show their loyalty in UN forums, who will be left to push back against China?

Daniel R. Russel, the Assistant Secretary of State for East Asian and Pacific Affairs for the Obama Administration, said that “many, many governments are looking the other way and self-censoring on the issue of Xinjiang” because “few countries are willing to put the economic benefits of good relations with China at risk — let alone find themselves on the receiving end of Chinese retaliation.” It is clear that China’s hegemonic dominance continues to grow and it leaves the question of what can be done to protect human rights, not only in China but in any sovereign nation.

Who Can Hold the UN Accountable?

Amnesty International, the International Federation for Human Rights, Human Rights Watch, the International Commission of Jurists, and the World Uyghur Congress wrote a letter to UN Secretary General António Guterres calling on him to be more forceful in condemning China. The statement on Amnesty International’s website calls on Guterres to create a fact-finding mission to “determine the scale and nature of crimes under international law and human rights violations in Xinjiang, and to meet with representatives from the Uyghur community”. The groups also called on Guterres to allow Bachelet (the High Commissioner for Human Rights) and other UN experts unimpeded access to the camps. However, it is not known whether or not China would grant them access —the government has been very selective in who it allows to view the camps.

Guterres responded publicly, asserting that he has been vocal against China and has done more than solely partake in “quiet diplomacy”, as the coalition alleged. “I don’t think anyone has been more persistent and more clear in talking to the Chinese authorities in relation to this issue than myself,” Guterres told interviewers, going on to say that he told the Chinese government “that it is very important to act in a way that each community feels that their identity is respected and that they belong, at the same time, to the society as a whole.”

Returning to the discussion about the HRC, it is worth noting that the U.S. is no longer a member of the forum, having left in 2018. However, it heavily critiqued the UN’s decision to allow Xinjiang’s vice-governor to defend the camps at an HRC session in February 2019. “The Xinjiang vice-governor’s use of the Human Rights Council as a platform to defend Beijing’s repressive policies is inexcusable”, said the U.S. representative in a statement.

The conflict between respecting national sovereignty and protecting human rights will surely find itself to be fundamental to international politics for years to come. The international community is now faced with the  choice to submit to the fear of China’s economic and political retaliation or to follow the example of the United States in asserting an aggressive, substantive stance against the human rights abuses in Xinjiang.