Why Lebanon Is a Prisoner of Its Own Divisions 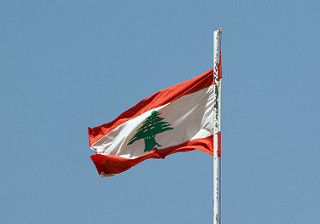 Sectarian divisions are a social and political reality in Lebanon. However, until recently, the polarization had been partially reduced by the 1990 power-sharing agreements, which translated institutionally the fragmentation of society but prevented conflict. Moreover, the Syrian departure in 2005, and its aftermath, had given birth to a bi-polarization of the political life, with a pro-Saudi and Western coalition on March 14 and a pro-Syrian and Iranian one on March 8 (gathered around the Hezbollah). In both coalitions there were Christians and Muslims. However, the regional context now creates a domestic insecurity which, as explained in Causeur by the political scientist Khattar Abou Diab, translates politically in a resurgence of the old confessional divisions as well as in an increased Sunni/Shiite opposition; both sides being respectively backed by Saudi Arabia and Iran respectively.

This shows that, in Lebanon, political divisions cannot be understood without putting the country back into the regional context. Recent events have shown that the confessional segmentation within Lebanese society – rather than eventual economic interests – make the country a “battlefield for the conflicts of others, whether these conflicts are political, strategic or ideological” (Hirst, 17). The “others” being namely the regional powers such as Shiite Iran, Sunni Saudi Arabia, Syria, and Israel, which are themselves impacted by the global geopolitical game for ideological, geo-strategic, or economic reasons. They therefore have an interest in exacerbating the divisions in Lebanon. Consequently, the regional polarization – growing even stronger with the Syrian civil war – is also felt within the Lebanese governing system because of political factions who seek the support of their “sponsor” states.

In other words, Lebanon seems to be a prisoner of its own sectarian divisions; a situation exemplified by the troubling role of Hezbollah on the domestic political scene. As former minister Charbel Nahas sums up, “the situation leads to a circular relationship, whereby internal sectarian forces use their external connections and alliances as a leverage, which prevents the elaboration of an external (or even internal) state policy.”

Since 1860, Lebanon was built on an inter-community equilibrium which has had various social, political, and even economic consequences. If Christian Maronites were dominant between 1860 and the end of the Ottoman empire, and later supported by the colonial power under the French mandate, the reality is now much more complex. This segmented reality was first “frozen” in 1943, in the National Pact. Defined as a “compromise” by the British journalist David Hirst, this agreement put an end to the ideal of Pan-Arabism, an idea fostered by the Muslims in the country at that time, while also guaranteeing Lebanon’s independence from European countries (Hirst, 27). After the civil war (1975-1990), the agreement was renegotiated (Taif Agreement), in which the number of Christians in the Parliament was reduced to equal the newly increased number of Muslims.

Yet these agreements reorganizing domestic politics and proclaiming, in their first sentence, that “Lebanon is a sovereign, free, and independent country and a final homeland for all its citizens”, did not actually put an end to the foreign intervention that had started during the conflict. The Israeli army kept on occupying South-Lebanon until 2000 (after it had originally invaded the country in 1982 to support Christian militias in their fight against the PLO) which held strong power in the south. Syrian armed forces occupied most of Lebanon between 1976 and 2005 – making Syria a major actor in the unfolding of the civil war.

To this day the country has been militarily unoccupied for almost 11 years, but this does not mean regional powers stopped influencing internal politics. Lebanon is still the subject of foreign influence, which mechanically harms the country’s political independence.

Indeed, while the country is traditionally not aligned on diplomatic matters in the region, due to its internal domestic equilibrium, it is now unable to take decisions on the domestic level despite its neutral stance. This is due in part to the strategic interference of foreign powers, but also to the role of sectarian political movements within the country, using their influence in Lebanon to gain the support of external actors.

Indeed, the current lack of a President in Lebanon, as well as the Parliamentary paralysis, is a direct result of the Middle-East “Cold War” between Iran and Saudi Arabia, as well as of the spillover of the Syrian civil war; both factors being interconnected. It is then logical that, for senior officials in Lebanon, the answer to this crisis surely “lies with regional and international powers”, especially in “a long-awaited rapprochement between Saudi Arabia and Iran, which back opposing sides in the country.” This backing is not only ideological. It has a concrete dimension, embodied in financing and military support (Hezbollah, for example, is financed by Iran). This proxy war between Iran and Saudi Arabia is key to understand the recent diplomatic crisis between Saudi Arabia and Lebanon which involved, among other things, the cancellation of a 4 billion-dollar arms deal to support the Lebanese army and security forces. The Saudis voluntarily harmed Lebanese independence by targeting its military autonomy and its economy (by preventing the country to interact with Gulf Cooperation Council member-states), to protest against Hezbollah’s growing importance on the local stage, due in part to its involvement alongside Al-Assad (and therefore against the Saudis) in the Syrian conflict. They were also, according to political scientist Khattar Abou Diab, protesting against the release of the pro-Syrian Michel Samaha, who had been accused of smuggling explosives in the country in 2012 in order to destabilize the country through a series of bombings; a situation that should have benefited Syria. Finally, the Saudis did not appreciate Lebanon’s neutral stance on the Arab league decision to condemn the attacks on the Saudi embassy in Tehran, in January. Yet how could have Lebanon done otherwise, knowing the power of Hezbollah in the country? Diplomatically, thus, Lebanon seems to have no choice but to walk a thin line. A result of its own divisions, which harms in return the country’s independence.

This article is not exhaustive, of course. It only tries to show that, despite a seemingly independent status, Lebanon is tied to regional interests and as much as it does not want to interfere in other people’s problems, it does not have the power to prevent others from interfering in its own. Let’s just keep in mind the warning of Khattar Abou Diab. He reminds us that the presence of 2 million Syrian refugees and 500 000 Palestinian refugees on the territory, added to a climate of a “cold war” between two religious and strategic axis, as well as the new rise of sectarian politics, might lead the country into a new war only a few years after one that caused the death of around 250,000 people.