Why the TPP is Dangerous: Understanding the Consequences of Neoliberalism 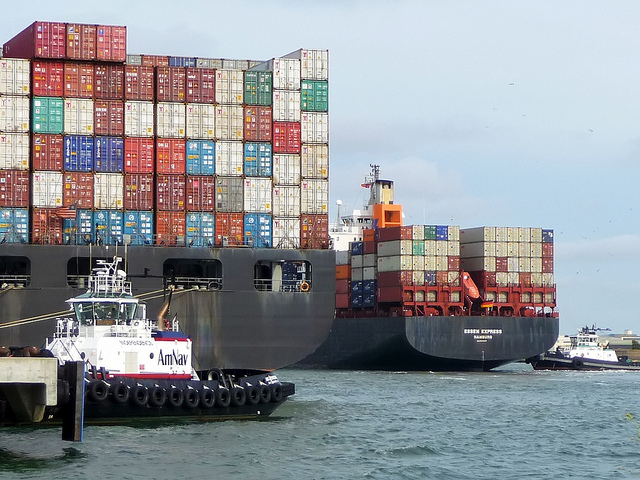 The TPP seeks to reduce tariffs and other barriers to trade in order to increase economic activity across 12 nations along the Pacific Rim, including Canada
Share

On October 5th, the final draft of the Trans-Pacific Partnership (TPP) was agreed upon by twelve nations, finalizing the framework for a free trade bloc that has been under discussion since 2008. The deal would do a number of things, including reducing trade barriers between nations and implementing common regulations in terms of IP and labour law. According to the Office of the United States Trade Representative, the TPP is supposed to “grow the American economy…and strengthen the American middle class,” rhetoric that was echoed by former Prime Minister Stephen Harper on October 5th in Ottawa, stating that “there is simply too much to gain for Canada” to reject the TPP deal.

Free trade has been shown to grow economic activity between nations and increase employment – according to a report by the European Commission, open markets have increased the total amount of workers in export industries by 50% since 1995, and FDI in Europe directly employs 4.6 million people. This increased economic activity translates into higher overall employment and increased tax and business revenue, improvements which will, in theory, increase development and raise the overall living standard. This could provide a number of benefits to the seven developing countries that have agreed to the TPP. While some, like Chile and Brunei, have fairly high HDI scores (ranked 41st and 30th, respectively), others, like Peru and Vietnam (82nd and 121st), sit fairly low on the list. In theory, the neoliberal policies that are pursued by the TPP should lead to higher overall development, provided that the political institutions in each nation are developed and capable enough to move increased revenues into social spending on healthcare, education, and infrastructure.

However, there are a few issues that are attached to the liberalization of trade, especially under the TPP.  According to a document released by the New Zealand government, New Zealand would see savings of $259 million NZD with the removal of tariffs under the TPP. However, these savings make use of current export figures, and assume that they will remain unchanged as trade liberalizes – changing one variable without examining the effects on another. If tariffs are removed, total export value may change, as industries previously protected by the New Zealand government face new competition from overseas. This is the fairly basic economic principle of comparative advantage. Nations with a large amount of labour and lower living standards (and thus a lower living wage) will perform better in labour intensive, blue collar jobs on a free international market. Jobs previously protected by tariffs in more developed nations will flow overseas, increasing short term unemployment and reducing overall economic activity in the short run as the nation adjusts – adjustments that, while theoretically short term, can cause a great deal of financial strife to families and businesses. Stephen Harper has already promised $4.3 billion to Canadian farmers, and an additional $1 billion to the Canadian auto sector to help reduce the impact that the TPP will have on these industries, but these subsidies will slowly be phased out, leaving these industries on their own to compete in the free market created by the TPP. Ron Svajlenko, a spokesperson for Unifor, which represents the auto workers union, said that “We continue to see various jobs leave this jurisdiction on a regular basis that head to low-cost jurisdictions around the world,” a process that the TPP would only speed up.

However, a loss of jobs and the damage done to certain domestic industries is only the beginning. According to The Nation, signing the TPP would cause countries to “conform all their domestic laws and regulations to the TPP’s rules.” This takes away the power of sovereign states to pursue domestic policy through regulation and legislation, as the TPP would have the power to impose sanctions or fines on the offending nations. This ignores a great deal of nuance – the twelve signatory nations of the TPP have very different domestic contexts, as they are spread across three different continents, occupy different places within the global context, and have very different styles of governments. But beyond simply ignoring the increased difficulty of dealing with specific domestic issues with new regulations that would go against the TPP guidelines, the real danger of the TPP is the dispute resolution framework which it proposes. Based on an expanded version of NAFTA’s chapter 11, the tribunal under the TPP would allow corporations to sue foreign governments for the implementation of regulations and restrictions that damaged their potential profits – regulations like quality controls, environmental regulations, and the like which exceed the guidelines laid out by the TPP.

This moves legal power away from governments and towards corporations, a dangerous proposition, because while most people have issues with the way that their government runs their country, governments are still representative of the people and pursue policies for, what they view as, the greater good of the nation. Multinational corporations do not have that motive for their actions – they are simply motivated by the pursuit of profit and will adhere to the bare minimum of regulation in order to maximize their profits and thus their competitiveness against other nations.

Even more concerning is the fact that the regulations outlined under the TPP cannot be easily increased or altered to meet changing global contexts. According to the Office of the United States Trade Representative, the TPP “can be amended, with the agreement of all Parties,” which means there must be a unanimous vote between all member nations before changes can be implemented.

In addition to the fact that TPP regulations will ignore domestic regulations that pay attention to national nuance, there are issues with specific TPP regulations. Wikileaks released the TPP chapter on Intellectual Property (IP) law on October 9th, which outlines the IP law regulations that must be put into place by all twelve member states. This would extend copyright law to the lifetime of the copyright holder, plus 70 years (Article QQ.G.6), harsh copyright infringement penalties (including the destruction of any device used to commit copyright infringement, even for non-commercial purposes: Article QQ.H.4), and allowing public access to the personal information of domain name registrants (Article QQ.C.12). The main issue with regulations like these is that they give rights holders a great deal of power in pursuing even small time infringement, such as downloading movies or ripping music off of a CD, while not allowing for things like fair use (in which copyrighted material is used for discussion, criticism, or parody), increasing the amount of time it takes for works to enter the public domain, and making the personal information of webmasters available online (most registration details are currently done by proxy to protect the identities of domain name holders, especially when they write about particularly controversial topics).

Beyond IP law and how it relates to media and the internet, the TPP also has a number of grave consequences to the pharmaceutical market. Articles QQ.E.16 and QQ.E.20 restrict the ability of other drug makers to produce drugs that are currently copyrighted, extending the period to at least five years from the initial copyright. This can have a massive effect on the healthcare industries in developing nations, as these regulations effectively grant pharmaceutical companies a monopoly on new drugs, allowing them to increase prices to levels that patients in developing nations may not be able to pay. Economic Nobel Laureate Joseph Stiglitz published an article in the Malaysian Insider in which he argues that such a provision would cause “some medicines [to] cease to be readily available in Malaysia.” This is more dangerous than the higher fines for copyright infringement and the unemployment that could result from lowering protectionist measures – this part of IP law, under the TPP, could directly prevent people suffering from illnesses from accessing medicine, either because of increased costs or because the newly introduced copyright laws would prevent readily available medicine from being sold.

The principle of free trade is not inherently flawed, though it can be seen as another example of American imperialism (China is notably absent from the TPP deal, despite being the second largest economy in the world according to the World Bank). However, the TPP is not an agreement that will bring about a golden age of economic well-being. While it pursues the commendable ideology of increased economic activity and a global consciousness, it ignores local nuances and moves power away from national governments towards international corporations, opening up a number of dangers that far outweigh the potential benefits, and which could actually cost lives. While the final draft of the deal has only just been finalized, the potential impact of such an agreement should encourage vocal and vehement opposition. There are other avenues of promoting economic activity which can be pursued, ones that still maintain the sovereignty of nations and do not promote business interests above the interests of the people.