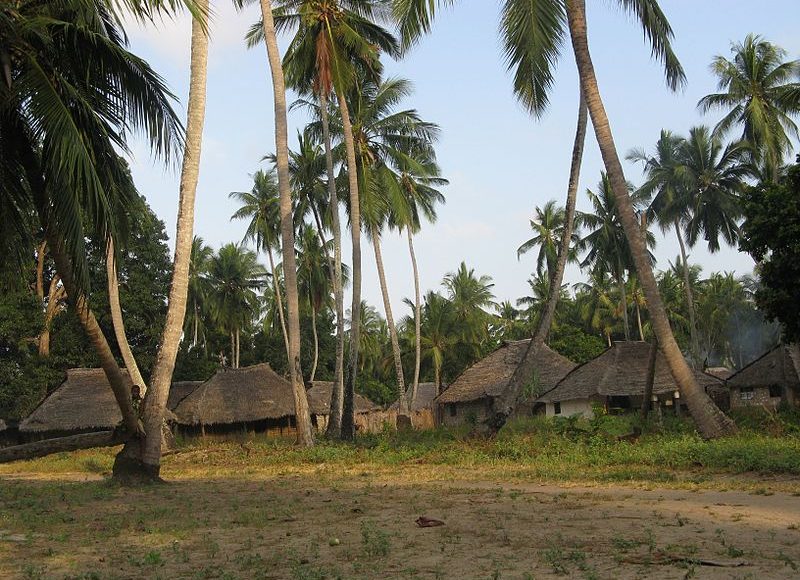 An example of the type of village that would benefit from universal basic income.
Share
Advertisement

Over the past decade, the implementation of universal basic income (UBI) programs has skyrocketed, and the concept has increasingly dominated economic policy debates. Universal basic income (UBI) has the potential to vastly reduce the incidence of poverty among the most vulnerable in every society and allows for periodic cash payments to be made to all members within a community without the need for work requirements or other qualifications.

Unlike conditional cash transfers (CCTs), which operate by making periodic cash payments to those who qualify under a set of predetermined income and work requirements, UBIs greatly reduce administrative costs and overheads related to ensuring compliance and allow for those who may not qualify for a CCT to receive a cash transfer. By reducing administrative costs and reaching more poor households than CCT programs, UBIs have the potential of being a more efficient means of distributing funds to the poor than current CCT programs, especially in developing countries.

A recent UBI pilot in rural Kenya has helped to shed light on the beneficial impacts of these programs on the social and economic lives of recipients. Researchers saw that the majority of the pilot’s UBI funds were used to invest into assets and ventures used to generate income to prevent against future financial distress. Rather than using the funds to purchase temptation goods such as alcohol, tobacco and entertainment, recipients sought to create more stable and consistent revenue streams to better themselves and their families on a long term basis. Such findings help disprove the common misconception that UBIs cause laziness and incompetence, and help shed light on the true positive economic impacts of UBI.

UBIs have become increasingly popular in emerging economies that lack the strong social institutions necessary to enforce compliance in a CCT program. In 2013, the NGO GiveDirectly launched a pilot UBI program in rural Kenya to determine the effects of unconditional transfers on the welfare and economic well-being of village members. Poor households in villages in rural Kenya received monthly no-strings-attached cash transfers via a mobile banking app, and recipients were asked to provide survey and consumption data for the duration of the program. Analysis of the effect of these kinds of programs on the economic and social outcomes of program recipients will undoubtedly have a significant impact on the development of future UBI programs.

GiveDirectly’s 2013 UBI pilot in Kenya provided monthly unconditional cash transfers valued between $404 and $1,530 (measured in USD) in monthly installments over nine months. The NGO then analyzed the effects of the transfers on recipient consumption, wealth, welfare, psychological well-being, and the overall impact on the village.

At the conclusion of the program, GiveDirectly found that the unconditional cash transfer helped households invest a significant portion of the funds into assets needed for self-employment activities (namely agricultural and farming activities). More specifically, households that received the transfer increased the value of their assets by $279 compared to similar households not included in the pilot program. Investments at the household level translated into permanent increases in revenue from agriculture, animal husbandry, and other non-agricultural enterprises due to purchases of newer, more productive machinery and assets. It is quite clear that UBI allowed the recipients to invest in stable and long term revenue streams, preventing financial insecurity and protecting against any potential future shocks such as illness or natural disaster.

GiveDirectly also sought to determine the psychological well-being and possible reductions in stress in transfer recipients. By collecting cortisol samples from recipients through the duration of the program, the researchers were able to quantify the overall reduction in stress related to the transfer, as cortisol is typically released in high-stress situations. They found that program recipients had significantly lower cortisol levels when compared to non-recipients, which suggests a causal effect of poverty alleviation on reductions in stress levels. More traditional survey questions also saw recipients self-report higher overall levels of happiness and life satisfaction, as well as significantly lower overall levels of depression.

Many critics of UBI programs claim that unconditional cash transfers will inevitably lead to an increase in the purchase of temptation goods, namely alcohol and tobacco. The GiveDirectly pilot program found that this is not the case, as recipients generally did not change their spending behaviour for temptation goods. Instead, the greatest changes in spending behaviour were for food expenditures and food security, and durable assets such as housing renovations and equipment purchases.

An interesting consequence of the GiveDirectly pilot was the cash transfers’ effect on female empowerment. While transferring money to the primary male in a household led to larger effects on investments into business-related assets and consumption, transferring to the primary female in a household saw improvements in outcomes more likely to benefit children, such as in food security, health, and education, as well as larger improvements in psychological well-being and self-reported female empowerment. It could be possible that future UBI programs will be able to help improve women’s social status and autonomy in addition to the more traditional economic effects.

The 2013 GiveDirectly pilot helps debunk the argument that unconditional cash transfers cause recipients to become lazy, mooching members of society. If anything, the majority of recipients use the funds to better their own economic and social situation, by investing in their businesses, education, and home environment. The lazy welfare argument, which claims that the poor are poor due to their own laziness or lack of motivation, is unambiguously false. Such rhetoric is toxic in nature and does not take into account the barriers of entry faced by households in poverty. To truly help the poor, we as a society must provide them with the means to invest in themselves and their future. Universal basic income provides a very practical means to do so. UBI would be especially suited to developing nations, as NGOs have already shown us that modest monetary investments into economically disadvantaged communities can lead to profound impacts.

The featured image by jm whalen is licensed under CC BY 2.0.

Adam is a U2 student currently pursuing a degree in Economics with a minor in Finance. He specializes in Environmental and Developmental Economics and is a self-described political junkie.