Why US Must Expand, Not Withdraw, Forces From Syria 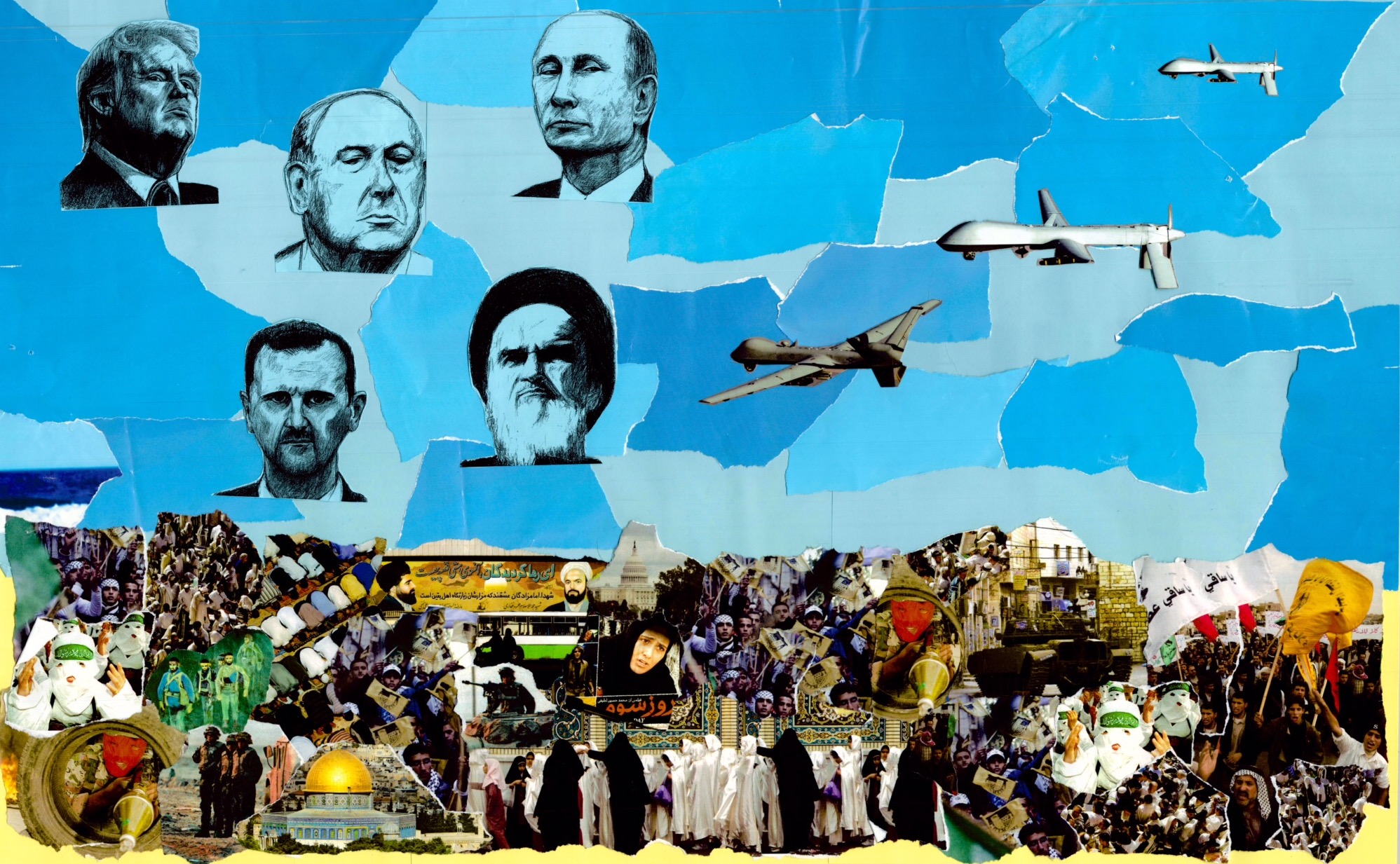 In early April, President Trump stated that the US should withdraw its military forces from Syria. Secretary of Defense Mattis seems to have persuaded Trump to postpone this plan for at least six months, citing strategic necessity, with which I fully agree. Beyond that, however, US forces must not only remain in Syria, but be further augmented to make the US a credible player in shaping a permanent solution to the war that ravaged the country, ensuring the security of our allies, and stabilizing the region.

We must carefully review the advantages and disadvantages of leaving or staying, especially now that the turmoil in the region is likely to intensify rather than subside in the wake of the US’ withdrawal from the Iran deal. The reasons for staying and further boosting US forces in Syria are manifold.

First, the pull out of US forces within the next six months—at a time when Iran is in the process of establishing several permanent military bases in Syria, loaded with medium and long-range missiles that can reach any part of Israel—is a recipe for war between Israel and Iran. Although Israel has and will continue to attack Iranian military installations in Syria, the presence and further augmentation of US forces will, in and of itself give credence to the US’ recent demands that Iran leave Syria and stop threatening Israel’s existence with impunity.

Second, whether or not Iran continues to adhere to the terms of the nuclear deal, the American withdrawal from it would motivate Iran to further destabilize the region, support extremist groups, and accelerate its ballistic missiles program. The question is, will Iran end its malignant activities and walk away from the central pillars of its foreign and security policies, including its involvement in Syria and Yemen? There is no doubt that the continued and enlarged American military presence in Syria would force Tehran to think twice before it further entrenches itself in the country, fearing American retaliation that Iran cannot take lightly.

Third, for decades US allies in the region (the Gulf states, Jordan, and Israel) have and continue to depend, to various degrees, on the US’ protection of their national security. It is true that the US has a huge military and naval presence in the Mediterranean and the Gulf, but America’s beefed-up presence in Syria, where the real battle for dominance between adversarial powers in the region is taking place, is central. Without American military presence, the US will not be in a position to influence the development of events post-ISIS’ defeat. It will be left to Russia, Iran, and to a lesser extent Turkey to determine the future of Syria, when in fact American allies in the region will be adversely affected in one form or another by the nature of any outcome.

Fourth, the continuing military presence of the US and its further enlargement will prevent ISIS from reemerging in Iraq and Syria. No one should mistake the defeat of ISIS in the battlefield with its ideological durability. They have already emerged in many countries in the Middle East, North Africa, and Europe, and remain a menace to America’s friends and allies in the region. The US’ military presence on Syrian soil has both practical and symbolic implications that ISIS cannot ignore, given their experience in fighting US forces, which was the most significant factor that led to their ultimate defeat.

Fifth, nothing will deter the main antagonistic players in Syria—the Assad regime, Russia, Iran, and Turkey—other than a robust American military presence. These countries understand the language of force better than anyone else. I am not suggesting the US should ready itself to fight against any of these powers. The mere American presence, however, sends a clear message that the US intends to play a weighty role in the search for a solution that will protects its own national interests and those of its allies.

Sixth, since the advent of the Obama administration and now under Trump, the US by its own inconsequential involvement has sent a clear signal that it has no geostrategic or security interest to be deeply involved in Syria’s civil war. The US merely settled on providing marginal financial and limited military training to the rebels in their fight against the Assad regime. This indecisive approach was nothing but a dismal failure. The absence of American military muscle in Syria has marginalized the US while allowing Russia, Iran, and Turkey to disregard the US without suffering any consequences.

The abscence of a robust American military presence in Syria allowed Iran to play a major role in the country and secure a contiguous landmass from the Gulf to the Mediterranean; gave an entirely free hand to Russia, making it the ultimate arbiter in the country; emboldened Turkey to conduct massive military incursions into Syria aimed at establishing a permanent presence in the country; and raised serious doubts about America’s commitment to its allies’ security in the region.

This dangerous slide cannot be reversed by simply bombing some of Assad’s chemical facilities and storage, as Trump has done twice in the past because of Assad’s use of chemical weapons against his own civilians. Although killing nearly 4,000 Syrians over the past seven years with chemical weapons is atrocious and beyond the pale, what about the more than 500,000 who were mercilessly slaughtered by conventional weapons?

America’s military absence is a factor, and no one who knows the dynamic of the conflict, the power plays, and the continuing volatility of the region can suggest otherwise.  Even a cursory review of the conflicts currently raging in the Middle East suggests that the US’ stature is diminishing, and we are much worse off today than we were in the year 2003.

The disastrous Iraq War has massively destabilized the region and we are still suffering from its consequences. The war gave rise to the bitter Sunni-Shiite conflict, Iran was handed a golden opportunity to entrench itself in Iraq and subsequently in Syria while playing a significant role in the civil war in Yemen, it galvanized the emergence of ISIS, and thrust the Middle East into turmoil, the end of which is far from insight.

Yes, history is instructive, and the US, regardless of its global geostrategic national interests, cannot involve itself in every conflict. That said, the US must not be paralyzed by past misguided policies. The US has moral and practical obligations to carefully examine each conflict on its own and determine its long and short-term ramifications if we act, and what would happen if we don’t.

The US cannot impact the development of events in Syria without a credible and strong military backing to deter any adversary from acting in any way deemed inconsistent with the US’ and our allies’ interests. I hope that Secretary of Defense Mattis, who seems to have a clear grasp of the reality in Syria, will convince Trump to embrace this approach and prevail.

As long as America remains on the right side of history and upholds its moral obligations, it will reclaim its global leadership role, which is sorely lacking.

Dr. Alon Ben-Meir is a professor of international relations at the Center for
Global Affairs at NYU. He teaches courses on international negotiation and
Middle Eastern studies.
alon@alonben-meir.com